ECU Wins Series Opener At UCF, 12-7 | Eastern North Carolina Now | All nine starters for East Carolina tallied at least one base knock while the Pirates plated 10 runs in the fourth inning to secure a 12-7 series opening win over UCF Thursday night in American Athletic Conference play. 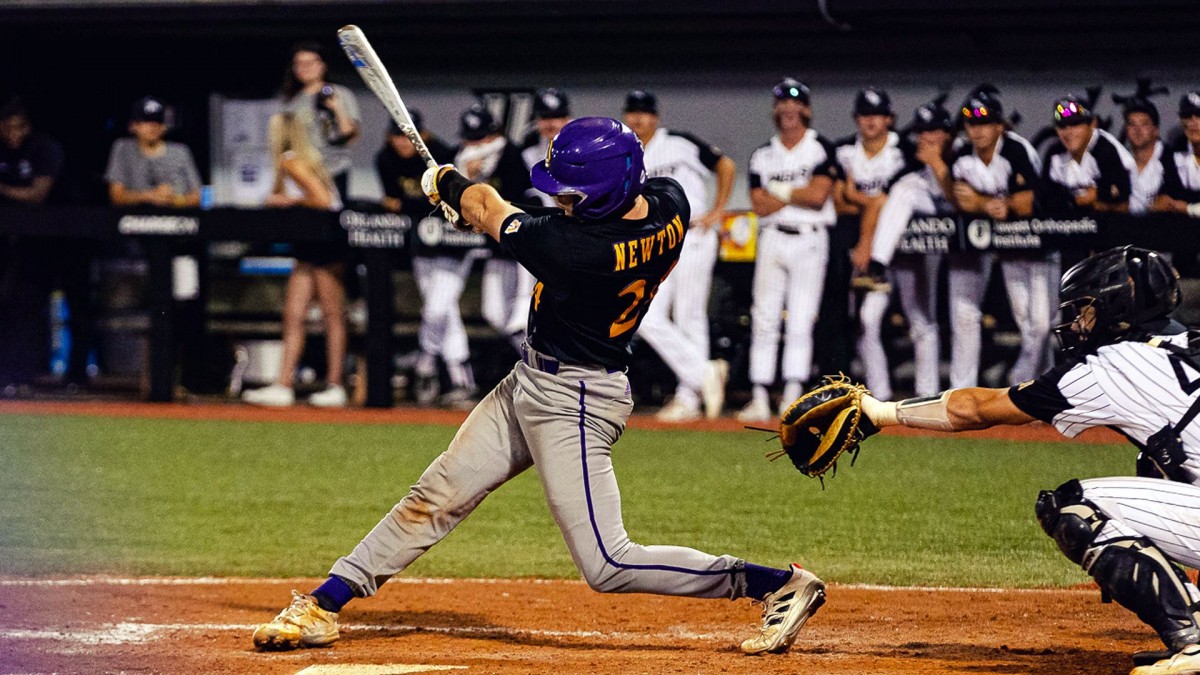 All nine starters for East Carolina tallied at least one base knock while the Pirates plated 10 runs in the fourth inning to secure a 12-7 series opening win over UCF Thursday night in American Athletic Conference play. With the win the Pirates improved to 20-15 on the season and 5-2 in league play, while the Knights dropped to 21-13 and 5-3.

Trailing 6-2 after three innings of play, the Pirates registered 10 hits and put a 10-spot on the board taking a 12-6 lead and never looked back. ECU opened the frame with three consecutive base knocks in Alec Makarewicz' double, Bryson Worrell's single and Ben Newton's RBI single before the first out was recorded. Two batters later Lane Hoover singled home Worrell and after Josh Moylan reached on a Knights error, Cam Clonch plated Newton on a sac fly.

From that moment, ECU tallied six two-out hits that led to seven runs. Jacob Jenkins-Cowart plated Hoover with an RBI single through the right side, which was followed by and EVI single by Jacob Starling, a two-RBI base knock up the middle from Makarewicz and a two-run homer by Worrell - his fourth of the season. Newton kept the inning going when he was hit by a pitch, Agnos singled to right field and Hoover recorded his second hit of the frame with a shot to right field before Agnos was thrown out at the plate giving the Pirates a six-run advantage, 12-6.

Ryder Giles (4-0) picked up the win allowing six tuns (two earned) on seven hits with four strikeouts in five innings before the game was delay one-hour and three minutes for lighting in the area. When play resumed, Garrett Saylor took over pitching the final four frames where he allowed one run (earned) on three hits with four punch outs notching his third save of the year.

UCF jumped out to an early 2-0 lead pushing across a pair of runs across in the first. Gephry Pena reached on a led off double to shallow center, took third on Alex Freeland's ground out and scored on Noah Orlando's grounder to second. Lex Boedicker plated the second run with a solo shot to right-center, the first of his career.

Starling's fourth home run of the season knotted the game at two-all in the second inning. Jenkins-Cowart walked to begin the stanza and came around to score on Starling's no-doubter to left field giving Staine his first earned runs of the season.

The Knights took a 6-2 lead after a four-run third frame on three hits and a pair of ECU errors. With the bases loaded and two outs, Ben McCabe laced a single back up the middle pushing across Pena and Orlando. Andrew Sundean followed with an RBI single to right pushing across Boedicker and Sundean would also touch home on an ECU throwing miscue.

UCF scored a run in the eighth inning thanks to Michael Brooks' sac fly capping the scoring at 12-7.

The two clubs will continue the series Friday, April 15 with a 6 p.m. (ET) scheduled first pitch and will be streamed on ESPN+.
Go Back