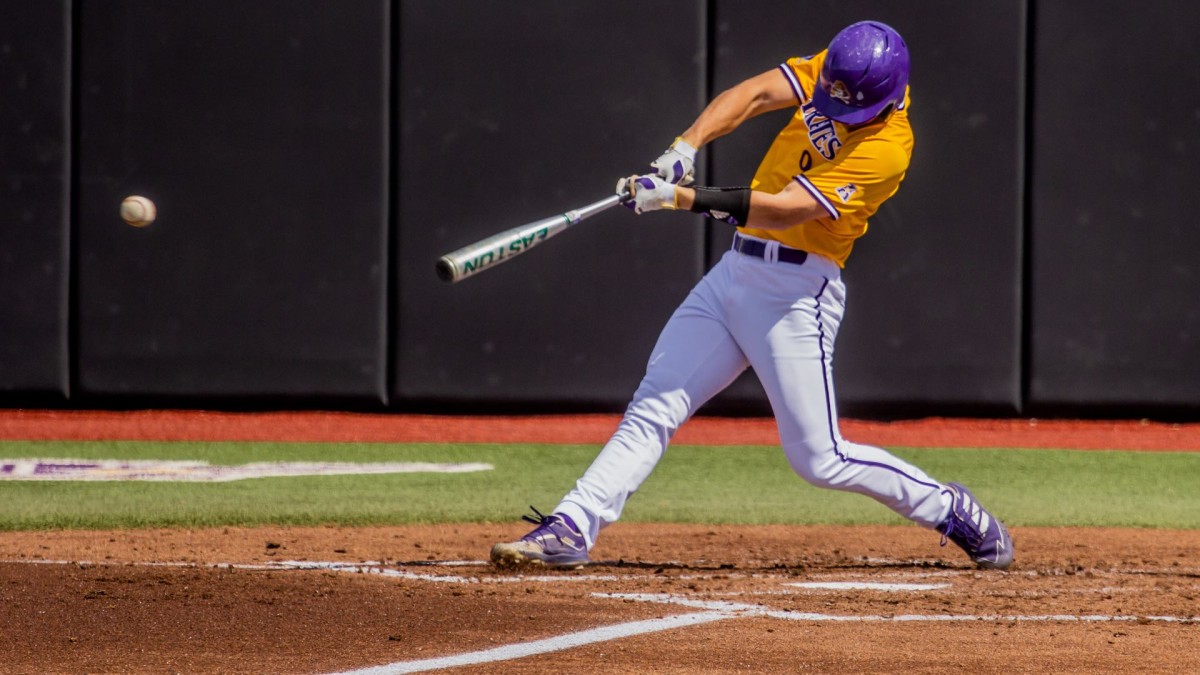 East Carolina completed the American Athletic Conference weekend series sweep Saturday with a 10-1 victory over UCF at John Euliano Park. With the win, the Pirates improved to 22-15 on the season and 7-2 in league play moving into first place in the standings, while the Knights dropped to 21-15 and 5-4.

In a scoreless tie going to the fifth inning, ECU exploded with eight runs on six hits to take a commanding a 8-0 lead. Zach Agnos led off with a single through the right side, which was followed by Lane Hoover getting on base after being hit by a pitch and Josh Moylan loaded the bases. Cam Clonch plated the first runs of the game with a two-RBI double down the right field line scoring Agnos and Hoover. Jacob Jenkins-Cowart kept the hitting going with a two-RBI base knock through the left side plating Moylan and Clonch.

The inning continued with Jacob Starling (left side) and Bryson Worrell (bunt single) getting hits to load the bases for Alec Makarewicz, who blasted his team-leading home run (grand slam) clearing the bases for the eight-run fifth frame.

Jacob Hunter (1-1) earned his first collegiate win tossing three scoreless frames where he allowed one hit, struck out two and faced the minimum on the day (nine batters). Josh Grosz allowed one run (earned) on two hits with a walk and one punch out before Trey Yesavage entered the game in the bottom of the sixth. Yesavage worked 2.1 scoreless frames with four strikeouts, while Wyatt Lunsford-Shenkman closed out the game allowing two hits in his inning of relief.

ECU added to its lead in the sixth scoring two more runs for a 10-0 advantage. Clonch drew a leadoff walk then was lifted for pinch runner Joey Rezek. Jenkins-Cowart followed with a single to left field and was also lifted for Carter Cunningham before Starling moved the runners up 90-feet on a sac bunt. Worrell reached on a fielding error by Ben McCabe at first driving in Rezek where Cunningham would also score thanks to the errant play.

Noah Orlando finally got UCF on the board with a two-out solo shot to left field making it a 10-1 Pirate lead.

Offensively the Pirates recorded 12 hits with Agnos leading the way with three. Also registering multiple hits were Jenkins-Cowart, Makarewicz, Stewart and Worrell with two each. Makarewicz drove in four runs with his first career grand slam, while Clonch and Jenkins-Cowart added two.

ECU returns to the diamond Tuesday when it plays host to instate foe UNCW at Lewis Field inside Clark-LeClair Stadium. First pitch is slated for 6:30 p.m. (ET) and will be streamed on ESPN+.
Go Back