Pirates Even Series in New Orleans, 8-3 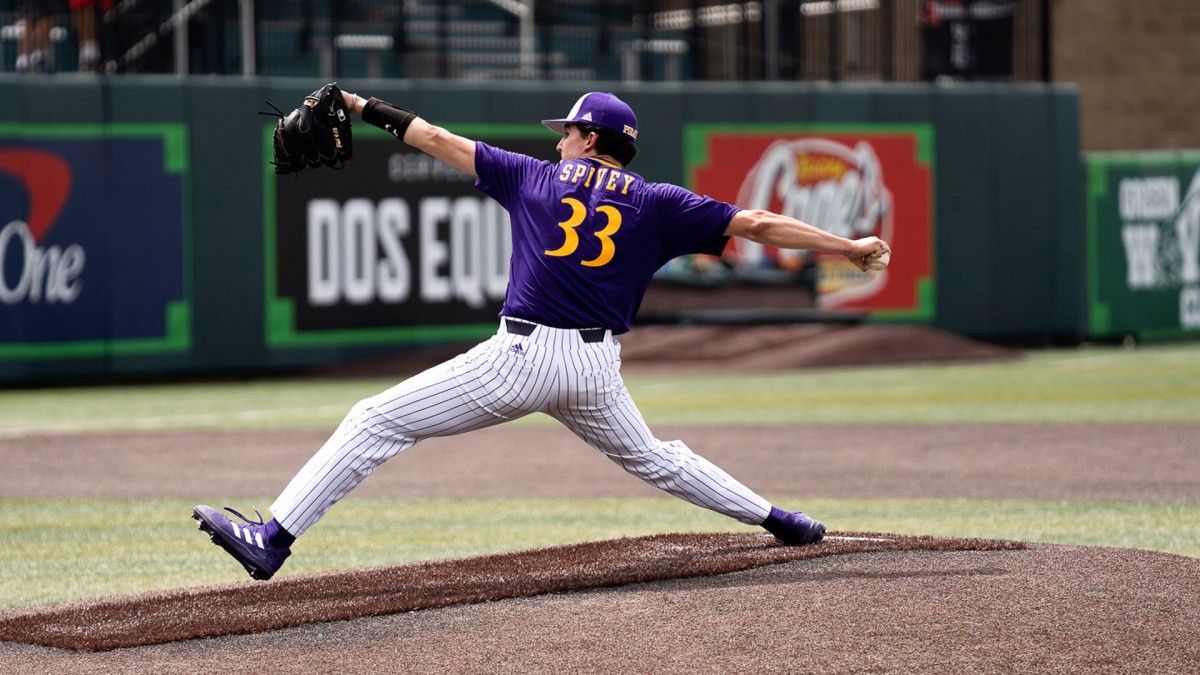 NEW ORLEANS, La. - Carter Spivey tossed a career-high 7.1 innings of relief with seven strikeouts, while East Carolina belted four home runs in an 8-3 series tying win over Tulane Saturday afternoon in American Athletic Conference play. With the win the Pirates improved to 24-16 overall and 8-3 in league play and the Green Wave dropped to 25-14-1 and 7-4.

Spivey (3-0) entered the game in the second inning with the Pirates trailing 2-1 and a runner on first base. The right-hander got a fly ball to end the frame and then retired 13 straight until the top of the seventh inning. Bennett Lee reached on an infield single to begin the inning and the was erased on a double play two batters later. At one point, Spivey had 19-up and 19-down going to the ninth. In all, Spivey scattered three hits, allowed one run (unearned) with one walk as he tied his career-high with seven strikeouts. Starter CJ. Mayhue allowed two runs (both earned) on two hits with one strikeout before passing the ball to Spivey.

Jacob Jenkins-Cowart hit the first of his two home runs on the day in the first inning giving ECU an early 1-0 lead with his shot to right-center.

Tulane responded in the home half of the first on back-to-back home runs from Luis Aviles (left-center) and Jackson Linn (right-center) for a 2-1 advantage.

Cam Clonch's fourth home run of the season highlighted a four-run third inning giving the Pirates a 5-2 lead. Bryson Worrell plated Zach Agnos on an infield single down the first base line and with the bases juiced, Jacob Starling drew a walk plating Lane Hoover. Worrell would score on a passed ball later in the stanza accounting for all four runs.

ECU added two runs in the fifth thanks to back-to-back home runs by Jenkins-Cowart and Worrell pushing the lead to 7-2.

Starling's bases loaded hit by pitch in the seventh Jenkins-Cowart and the Green Wave finally scratched a run across on Spivey in the ninth when Chase Englehard reached on a throwing error.

ECU and Tulane will close out the series on Sunday, April 24 with a 1 p.m. (ET) scheduled first pitch and will be streamed on ESPN+.
Go Back