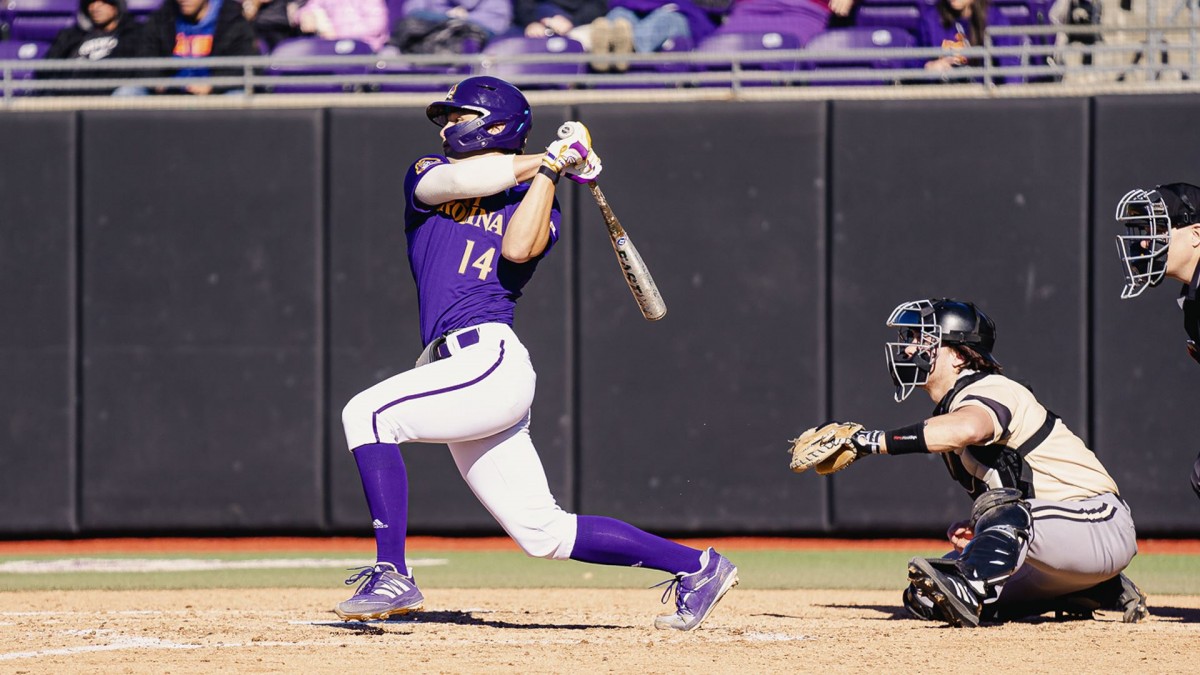 NEW ORLEANS, La.     Dylan Carmouche allowed four runs over seven-plus innings, while Trevor Minder (five) and Jackson Linn (three) combined for eight RBI as Tulane took game one of the American Athletic Conference series Friday over East Carolina,11-5. With the win the Green Wave improved to 25-13-1 overall and 7-3 in league play and the Pirates dropped to 23-16 and 7-3.

Carmouche (5-1) was one out away from a run-rule victory but gave up a pair of runs in the seventh for a 10-2 lead. Carter Cunningham hit his second home run of the season on a first pitch offering. Joey Berini kept the inning going for the Pirates with a double down the left field line and Bryson Worrell's single up the middle pushed across Berini.

The lefty for Green Wave earned the win giving up four runs (all earned) on seven hits with two walks and four strikeouts. Keaton Knueppel worked two innings surrendering one run (earned) on two hits with a walk.

In a battle of the top two teams in The American, Tulane struck first scoring a run in the second frame and taking an early 1-0 lead. With one away, Chase Englehard tripled down the right field line place a ball just inside the foul line and past a diving Jacob Jenkins-Cowart. Trevor Minder plated Englehard with a sac fly to deep left field for the game's first run.

Tulane added to its lead in the third scoring three runs and making it a 4-0 ball game. Luis Aviles laced an one-out triple to center past a diving Bryson Worrell and came around to score on Jackson Linn's two-run blast to the right of the batters-eye. Minder's second RBI of the contest, a bloop single to left, capped the frame for the Green Wave. Bennett Lee singled through the left side with two outs, took second on a wild pitch and crossed home Minder's jam-shot just out of the reach of a converging Zach Agnos and Lane Hoover.

A six-run Green Wave fourth inning, highlighted by Minder's two-run home to left field pushed the lead to 10-0. Linn plated the first run on a sac fly to left pushing across Jared Hart. With the bases juiced, Lee drew a walk scoring Ethan Groff, which was followed by a two-RBI single from Englehard and a two-run homer from Minder.

Agnos' second home run of the season pulled the Pirates within six, 10-4, in the eighth inning. Justin Wilcoxen doubled to left field to start the frame and came around to score on Agnos' two-run shot off the batters-eye in center field.

Minder drove in his fifth run of the contest, a career-high, with a sac fly in the eighth that extended Tulane's lead to 11-4.

Worrell blasted his sixth home run of the season to left field in the ninth inning capping the game at 11-5.

Offensively the Pirates were led by Agnos and Worrell who each had two hits and drove in a pair of runs. In all seven different players tallied at least one base knock.

The two teams will be back in action on Saturday, April 23 for game two of the weekend series. First pitch from Greer Field at Turchin Stadium is slated scheduled for 3 p.m. (ET) and will be streamed on ESPN+.
Go Back