Published: Thursday, May 19th, 2022 @ 1:59 am
By: Carolina Journal   ( More Entries )
Publisher's Note: This post appears here courtesy of the Carolina Journal. The author of this post is David Larson. 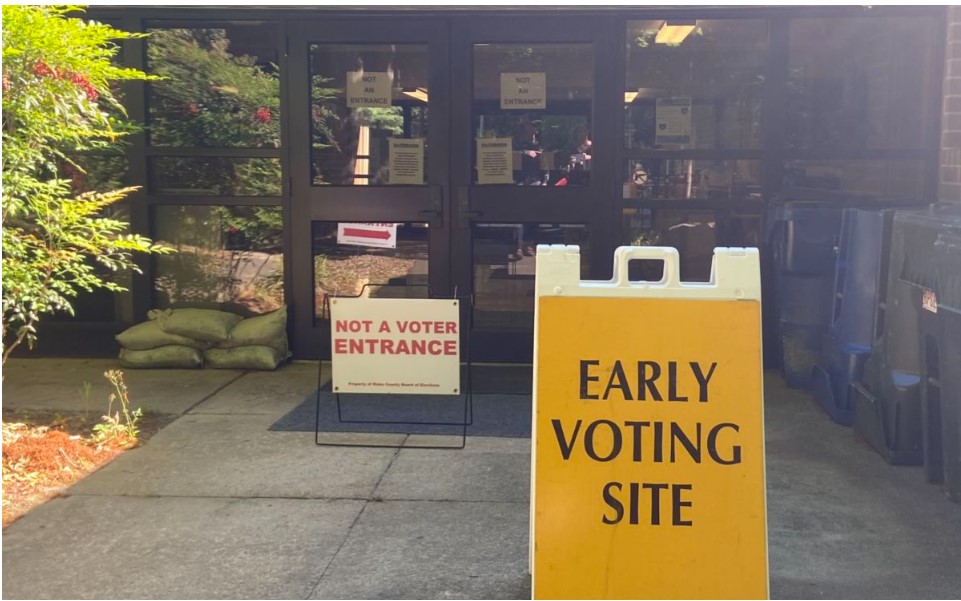 
Republican ballots ran about even with Democrat ballots as of the close of early voting. According to data from the N.C. Board of Elections, 577,232 voters cast a ballot early, with 290,226 of those voters requesting a Democrat ballot and 284,568 voters requesting a Republican ballot, giving Democrats a 50.3% to 49.3% edge. But for context, in 2020, 68% of early ballots requested were for the Democratic primary.

In a typical election year, the assumption is that Democrats will dominate early voting and Republicans will catch up on election day. But in 2022, at least during the primary, this usual pattern has gone out the window due to unaffiliated voters being much more likely to choose GOP ballots.

While registered Democrats have a clear advantage in early-voting turnout over registered Republicans 233,172 to 189,962, once unaffiliated voters are added in, the numbers even up. Among unaffiliated voters who voted early, 94,606 (62%) chose Republican ballots and 57,054 (37%) have chosen Democrat ballots. This all can be seen on the Civitas Institute's "Vote Tracker" site.

"The early voting data so far is a sign that having an interesting race at the top of the ticket drives turnout," said Andy Jackson, director of the John Locke Foundation's Civitas Center for Public Integrity. "While Democrats traditionally vote early more often than Republicans do, around half of all voters have requested Republican ballots so far this primary. That is most likely because Republicans have an interesting race for U.S. Senate while the Democrats have a coronation."

Jackson was referencing the tight race for the GOP's U.S. Senate nomination between former Gov. Pat McCrory and U.S. Rep. Ted Budd. The Democrats' presumed nominee in the race, former N.C. Supreme Court Chief Justice Cheri Beasley, however, does not have a serious primary and has secured support from key leaders in her party.

But this Republican advantage among unaffiliated voters is not uniform across the board.

"There is significant variation by congressional districts, which reflects both differences in party registration numbers in different parts of the state and how interesting the races are in those areas," Jackson said. "For example, 61% of all voters in the 11th District (in western North Carolina) have requested Republican ballots, while 70% of voters in the 1st District (in northeastern North Carolina) have requested Democratic ballots."

The 11th District features incumbent Republican Rep. Madison Cawthorn, who is seeing an usually competitive primary for an incumbent. Many Republicans have distanced themselves from Cawthorn, after a series of negative stories, and some have even endorsed his top rival in the race, state Sen. Chuck Edwards of Hendersonville.

With a larger percentage of Republican-registered voters still likely to vote on election day when compared with Democrat-registered voters, the current numbers could signal a larger overall turnout in the 2022 primaries. The trend of unaffiliated voters leaning Republican in the primaries could also hint towards a good general election for the North Carolina GOP in November.
Go Back