Russia's aggression against Ukraine has led to widespread support in Finland for joining NATO, with parliament voting overwhelmingly to do so, and polls showing support of 80% of the citizens.  Russia's sending new troops and weapons to their border have revived memories of the 1939-40 "winter war" when the Soviet Union invaded Finland, which fought the Soviets to a standsill, inflicting very heavy casualties.  Soviets lost 126,900 soldiers killed, and 3,500 tanks and 500 aircraft destroyed among the one million soldiers they sent into Finland.  Finnish losses were very substantially less.

One hero who is being remembered is a Finnish sniper from the Winter War, whose nom de guerre was White Death due to the hooded white snowsuit he wore while sniping Soviet soldiers.  White Death was the most prolific sniper in history, killing 500 Soviet soldiers.  A biopic film on his exploits is being planned.

Gun stores are doing a booming business as Finns arm themselves to defend their country if necessary.  Children as young as 7 are being enrolled in firearms courses. 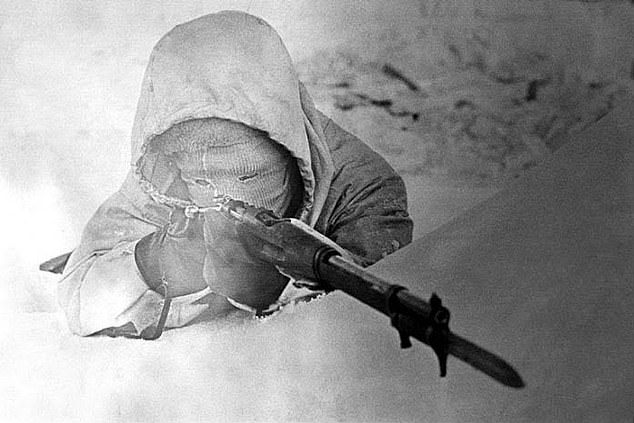