ECU Walks Off Houston On Senior Day, 3-2 | Beaufort County Now | No. 21 East Carolina closed the 2022 regular season in dramatic fashion in a couple ways Saturday afternoon by walking off Houston, 3-2, in the 10th inning and extending its win streak to a nations-best 14 games on senior day. 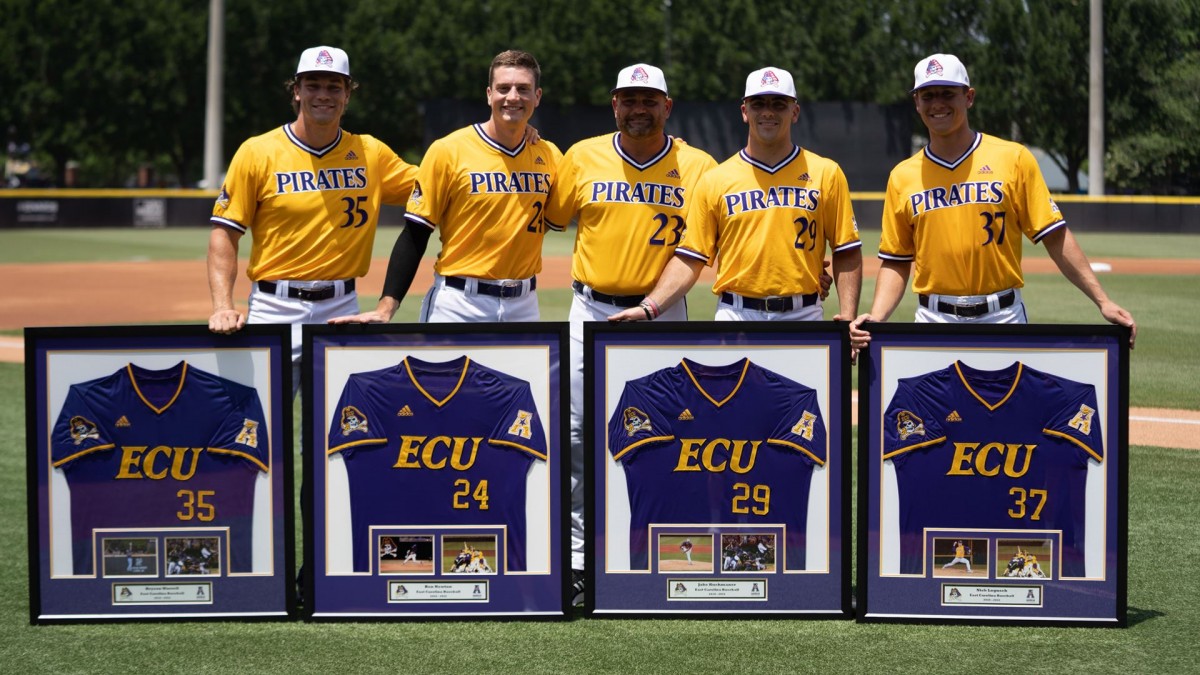 GREENVILLE, N.C.     No. 21 East Carolina closed the 2022 regular season in dramatic fashion in a couple ways Saturday afternoon by walking off Houston, 3-2, in the 10th inning and extending its win streak to a nations-best 14 games on senior day. With the victory, the Pirates improved to 38-18 overall and 20-4 in American Athletic Conference play - their third consecutive 20-win season in The American - while the Cougars dropped to 34-22 and 13-11.

With the score knotted at two-all and one out in the 10th frame, Lane Hoover doubled to shallow center for his third hit of the contest. Bryson Worrell, one of four graduating seniors, followed with an infield single to second allowing Hoover to reach third. But on the throw over to first, where the Cougar pitcher Maddux Miller was running towards the bag, Hoover darted home scoring the game-winner for the Pirates first walk-off win of the season.

Houston pushed across a pair of runs in the second inning taking an early 2-0 lead. With two away, Santiago Garcia singled to center and took third on Lott's double down the right field line. Both runners would score on Samuel Benjamin's two-RBI single to right center.

Worrell's opposite field single in the third got the Pirates on the board cutting into the lead, 2-1. Justin Wilcoxen was hit by a pitch to begin the frame and took second on Lane Hoover's infield single. Worrell plated his 41st run of the season with a single to left scoring Wilcoxen from second.

Offensively, the Pirates tallied nine hits getting three each from Hoover and Worrell. Agnos, Jenkins-Cowart and Ben Newton each chipped in with one a piece, while Worrell plated a pair of runs and scored once to lead the Pirates,

ECU will return to the diamond on Tuesday, May 24 when it faces South Florida in the second game of the 2022 TicketSmarter American Baseball Championships. First pitch is slated for approximately 12:30 pm (ET) at BayCare Park in Clearwater, Fla. and will be streamed on ESPN+.
Go Back