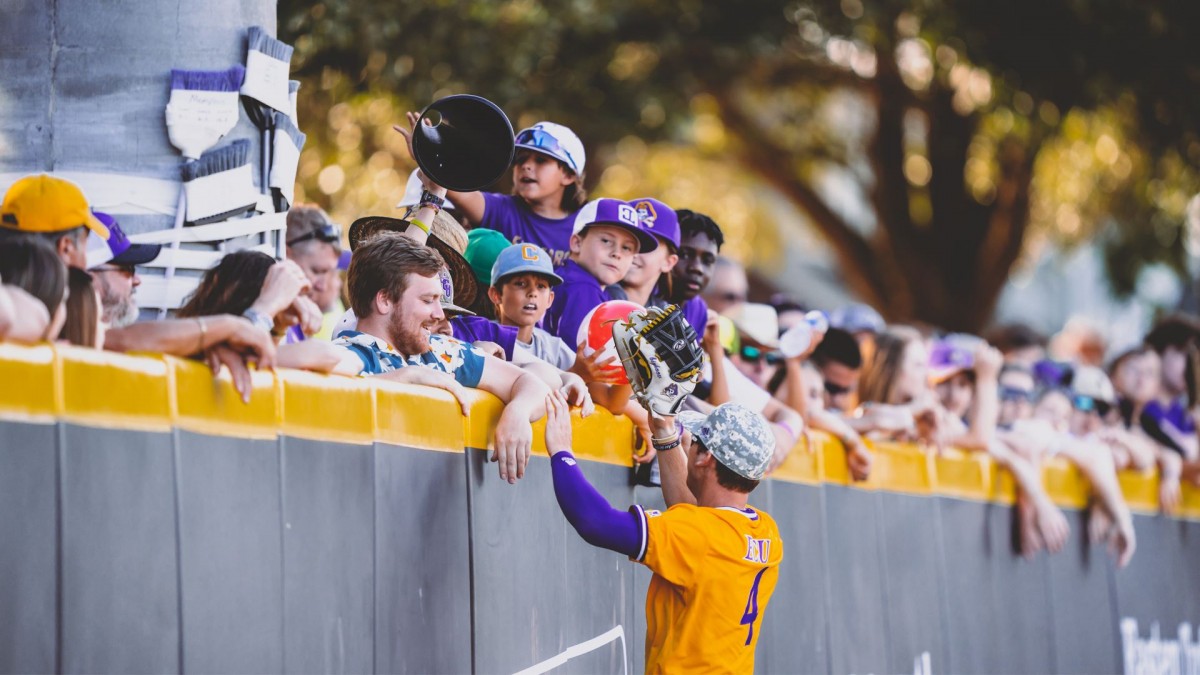 GREENVILLE, N.C.     Nick Parker tossed a career-high eight scoreless innings with a personal-best 10 strikeouts helping Coastal Carolina to a 9-1 win over No. 8 National Seed East Carolina Sunday night during the 2022 NCAA Greenville Regional Championship at Lewis Field inside Clark-LeClair Stadium. With the win, the Chanticleers (39-19-1) forced a rematch against the Pirates (44-19) Monday afternoon at 1 p.m. (ET) with the winner advancing to the super regional round.

Coastal, the home team in the contest, jumped out to an early 3-0 lead in the first inning and never looked back. Tyler Johnson and Chris Rowan, Jr. hit back-to-back home runs to open the scoring. Austin White drew a leadoff walk and came around to score two batters later on Johnson's 18th round tripper of the season, a shot to left center. On the next pitch, Rowan Jr. belted his eighth homer of the year, a solo shot to right field.

Parker (6-3) earned the win allowing just three hits with a pair of walks to go with his 10 punch outs. Reece Maniscalco tossed one inning of relief allowing one run (earned) on one hit with two strikeouts to force another game.

Coastal added to its lead with a three-run third making it a six-run ballgame, 6-0. Eric Brown walked to begin the frame, moved to second on Johnson's single through the right side and landed on third on Rowan's sac bunt. Nick Lucky's three-run blast to right field, his seventh of the season, capped the scoring in the frame.

The Chanticleers would add run in the sixth, seventh and eight frames extending the lead to 9-0.

ECU finally got on the board avoiding the shutout when Bryson Worrell team-leading 17th home run, a solo shot to right field, in the ninth frame. The homer was his 37th of his career moving him into a tie for sixth place all-time in the Pirate record books with Calvin Brown (1987-90).

The Pirates, who had their 20-game win streak snapped, tallied just four hits on the night getting one each from Zach Agnos, Ben Newton, Jacob Starling and Worrell.
Go Back