Regional Champs, See You Back In Greenville, N.C. 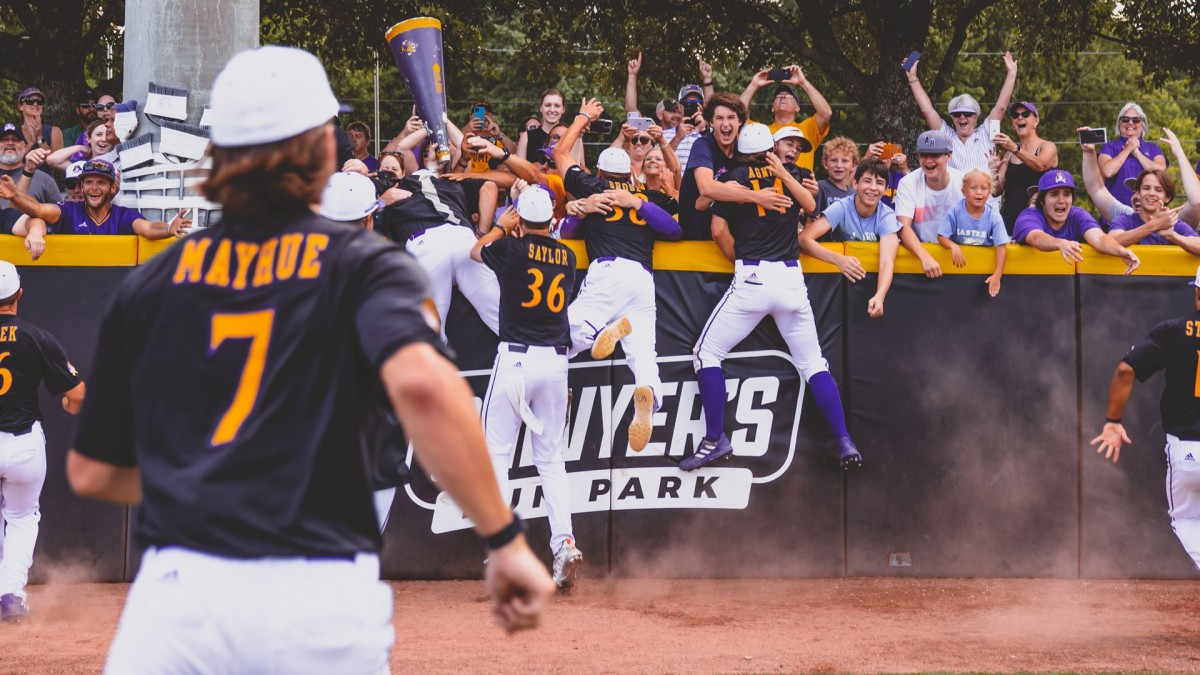 GREENVILLE, N.C.     For the third-straight year and seventh time in program history, the East Carolina baseball claimed a regional title Monday afternoon defeating Coastal Carolina 13-4 at Lewis Field inside Clark-LeClair Stadium. With the win, the Pirates improved to 45-19 overall while the Chanticleers dropped to 39-20-1.

The Pirates, who are the No.8 National Seed, will now host No. 9 Texas this weekend in a three-game super regional with the winner advancing to the College World Series. For ECU, it marks the second time the storied program will host a super regional, but the first on campus. Game days and times have yet to be determined.

ECU wasted little time in getting on the board plating a pair of runs in the first inning for an early 2-0 lead. Zach Agnos led off with a walk and two batters later scored on Bryson Worrell's triple down the right field line. Jacob Jenkins-Cowart's pushed across Worrell with a sac fly to left field.

Jenkins-Cowart's two-RBI single in the third extended the Pirates lead to 4-0. Once again Agnos got things going this time with a single up the middle and then stole second base. Lane Hoover's ground out to second pushed him to third before Worrell walked putting runners on the corners. Jenkins-Cowart laced a single down the right field line clearing the bases for this second and third RBI of the contest and his team-leading 57th of the season.

Nick Lucky's third home run of the regional cut the Pirates lead in half, 4-2, in the fourth inning. With two away and Chris Rowan, Jr. standing on first following a fielder's choice, Lucky belted a two-run shot to right field.

Hoover delivered an insurance run for the Pirates in the sixth inning pushing the lead to three, 5-2. Alec Makarewicz walked to start the stanza and with one out, Agnos drew the second free pass of the frame putting runners on first and second. Makarewicz took third on a wild pitch while Agnos was thrown out trying to take third. Hoover singled up the middle plating Makarewicz.

ECU broke the game wide open in the seventh scoring eight runs on eight hits taking a commanding 13-2 lead after sending 13 hitters to the plate. Josh Moylan had an RBI single to right field to plate the first run (Worrell). It was followed by a two-RBI single from Jacob Starling, a sac fly by Agnos, an RBI single by Hoover through the right side and was capped off by Worrell's three-run homer - his 18th of the season and 38th of his career.

Coastal would add two runs in the ninth on Tyler Johnson's two-run homer to left field capping the scoring at 13-4.

Worrell, who was named the Most Outstanding Player, led the Pirates' 17-hit attack going 4-for-4 with four RBI and scored four runs. Agnos (two), Joey Berini (two), Hoover (two), Jenkins-Cowart (three) and Starling (three) each had multiple base knocks in the game. Six different players drove in at least one run, while seven different crossed the plate.
Go Back