I understand that There Are Some of You Who Are Tired Of Foolishness, Silliness & Craziness. I Always Aim To Please So This Your Big Day! | Eastern North Carolina Now | Father once knew best but...

I understand that There Are Some of You Who Are Tired Of Foolishness, Silliness & Craziness. I Always Aim To Please So This Your Big Day! 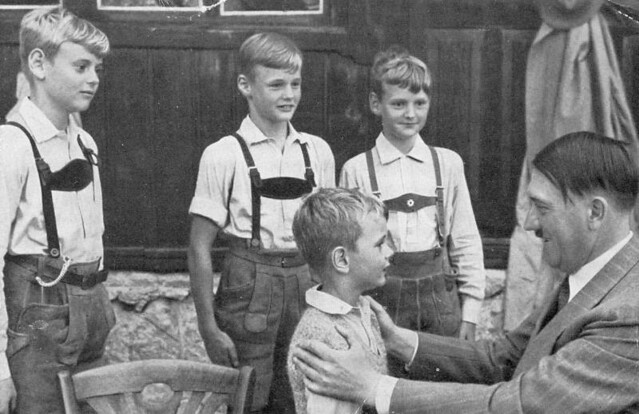 I warn you Serious Seekers out there that, after you read this, you may be sorry but in your sadness you should remember that...

I have a very big book entitled, Chronicle of the 20th century. On page 475 of 1,374 there is this small article (they are all small articles) that contains a Big Warning to us smug moderns who say to ourselves, “We would never do something like that. That’s crazy. We are smarter than that.”

Unless you have been living under a rock and watching nothing but the comings and goings of celebrities and, of course, football you should know that History Is Slowly Trying To Repeat Itself.

Here is the article. Don’t skim it. Read it slowly. Let it sink in...

Nazis Take Parents Away From Children

November 29, 1937. In Waldenberg, Germany, a court has taken parents away from their children because they refused to teach them Nazi ideology. The parents are pacifists, members of a Christian sect called International Bible Researchers. The court accused them of creating an environment where the children would grow up “enemies of the state”. The children were delivered into the state’s care.

The judge delivered a lengthy statement reading in part., “The law as a racial and national instrument entrusts German parents with the education of their children only under certain conditions, namely, that they educate them in the fashion that the nation and state expect”.

That kind of thing is not happening the Good Ole USofA...Or is it not?

Is that not kinda the same thing that was happening in 1937 in Waldenberg, Germany?