The numbers prove it: Joe Biden is killing America 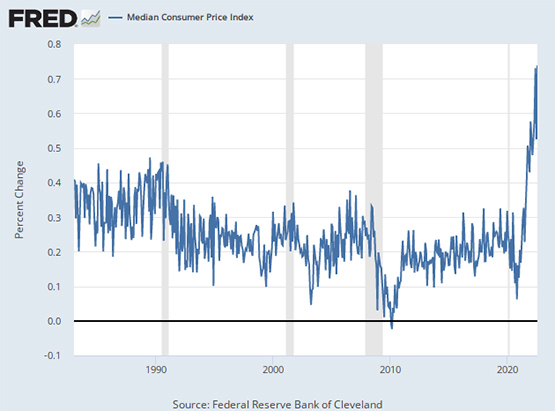 Last month both President Biden and VP Harris said “inflation is zero.”  Unless you have been living under the proverbial rock, you know either they are totally ignorant or liars.  We vote for both.

Joe Biden has not a clue what he is doing.  But we do.  He is killing the American economy and causing millions of poor and middle-class people to be on the verge of going on relief.  No, inflation is not “zero” and it is not getting better.  It is going to get worse unless the American voters make a change on November 8.  Think about it.

For all the nitty-gritty numbers to back up this conclusion, click here.

NEW YORK—Stocks are tumbling and disappointment is shaking markets worldwide Tuesday, following Wall Street’s realization that inflation isn’t slowing as much as hoped.

The S&P 500 sank 2.3 percent in early trading Tuesday, threatening to snap a four-day winning streak. Bond prices also fell sharply, sending their yields higher, after a report showed inflation decelerated to 8.3 percent in August, instead of the 8.1 percent economists expected.

The disappointing data means traders are bracing for the Federal Reserve to ultimately raise rates even higher than expected to combat inflation, with all the risks for the economy that entails.

“Right now, it’s not the journey that’s a worry so much as the destination,” said Brian Jacobsen, senior investment strategist at Allspring Global Investments. “If the Fed wants to hike and hold, the big question is at what level.”

Almost all of Wall Street came into the day thinking the Fed would hike its key short-term rate by a hefty three-quarters of a percentage point at its meeting next week. But the hope was that inflation was in the midst of quickly falling back to more normal levels after peaking in June at 9.1 percent.

The thinking was that such a slowdown would let the Fed downshift the size of its rate hikes through the end of this year and then potentially hold steady through the first half of 2023.

Tuesday’s less-than-anticipated improvement dashed some of those hopes. Many of the data points within the report were worse than economists expected, including those the Fed pays particular attention to, such as inflation outside of food and energy prices.

Markets honed in on a 0.6 percent rise in such prices during August from July, double what economists expected.

The inflation report arrived before trading began on Wall Street, but it sent a thud through markets worldwide.

Treasury yields immediately leaped on expectations for a more aggressive Fed. The yield on the two-year Treasury, which tends to track expectations for Fed actions, leaped to 3.71 percent from 3.57 percent late Monday. The 10-year yield, which helps set where mortgages and rates for other loans are heading, rose to 3.42 percent from 3.36 percent.

Stock markets in Europe, meanwhile, veered from gains to losses. The German DAX was down 1.1 percent, and the French CAC 40 fell 1 percent.