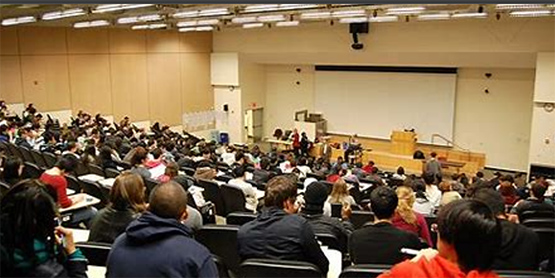 The Carolina Partnership for Reform, via way of the Carolina Plott Hound, brings us an editorial in response to the recent faculty convocation at East Carolina University.  They opine:

A UNC System school is in the news again for pushing woke ideology. Has this become the driving mission of North Carolina’s public universities?

Now it’s ECU earning the rightful ire of the James G. Martin Center for Academic Renewal and National Review for turning most of this year’s faculty convocation into a tent revival for wokeism.

They reportedly began with a solemn acknowledgment of the “original custodians” of their land, the Tuscarora tribe, before moving on to the greatest hits: diversity, equity, and inclusion; LGBTQ+ safe spaces; pronouns; and discussion of a photography exhibit titled “We Say Gay,” an absurd rebuttal to a distorted, alternate-reality version of a popular Florida bill.

The faculty chair (an invented position whose only apparent job requirement is creating a media spectacle) delivered a sermon titled, “Making the Secret Hurt Visible.” She evangelized to her followers about the “secret hurt” inflicted upon the BIPOC and LGBTQ+ communities by elected legislators who passed popular bills setting guardrails on public school curricula – bills that even a majority of Democrats support.

All this at ECU’s seminal faculty convocation, a university-sponsored event!

It’s unclear to what end these paragons of virtue-signaling genuflect to The Ideology. What is clear, though, is universities – especially UNC System schools – long ago abandoned any pretense of truth-seeking. Multiple departments within UNC-Chapel Hill have put such into writing.

UNC’s School of Journalism wrote in a formal memorandum that it seeks to “revisit” diversity of thought because it can’t coexist with racial equity. UNC’s Gillings School of Global Public Health wrote in its strategic plan that it premises faculty hiring and promotion on adherence to The Ideology.

We don’t care if university faculty are followers of this new religion. We don’t even care if they assemble and pledge their commitment to an ideology that’s anathema to Enlightenment values like open inquiry, skepticism, and the freedom to dissent – so long as it’s on their own time, not at a university-sponsored convocation.

But we do care when North Carolina’s public universities push this way of thinking to the exclusion of all others. We want open thought and debate, not strict adherence to one ideology. ECU, UNC-Chapel Hill, and who knows what other institutions are proving themselves incapable of open inquiry.

There must be a reckoning.