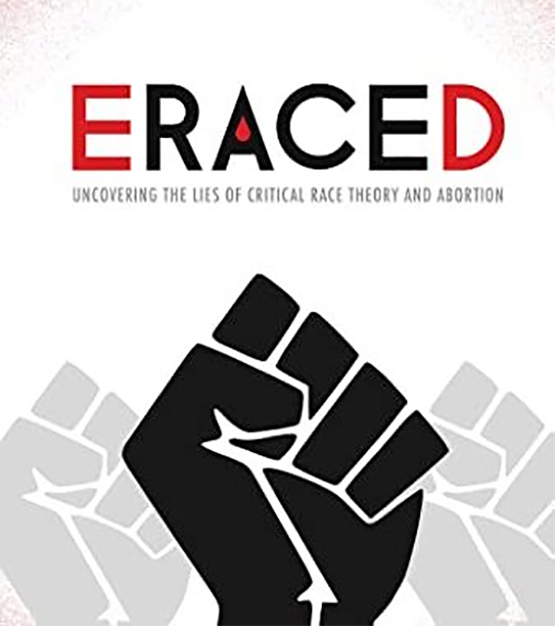 Something is terribly wrong in our world. Every time you turn on the television or scroll through social media, you can see it for yourself. You’ve probably seen it at work and in your local schools as well. In fact, you’ve likely experienced it firsthand.

Racism is, of course, nothing new in the United States of America. Our history is blotted and marred with slavery, the KKK, and Jim Crow, among other horrors. But today’s brand of racism is different: it’s more subtle but just as damaging.

The racism of today is not the historic oppression of black people by whites. The racism of today is one of personal philosophy and ethics, one which turns a blind eye to the murder of black children in the womb in the name of choice; poisons the minds of those who escape the horror of abortion in the name of education, and sentences the rest of the black community to lives of victimhood in the name of justice, all while flipping the sharp edge of racism around to stab whites of every socioeconomic background.

In the imaginary world of progressives, nearly everything is racist and anyone who disagrees with their views are racists. They have no desire to see Rev. Martin Luther King Jr.’s dream come true; they have no wish to see people of all colors and creeds come together as one American people. Instead, they hope to see tribal divisions grow and violence in the streets continue.

Progressives long to undo the progress America has made since the Civil Rights Act was first passed in 1964. They talk about equity but never equality. They shout about social justice but are silent about actual justice when the suspect’s skin color doesn’t fit their narrative. They say they care about the lives of black people, even as they support policies that make abortion the number-one cause of death for black Americans. Progressives seek to dupe the black community into believing they want what is best for us, but in reality, almost everything progressives propose does irreparable harm to the black family, abortion being one of the biggest lies out there.

Abortion and Critical Race Theory are poisonous plants that both grow from the bitter soil of racism. I believe they are among the greatest evils persisting in our time. The pro-life cause has been on the hearts of most white evangelicals since the Roe v. Wade Supreme Court decision of 1973. Sadly, it has not been embraced to the same degree by black Christians, though I hope we can change that. CRT is a newer plague, and while some believers are beginning to understand the harm it is doing to our society, many others have embraced it as a more righteous way of viewing our world.

The picture painted by proponents of CRT is bleak. If racism is baked into every area of society and every system that pervades our lives, what hope is there? The short answer: there isn’t any. The solution, according to many CRT advocates, is to tear down the system completely. Our institutions, laws, free markets, and traditions all have to go ― without any real alternative offered to take its place.

This won’t happen overnight, so to move things along ― as progressives command ― whites must denounce their “white privilege” to stand in solidarity with blacks. But the answer to racism cannot be more racism, and the remedy for white supremacy, where it does exist, cannot be a new system of black supremacy. Scripture doesn’t tell us to repay evil with evil, but to overcome evil with good (1 Peter 3:9).

CRT is insidious because while it promises to right wrongs, it does nothing to lift anyone up. White people, of course, are condemned as racist, regardless of their specific actions. Individual responsibility is replaced with predetermined outcomes, so blacks are robbed of the dignity that comes with hard work and determination. Progressives pass out the crown of victimization to blacks as a garland, but only fools wear it.

John Amanchukwu is the author of a new book, ERACED, which explores the myths surrounding abortion and critical race theory and the Left’s sinister plot to destroy the black community and divide the church.