Another reason the FBI should be abolished/replaced 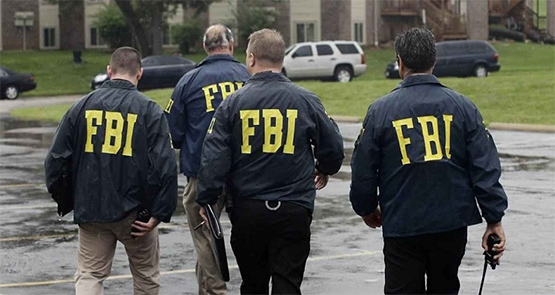 The Republic Brief is reporting:

Traitorous Democrat Joe Biden has been abusing the people of the United States for a long time while putting on an act for the cameras that he is simply a good old fashion friend, ‘Uncle Joe”.  Even while it is evident that Biden is suffering from a loss of mental faculties, reports show that Biden continues to shape a narrative behind the scenes that regular American citizens are somehow terrorists.

From a new report, we now find out that Biden has set ‘metrics’ for the FBI field offices to root out of their communities citizens to label as ‘White Supremacists’, and it sounds sort of like a quota.

Biden himself, according to whistleblowers, has been pushing the idea that all of his political opponents are white supremacist terrorists and doing that all while demanding open borders for many of the third world’s most notorious criminals to come into our country.

These actions are shocking, but the lapdog, corporate mainstream media is ignoring it all, leaving independent media to get the information out to the American people.

“The demand for white supremacy” coming from FBI brass “vastly outstrips the supply of white supremacy,” one agent told the Washington Times. “We have more people assigned to investigate white supremacists than we can actually find.”

The FBI agent, who requested anonymity in order to discuss internal bureau politics, said that top officials in the FBI “have already determined that white supremacy is a problem” and established a policy to prioritize investigations into racially-motivated domestic extremism.

“We are sort of the lapdogs as the actual agents doing these sorts of investigations, trying to find a crime to fit otherwise First Amendment-protected activities,” he said. “If they have a Gadsden flag and they own guns and they are mean at school board meetings, that’s probably a domestic terrorist.”

The FBI denies that they are targeting people based on politics, but sadly, these revelations are the latest in a longstanding pattern of the politicization and weaponization of the Justice Department under Joe Biden and Attorney General Merrick Garland.