We're at the height of the False Information Season 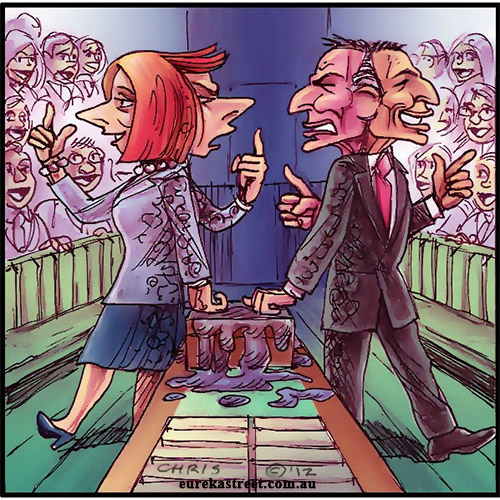 We have heard and read the spin from the talking and writing heads in the media, from television to FaceBook, for the past two years.  Now that it is time to vote, some of these creatures of deceit, including radical Democrat candidates, are becoming more mellow.  Most Democrats are rapidly shifting their position on law and order, fracking and global warming as we get closer to voting day.  Such was on display at the recent Pennsylvania Senate debate.

Nothing is more deceitful than an unqualified politician frantically trying to close the gap with his opponent before election day.  It is not surprising that politicians who allowed Portland, Oregon to burn while they defunded the police and allowed the homeless to set up residence wherever they liked, to suddenly do a reversal.

While we are concerned about the uninformed voter, we do not believe most voters can be taken in by these “political deathbed” confessions of having just seen the light a week before elections.  Most voters in the United States have been negatively impacted by at least one of the liberal Democrat policies, the price of gasoline being a prime example.  Then Joe Biden lied that gas was $2.00 a gallon when he took office.  Just another example of desperate politicians saying whatever they think they have to say to stay in power.

The most recent CBS/YouGov poll reported that 79% of likely voters think the country is headed in the wrong direction.  Only 21% thought things are just fine.  Folks, that’s an amazing statistic, but we think it is more or less accurate.  People are Fed Up!

Then we have this duplicity on display right here in Beaufort County.  Frankie Waters is running ads saying he did not vote to prevent non-citizens from getting county tax dollars for free community college tuition, because the BCCC President promised they would not.  But Stan Deatherage exposed this lie in official video of a Commission meeting on June 6 in which Waters argues against adopting a policy to prevent such abuse of taxpayer money.

And Waters ran an ad saying he was proud of voting to put paramedics in Beaufort ambulances.  And that is true, but what he does not tell you is what spending that money did for the users of EMS service.  The real truth here is that Frankie Waters, nor anyone else, knows how many lives have been saved or serious medical calls with better results with paramedics because there are no records that have been made public to show what the results of spending tons of taxpayer money have been.  No one knows how many patients were worse off because the transport was delayed while a Paramedic worked on a person who would have been better off being what the literature calls “scoop and haul” rather than treated on site.  Truth is, the literature is replete with studies that show many patients are better off to get them to the ER faster, even by a few minutes.  These clowns have no clue what the money they spend actually accomplished.  Sounds good Mr. Waters.  Now show us the data.

But then, the same could be said about the additional spending in the school system.  Test scores tanked, in spite of millions of dollars more in spending.  Ask Frankie about what the taxpayers got for their money in hard, solid data but don’t let him try to fool you with his infamous arguments that amount to nothing more than “supplanting.”  Look it up.

Good ole boy Frankie is really a True Liberal Democrat that makes Joe Biden look like a genius.  Two peas in a pod.

Any voters who have a thought about giving the benefit of the doubt to these political morons, we ask that you think back over events during the past two years.  Have global warming policies helped you?  Or the planet?   What about education, this is our future survival, whether it is the local school trying to make sex changes in students, or Biden using the FBI to arrest parents who complain at school board meetings.  There is inflation, brought on by all governments from the courthouse to the White House, increasing spending and paying people not to work.  There is even a higher risk of war with Biden mishandling Afghanistan, and being weak on Ukraine and Formosa (Taiwan) .   Why would anyone believe Democrats and RINO’s (Republicans In Name Only) just before election day after they have spent two years or more proving what they are?

We need to begin making policy changes in the running of our schools.  This begins with the school board.  We have an opportunity to start the process this election and finish it in two years when five school board seats will be up for election.  The good news is that we are sure conservatives will be elected to two of the seats this year.  One district on the southside of the County has a Democrat running against our conservative candidate.  Republican Charles Hickman is running against a long term very liberal Democrat, E. C. Peed.  She has done very little other than to agree with every liberal proposal in the school system.  Hickman is a proven conservative.  Electing Hickman will send a clear signal to the others on the school board that change is on the way.

Then, back to our resident RINO, Fake Frankie Waters.  He needs to be sent packing also.  Waters registered as a Republican only weeks before filing to run for commissioner.  He has publicly stated that he is not a conservative and he needs no help from conservatives.  During the past 7 years, Waters has formed a close relationship with the two Democrats (Jerry Langley and Ed Booth) on the Board.  Fake Frankie Waters votes with them on most important issues and they vote for him to be chairman.  Republican Waters also attended fund raising events for the Democrat Sheriff Candidate, Corey Rogerson.  Waters also endorsed the views of Republican Executive Committee member, Kelly Cox, when he came out supporting the Democrat for Sheriff.  Waters voted against a tax cut and for increased spending this year.  He, along with the Democrats and RINO Rebholz raised spending more than ten million dollars this year.  This spending will eventually become a tax increase.

Fake Frankie Waters defense for all of his disloyalty and bad behavior is that people are lying about him.  If only half of this is true, we still have a bad boy on our hands.

So here’s the Real Truth:  In the commissioner election, the voters of Beaufort County have a chance to tell these politicians that we are fed up with them saying one thing and then doing another.

We believe Tandy Dunn and Stan Deatherage will return Beaufort County to a conservative, low tax government.  And you can believe that fact.  And remember, you can “vote” for both Tandy and Stan by pairing your vote with someone you trust, preferably someone who would not otherwise vote.