Eastern Oregon's Wallowa County is set to vote in May in a referendum to secede from the state of Oregon and join neighboring Idaho.  It is part of the Greater Idaho movement, and eleven counties have already voted to secede.  The issue has passed in every county it has been put up for a vote.  Five further counties in the area called Greater Idaho still have to vote. 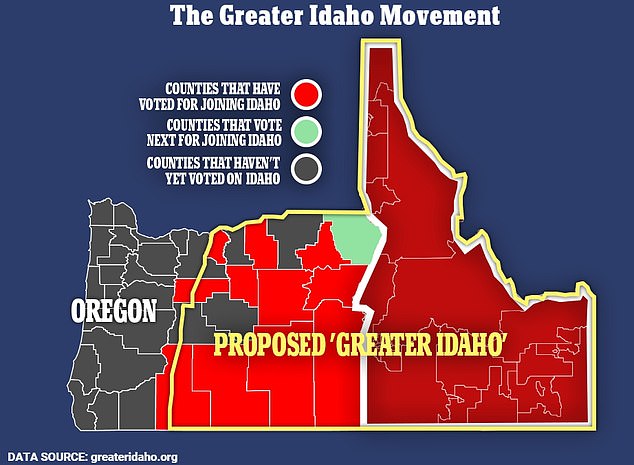