In the followup to NC's radical left Green New Deal, HB951, "woke" state utility monopoly Duke Energy is pushing elimination of reliable coal power plants and replacing them with a big expansion of solar farms as a power source.  Solar is a weather-dependent intermittant power source that cannot be relied upon to provide power when it is needed, particularly in extreme conditions like cold snaps and heat waves.  The snow covered solar panels shown below obviously are not going to be producing any electricity:

Solar power does not produce at night, when it is raining, snowing, cloudy, foggy, or when there is frost.  When it is needed most, it's output often collapses.  Conventional power, on the other hand runs constantly.

Then there is the problem of hurricanes which can destroy solar farms and it may takes months to get them up and running  again.  Can consumers wait those months to get their power back?  Here is a solar farm in Puerto Rico that was totally destroyed by a hurricane: 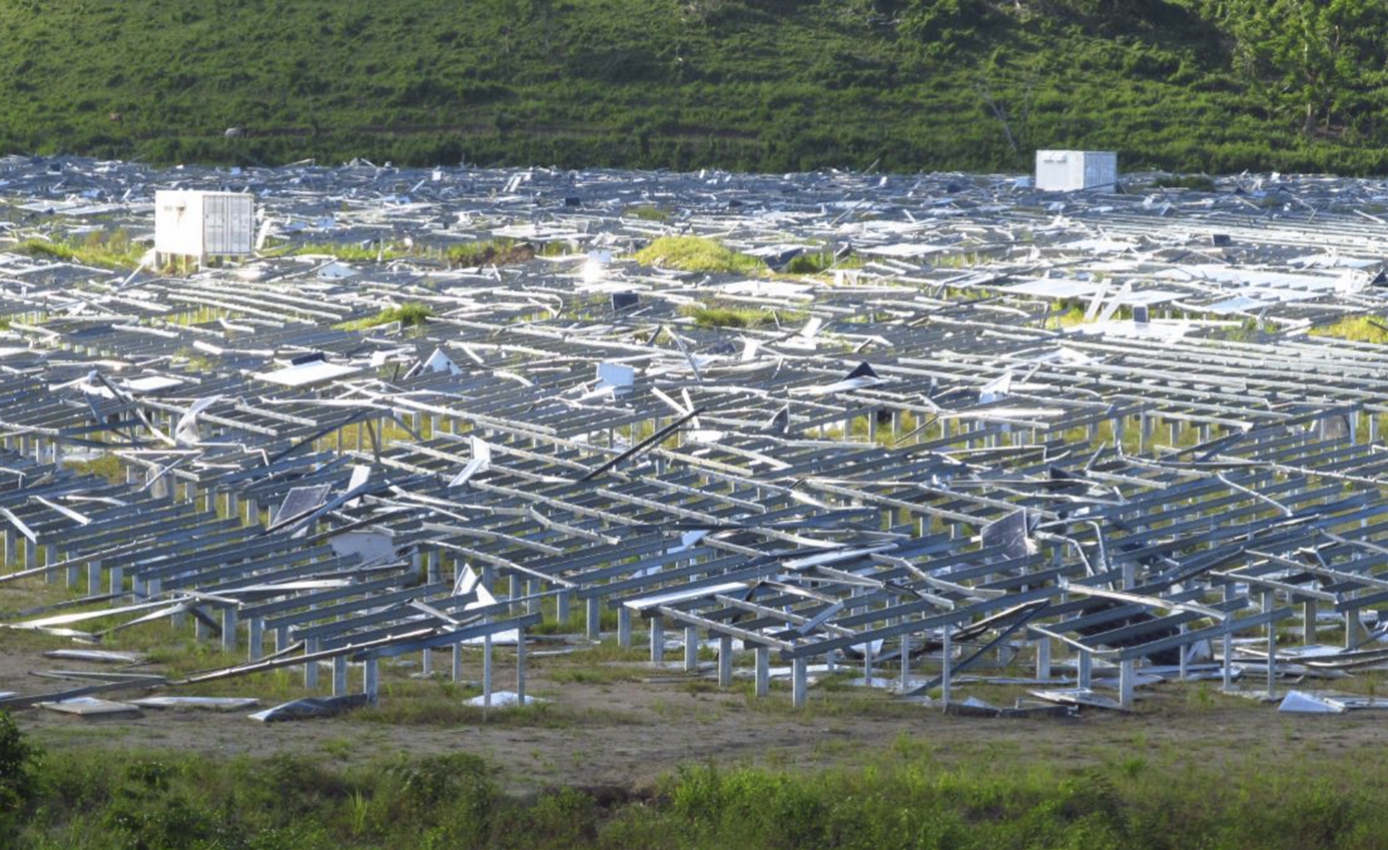 What about the plan for huge batteries to store solar power?  That has proven not to work too well.  For one thing, they are prone to spontaneous combustion and these things have already burst into flame in Korea, the Australian state of Victoria, Belgium, and California spewing vast clouds of highly toxic smoke for miles.  Nobody should want one of these things anywhere close to them.  The other problem is they do not work.  The Labour government in South Australia, saying it was making the state a "green energy superpower" as it blew up all its coal power plants built the world's largest battery to back up its "renewable" energy, but when failure of its green energy gave the state its first ever statewide blackout, the big battery dribbled out power for about ten minutes and then died.  South Australia is now suing its maker because not only does the battery not provide enough power to keep customers lights on, it does not even provide enough to keep the grid stable.

This is the questionable future our politicians, led by Roy Cooper, but with the active collusion of RINO legislative leaders Phil Berger and Tim Moore have given us with their Green New Deal, HB951.  The sordid tale of how we got to this miserable position can be read here:

The rolling blackouts at Christmas were a warning.  Duke Energy prematurely closing coal plants is already threatening our energy security, and we will never get that from solar or wind, which are both expensive and unreliable.  North Carolina electric customers desperately need a repeal of HB951.