Published: Monday, February 18th, 2013 @ 12:00 pm
By: John Locke Foundation   ( More Entries )
Publisher's note: We believe the subject of history makes people (i.e., American people) smarter, so in our quest to educate others, we will provide excerpts from the North Carolina History Project, an online publication of the John Locke Foundation. This forty-sixth installment, was originally posted in the North Carolina History Project. 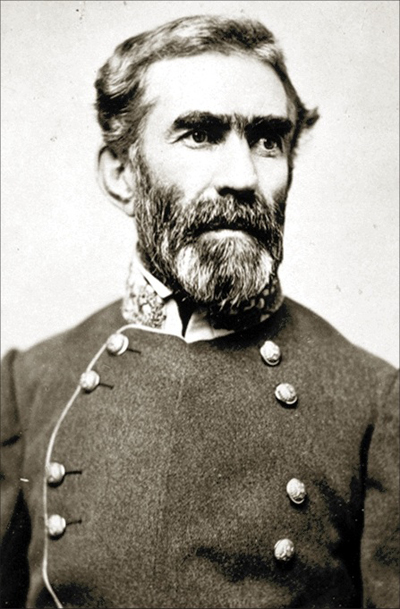 Serving the Confederate States of America, Braxton Bragg was an army full general of the American Civil War who fought primarily in the western theatre. Born in Warren County, North Carolina, Bragg later attended West Point. He fought in Florida during the Second Seminole War (1835-1842) and under Zachary Taylor's command in the Mexican American War (1846-848). For gallant service in both wars, he earned promotions.

During the Civil War, the North Carolina West Pointer served as head of the Army of Tennessee and was involved in action along the western border of the Confederate States. He commanded men at the Battle of Shiloh, Fort Chickamauga, and Chattanooga. He was later transferred to the eastern theatre of war, where he defended Fort Fisher from invasion.

Bragg is a controversial figure. Military historians have criticized him as an unimaginative, inept, and incompetent general. To them, he was one of the primary reasons the Union captured the western theater with relative ease. Some scholars, however, have been working to rehabilitate Bragg's military reputation. They argue that the North Carolina native has been given an unfair amount of blame for the Confederate losses.

Braxton Bragg died on September 27, 1876. He is buried in Galveston Texas. Fort Bragg, North Carolina near Fayetteville is named in his memory.