Tillis Launches Education Week At Legislature | Beaufort County Now | A merit pay system for teachers, changes to teacher tenure, tax credits for private school tuition, and new charter school initiatives are among education reform measures that could be passed in the state House of Representatives in the next few weeks, House Speaker Thom Tillis, R-Mecklenburg...

RALEIGH     A merit pay system for teachers, changes to teacher tenure, tax credits for private school tuition, and new charter school initiatives are among education reform measures that could be passed in the state House of Representatives in the next few weeks, House Speaker Thom Tillis, R-Mecklenburg, said Monday.

"I could see the House creating and sending to the Senate two or three education-oriented bills for consideration and potential passage this session," Tillis said. "We're not going to fix everything over three months or four months," but this session will lay the groundwork for ongoing reforms.

Tillis engaged in wide-ranging discussion about K-12 schools during a question-and-answer session with reporters following his announcement about Education Week activities at the General Assembly this week.

"What we've done to a significant extent is add layers and layers of statutes, regulations and requirements on teachers without really understanding the cost and the organizational disruption that it may create," Tillis said.

He believes it is time to begin unraveling bureaucratic red tape to allow teachers more time to teach, and to give principals and superintendents the flexibility they need to deliver results. Legislators need to "speak less and listen more" to educators on the ground, Tillis said.

Over the coming month legislators will meet with private school, charter school, and home school operators. The goal is to determine how each can operate independently, and find areas for collaboration to temper the "adversarial role" they find themselves in with traditional public schools, Tillis said.

He said the House would combine that "feedback loop" with educators with a higher degree of cooperation with the Senate to get meaningful reforms passed this session.

"We will have probably some measures that have to do with school choice, which would be more focused on private school options ... over the next couple of weeks," Tillis said.

House education leaders are drafting legislation that is likely to involve tax credits to help pay the private school tuition for at-risk and low-income students, though Tillis offered no specifics.

He has asked GOP members to work closely with members of the Democratic caucus to gain support. It's not clear who would qualify for the tax credits and what economic levels would allow a student to qualify, he said.

But he wants to include them in the planning process as the bills are crafted.

"In some cases we'll just have to agree to disagree," he said.

"We've been talking with principals, with teachers, and with superintendents. There are some proposals that we're expecting to get from that population this week," Tillis said.

Education leaders in the House are "trying to figure out how would we operationalize the proposed tenure framework that the Senate has, or do we have something else that really provides principals and superintendents what they need to hire and retain what they consider to be the best talent for their schools.

"On merit pay, there's been work done in the interim around proposals on how to implement a merit pay system," Tillis said.

"We view virtual charter schools, charter school options, any education options as things that we have to look at" as part of any education reform plan, he said. "And, of course, the traditional public schools feel very strongly that they have a virtual school concept that works as well."

At the same time, snipping away the red tape "may be one area where we will treat education reform largely like regulatory reform. These things may have been good regulations at some point in time in education, but they're no longer relevant or they're hampering as much as they're helping," Tillis said.

Giving schools an A through F grade for performance also is under consideration again this session.

Tillis said "we all support" the concept, but are considering year-over-year growth and other measures that superintendents and principals say are important indicators for grading school performance instead of just an overall grade based on performance. 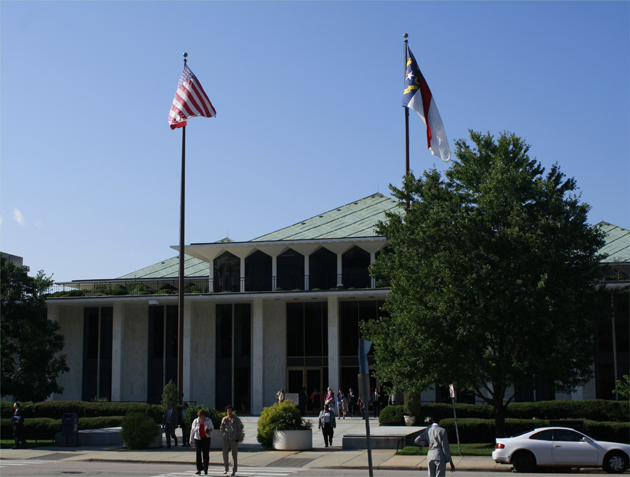 Tillis said lawmakers are looking "across the board" at the effects of federal sequestration -- automatic budget cuts that will take effect unless Congress reaches a debt limit deal.

"I'm not really sure right now if we have quantified the economic impacts," Tillis said. "There would not be substantially more money from the state to backfill those cuts" in education.

"It sounds like this session the House and Senate are going to work more closely together, whereas in the past both have had very independent ideas about education reform. And I think that's a good thing," Stoops said.

Scaling back universal regulations from Raleigh that prevent school innovation is "a really great approach. I think there are plenty of rules and regulations that inhibit the creativity of schools," Stoops said. "School districts are very different."

But even if traditional public schools are granted more flexibility, charter schools need to remain a vibrant part of the education mix, he said.

"I think that school districts are realizing they're competing with charter schools. I think that competition is going to make them better," he said. Charter schools have more flexibility over instructional models that traditional schools can't change.

Merit pay "is going to be the difficult one," Stoops said. The state can't grant flexibility to schools then mandate a statewide merit pay system.

"Perhaps the option is to require merit pay but have each school system decide how it's going to administer the program," Stoops said. "That's going to be contentious debate and it's far from settled."

He believes teacher tenure is going to be "pretty straightforward reform. I think they're going to do elite tenure. They're going to grant tenure to top-performing teachers and not automatically award tenure after four years of service at traditional public schools," Stoops said.