The Great Debate | Eastern North Carolina Now | I don't blame Thom Tillis for refusing to attend one of the three televised GOP Senate primary debates. The only mystery is why he (or any candidate) is bothering with any of them. 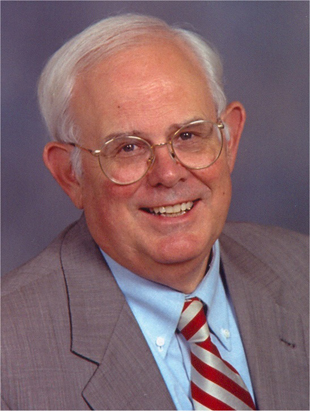 Tom Campbell
I don't blame Thom Tillis for refusing to attend one of the three televised GOP Senate primary debates. The only mystery is why he (or any candidate) is bothering with any of them.

Many of us have idyllic notions of yesteryear's Lincoln-Douglas debates. Some of us even have remembrances of the Kennedy-Nixon debates when, discounting Nixon's sweaty TV appearance, substance mattered and we got a chance to learn their positions on the issues. We conceptually support the idea of debates providing us with exchanges that help us arrive at more informed opinions but there is little of value in today's staged-for-TV debates.

Problems arise with arguments over the format, who will moderate, what issues will be raised or avoided, how questions will be posed and rebuttals handled. Pre-debate planning includes tedious discussions as to where candidates will stand on stage, in which order they will be introduced and each wants to a guarantee he or she will get the same amount of "air time" as other candidates.

In this era of campaign consultants, opposition research, focus group testing, political polling and big dollar campaigns the candidates are packaged much like cake food mixes, to look as appealing as possible. Never mind the contents. Consultants spend endless hours digging up dirt on opponents while anticipating the potential embarrassment their own candidate might face. They carefully rehearse tested positions and campaign rhetoric, more worried about damaging slip-ups or misstatements than hopeful for a knockout punch that guarantees a clear victory. Most just want to get through the exercise with as little damage as possible.

If I'm a Thom Tillis' consultant I have to question what possible value a debate has for my candidate. Tillis has little to gain. He is the acknowledged front-runner, the only candidate with a track record and he will be playing defense the entire evening, with both the media moderators and candidates likely taking aim at him. Conventional wisdom says that with eight candidates in the race no one will receive the required 40 percent of the vote needed to avoid a July 15th runoff.

Dare I ask why North Carolina continues this archaic and costly practice of runoff elections? Holding one in the middle of summer vacation season is especially ridiculous. If, as most suspect, no more than 20 percent of eligible voters will vote in the May 6th primary how can we possibly believe ourselves well served by holding a runoff election where no more than three to five percent turn out? Can any candidate seriously consider that a mandate?

Pollsters tell us there are about 30 percent undecided in the GOP Senate primary. Even so, past history dictates very few viewers will watch the debates and most who do will have likely already made up their minds who they support. We will be surprised if much real content is offered. The shame is that the electorate will be left to make their decisions largely based on TV ad campaigns with even less value.

The real debate should be about how to fix our election system so as to ensure freedom of speech, return to more civil and meaningful exchanges of ideas, take away the big money and influence from unidentified groups and encourage better candidates to offer themselves for public service. That's a debate worth watching.