Just another day in the life of a Fireman Part 4 | Beaufort County Now | I posted an article about how my dad reacted to the September 1, 2001 attack. He was 93 years old then. | James Loyd Red Adams, 1929 depression, disciplinarian, New York, firefighting career

Just another day in the life of a Fireman Part 4

I posted an article about how my dad reacted to the September 1, 2001 attack.  Here is a link to that story. "Where were you?

I also added a comment about the ole man and my ability to finally reconcile our differences.  Stan ask that make a post out of that comment.  Here it is.

In 2001 my dad was 95 years old.  He was a retired Atlanta Fireman.  He was not given to expressing his deep thoughts.  He was pretty much a realist and self-contained man.  He did not wear his emotions on his sleeve, I did and still do. He joined the fire department to have a steady paycheck and security that he lacked as a 23 year old young man during the 1929 depression and following years.  About the only advice he ever gave my brother and I about jobs was to follow his lead, get a secure job and you would never be without a paycheck.  His prospects as a young man were not very good and I guess he settled in to situation and did the best he could. It was good enough for him and my family.

Over the years I had a contentious relationship with this hardnosed "my way or the highway" man.  For most of my adult life (23 to 26), I did not like the SOB at all.  He was a great father and I loved him but I did not particularly like him.  Like all sons of a hard disciplinarian, I vowed never to be like him.  Fortunately, he lived long enough for me to grow up and understand who he really was.  He was a man of limited opportunities who did his best to make his way in life.

After the attack on New York, I tried to engage him on why the firemen would go into a burning building when they knew it had the possibility of caving in on them.  He had done the same thing on numerous occasions during his firefighting career.

His response told more about his generation than it did about him.  It also told me a lot about the firemen in New York in 2001.


And that my friends are what heroes are made of.

In reflecting back on the above story, I realized that I had posted quite a few stories of my dad.  There are more un-posted stories.  We did not have a contentious relationship just one of differing views because we were such different people.   Some day maybe, I will get the guts to post more of the stories about my Mom. She was an intensely private person which I have tried to respect in my post here. She never took center stage but left that to her "Rooster Boys" as she called Dad, Jim and I.  So far it only took one post to make my point about her.     Mothers Day - Lessons learned.

Below is the old man and the center of our family. Mom I hope you don't mind me putting at center stage just this once. 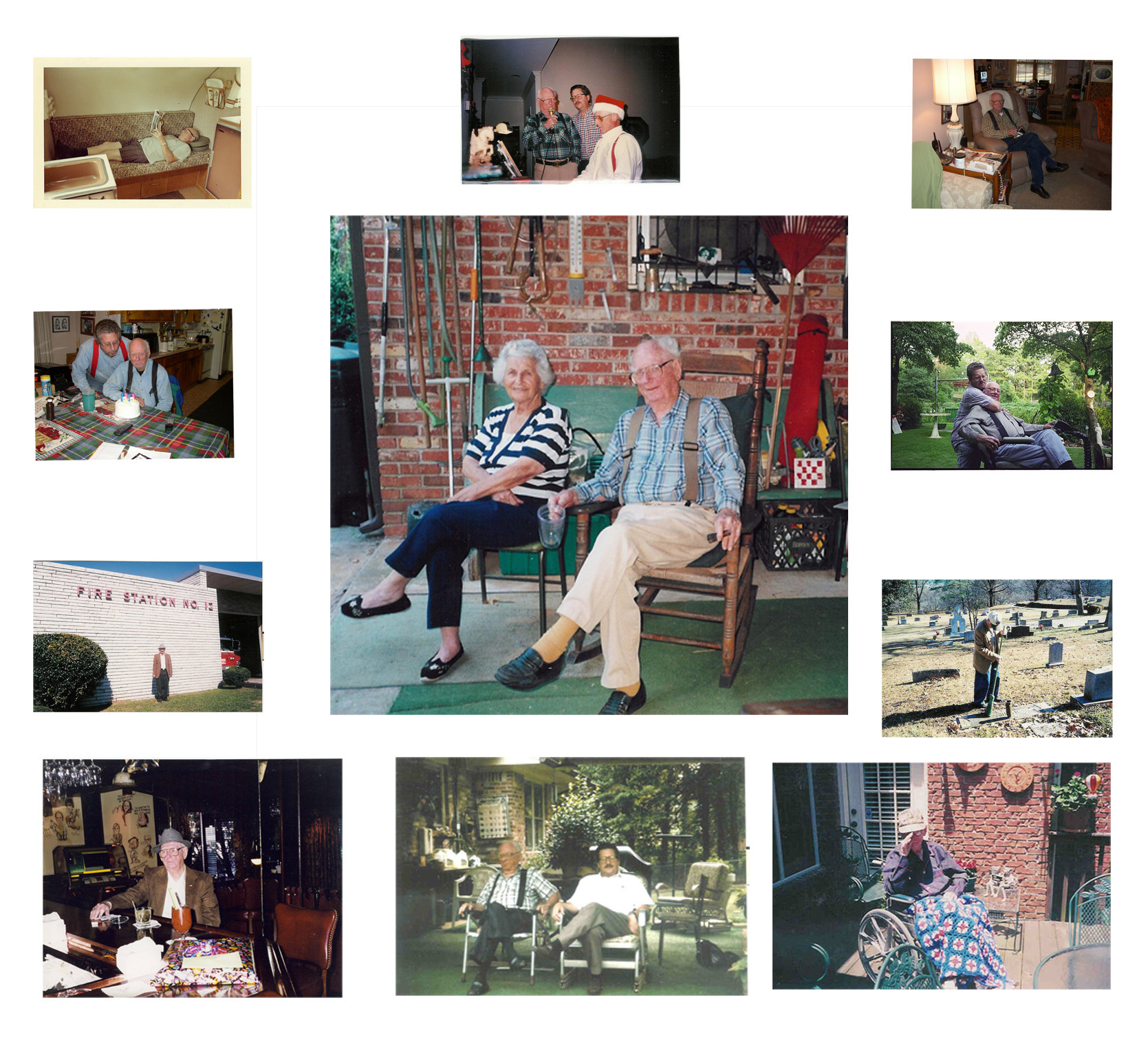 Below are the stories of Dad which are on Beaufort County Now.