Published: Monday, July 9th, 2018 @ 8:36 am
By: John Locke Foundation   ( More Entries )
Publisher's note: The author of this post is Kari Travis, who is an associate editor for the Carolina Journal, John Hood Publisher.

The state has too many crimes, lawmakers and legal experts say. Hundreds of these laws are scattered across more than 140 chapters of the N.C. General Statutes. Hundreds more, created by administrative and licensing bodies, cities, towns, and metropolitan sewer districts, cause confusion as to what is - and isn't - a crime.

House Bill 379, "Recodification Working Group," will require state agencies, boards, and commissions to take inventory of all crimes on their respective books and report to the General Assembly by Dec. 1, 2018.

The N.C. Administrative Office of the Courts will sort through common law crimes and the general statutes, identifying redundant, inconsistent, obsolete, and unconstitutional crimes. That list would go to the legislature no later than Feb. 1, 2019.

Many crimes are oddly specific. Larceny, for instance, is a crime already including all theft of personal property. North Carolina, though, has separate offenses for larceny of dairy crates, motor fuel, political signs, and even ginseng, pine needles, and straw. 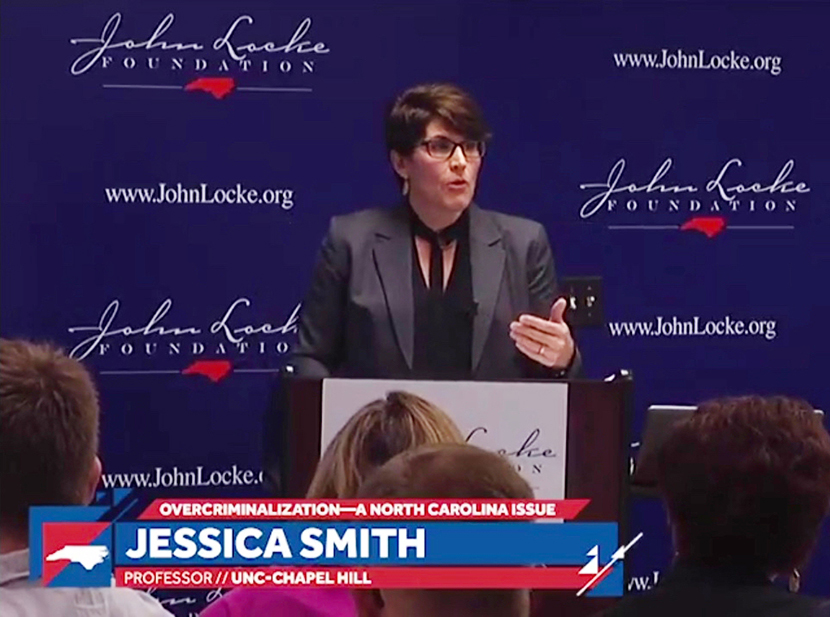 Some towns have laws against chickens running free. Others criminalize business owners who fail to remove snow from their sidewalks, or punish people who allow female dogs in heat to run free.

Dysfunction results, said Jessica Smith, professor of public law and government at the UNC School of Government. Smith wrote a 1,000-plus-page book on North Carolina crime laws. The extent of crimes are too much even for an expert to comprehend, much less state residents, Smith said during an April presentation at the John Locke Foundation.

"The value to the individual citizens will be a stream-lined transparent and searchable criminal code that any citizen can access," Riddell said.

"It will improve the efficiency of the entire judicial system and insure a more fair and balanced application of the law. It will protect the individual liberties and rights of every individual citizen."

Once the state takes inventory of all crimes, a working group will review the findings.

The working group could consider limiting agencies that try to enact new misdemeanors, since the point of recodification is ensuring the code remains clear and understandable, said Steven Walker, general counsel to Lt. Gov. Dan Forest. Walker was instrumental in the crafting of H.B. 379.
Go Back