More than 90 percent of Ramsey's campaign donations went to Democrats

Businessman Randy Ramsey (top) is running as a Republican. He has been a long-time Democratic donor and is connected to at least four campaign flights for Gov. Bev Perdue.

Ramsey is the owner of Jarrett Bay Boatworks, a boat-building company located in Beaufort. He is a registered Republican, but his past support for Democrats, which includes air travel for Perdue and a $2,000 contribution to her campaign in July, has outraged several Republican Party activists. 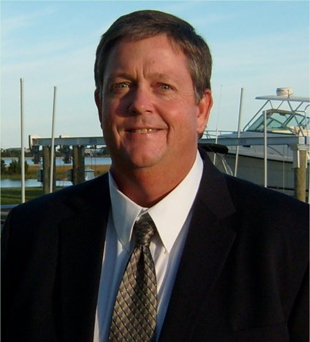 Is consistent Democrat Contributor Randy Ramsey trying politics as a RINO candidate?
he has given $3,750 to Republican candidates, but more than 10 times that amount to Democratic campaigns and to the state Democratic Party.

Ramsey told Carolina Journal that he gave to Democrats from eastern North Carolina and thought they would help his part of the state, but that he has "been disappointed" in them.

Moreover, either Ramsey or Jarrett Bay is connected with at least four flights provided to the 2008 Perdue campaign, based on records from an investigation by the State Board of Elections. Ramsey says he recalls providing two of the flights, but the records -- provided by the Perdue committee -- are spotty and incomplete, making it difficult to connect payments with specific flights. 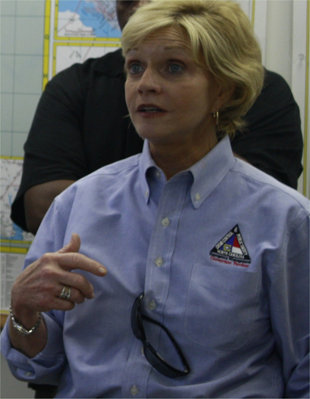 
Perdue was elected governor in November 2008. Investigations and news reports later would reveal that she made extensive use of private aircraft for campaign and official business without paying the owners. Perdue has attributed the initial nonpayments to sloppy work by her campaign staff. A Perdue spokeswoman characterized the free flying for official business as "gifts to the state."

Through an investigation by the Board of Elections, the public eventually learned that Perdue's campaign had accepted dozens of free flights. After a hearing in August 2010, the board fined the Perdue committee $30,000.

A spreadsheet listing Perdue's air travel from 2001 through 2008 became public information during the election board's August 2010 hearing. That document listed a total of 243 flights, but the details of many of the flights were missing.

The records appear complete for a Sept. 26, 2008, flight in a Beechcraft King Air provided by Crystal Aviation. May 11, 2009, the Perdue campaign committee sent Jarrett Bay Boatworks Inc. a check for $629.34, listing it as a debt payment for air travel related to that flight.

Crystal Aviation is involved in airplane leasing, according to corporation records from the N.C. Secretary of State's office. Randy Ramsey of Jarrett Bay Boatworks was listed as a managing member in 2004 and as a member in other years.

A Carolina Journal review of Perdue's campaign reports could not match reimbursements for three other flights involving Crystal Aviation:

• A Feb. 21, 2008, flight listed as New Bern/Charlotte/Chapel Hill/ New Bern was attributed to Crystal Aviation Partnership and Trawick "Buzzy" Stubbs. No cost or payment information was listed. CJ could find no record of payment to Stubbs, Crystal Aviation, Jarrett Bay, or Ramsey.

Stubbs, a longtime friend of Perdue and the law partner of Perdue's late first husband, recently pleaded not guilty to two felony charges related to the governor's campaign funding. Stubbs was identified in the Board of Elections' report on Perdue's campaign flights as an architect of an "aircraft provider" program, along with Peter Reichard, the campaign's former finance director. Reichard took a felony Alford plea in February in the state probe of the governor's campaign.

• A March 8, 2007, flight listed as New Bern/Chapel Hill/Charlotte/Chapel Hill/New Bern was attributed to Crystal Aviation and Buzzy Stubbs. Notes indicate the trip was part official business and part campaign. The total cost was listed as $1,260.60. CJ could find no record of payment to Stubbs, Crystal Aviation, Jarrett Bay, or Ramsey.

Ramsey told CJ the Perdue committee reimbursed him for two flights, but he didn't remember the details. When asked who asked him to make his aircraft available to Perdue, he said, "I don't remember -- don't know who asked."

In June 2009, Perdue appointed Ramsey to the N.C. State University Board of Trustees. Ramsey filled the vacancy left by board chairman D. McQueen Campbell, who resigned at the request of UNC System President Erskine Bowles.

At the time, Campbell was the subject of news stories and investigations involving free campaign-related flights he had provided to Gov. Mike Easley, for his role in helping Mary Easley obtain a job at N.C. State, and for helping the Easleys purchase a lot in the Cannonsgate development in Carteret County.

In November 2010, Mike Easley entered an Alford plea to a felony charge of failure to report campaign expenditures. Under an Alford plea, a defendant does not admit guilt but acknowledges that the evidence against him may lead to conviction from a jury. Easley, the first North Carolina governor with a felony conviction, paid a $1,000 fine.

The 2nd Senate District is made up of Carteret, Craven, and Pamlico Counties.

Some local conservative and Republican activists can't stomach Ramsey as a Republican candidate.

"Randy Ramsey has been a major player in liberal Democratic 'pay-to-play' politics and is not representative of the conservative values of the Tea Party, or what we expect of the Republican Party," wrote Ken Lang of Stella on the Crystal Coast Tea Party's website.

A letter from Fred Decker of Newport, published in the Carteret News-Times, was also critical of Ramsey, and claimed the Republican state Senate leadership recruited him. "We don't need people from Raleigh, Jacksonville, and Wilmington telling us whom we should select to represent us," he wrote.

When asked if he had been recruited to run for the Senate, Ramsey told CJ that "recruited was too strong of a word," and that he discussed his interest in running with Preston, state Senate leader Phil Berger of Rockingham County, and state Sen. Harry Brown of neighboring Onslow County.

Brown, the Senate majority leader, told CJ that Ramsey approached him about running for the seat and that the Senate leadership had no problem with it. "We were looking for candidates, and Norm Sanderson had not come to us at the time. We try to stay out of the primary," he said.

When CJ asked Brown if he knew that Ramsey had been an aircraft provider to the 2008 Perdue campaign he said, "I had no clue on the flying."

Last year, Perdue issued frequent criticisms of the budget passed by the Republican-led General Assembly. Perdue wanted to continue a 1-cent temporary sales tax that was scheduled to expire. She vetoed the budget bill, but the General Assembly voted to override her veto.

"Tonight, the Republican-controlled legislature turned its back on North Carolina's longstanding commitment to our people to provide quality schools, community colleges, and universities -- all to save a penny. I vetoed the Republican General Assembly's budget because I believe it will cause generational damage to this state," she said on June 15 after the override vote. "This budget is shortsighted and irresponsible. It cuts a full half-billion dollars more out of education than I proposed in my budget. It not only damages our education system but also hurts public safety, our environment, and our ability to care for those who need us most."

The following month, on July 25, Ramsey made another $2,000 contribution to the Perdue campaign.

In April 2008, just before the May primary election, Ramsey's mother and three Jarrett Bay employees gave a total of $9,500 to the Perdue campaign.

Ramsey's contributions to Republicans prior to this year total $3,750, including $1,000 to Brown and $1,250 to Labor Commissioner Cherie Berry.

Don Carrington is executive editor of Carolina Journal.
Go Back