How One Career Mishap Plunged an Uninsured Charlotte Woman to Poverty 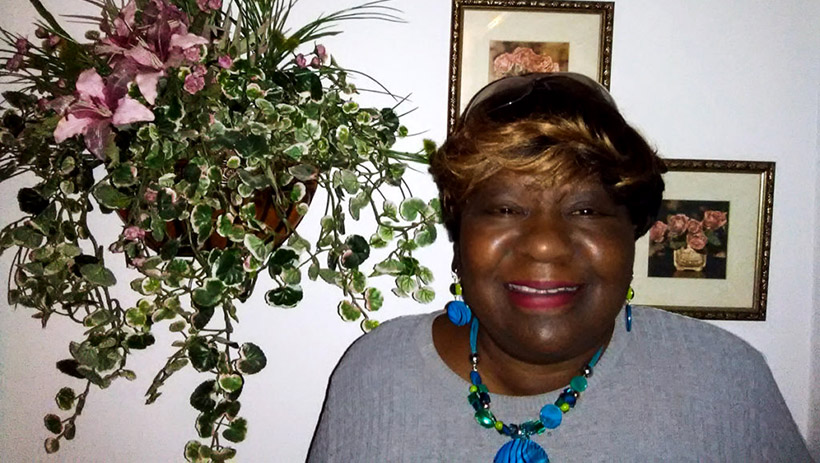 [Editor's note: This story is part of "Cracks and Fissures," a Carolina Journal series of articles about the implications for North Carolinians of the coverage gap between people eligible for Medicare or Medicaid and those with private health insurance. Gov. Roy Cooper is pushing expansion of Medicaid to cover the working poor but the GOP legislative majority says expansion would exacerbate flaws in the system and lead to spiraling debt.]

After about 100 jumping jacks and a few laps across the pool, Vanina Melendez began to think something was wrong.

She plunged head first into the water for another toe-touch when she suddenly felt heavy, as though she couldn't breathe.

"I was trying to smile," the 60-year-old Melendez said. "My family was there. Somebody's wife was being a beauty on the side - you know, she didn't want to get her hair wet. I didn't want to alarm anyone because they were having a good time."

"I said, 'I'm fine,' but I guess I didn't look fine, because my neighbor kept saying, 'Let me help you. Let me help you,'" Melendez said.

Her neighbor helped her to her apartment, where her son saw her struggling to speak.

"When she came home, we instantly knew something was wrong," said Sterling Melendez, now 25. "She was saying she couldn't breathe, so we called 911."

Melendez had suffered from a sudden heart failure, drowning as internal fluid filled her lungs. She stayed three days at the hospital as physicians worked to regulate her blood pressure and help her to breathe on her own. That was four years ago - in 2015. Since then, two similar incidents have landed her in the intensive care unit. She had no health insurance, so the visits left her with nearly $100,000 in medical bills.

Melendez is one of an estimated 300,000 people in North Carolina who fall into the so-called health insurance coverage gap. Although she's considered low-income, Melendez can't get Medicaid because she doesn't have any of the qualifying conditions - such as pregnancy, a disability, or dependents.

"I have bills up the ying-yang," she said. "And all of that prevents you from getting a job once it affects your credit."

It wasn't always this way. Melendez used to work a full-time insurance job that paid around $30,000 to $35,000 a year. Her employer covered her health insurance through Blue Cross Blue Shield.

But four years ago, several insurance carriers left North Carolina, causing her insurance company to lay off several employees, including Melendez. A month afterward, she suffered her first heart failure, with no job or health insurance to cover the bills, much less the rehabilitation treatment her doctor recommended.

Despite her fragile health and family's concerns, Melendez knew she would have to find a new job.

But when Melendez pulled up for her first day at a call center, she couldn't walk to the door. She stood there, frozen, in the middle of the parking lot.

"I could feel complications in my chest," she said. "I just stood there with tears running down my face because I wasn't able to move."

Melendez didn't go back to work for another two years. Melendez's son, who works a warehouse job, covered a lot of her bills.

The situation is not uncommon. A Danish study shows one-third of adults who suffer heart failure don't return to their jobs afterward. It also shows young people (18 to 30 years old) are over three times as likely to return to work post-heart failure as older people (51 to 60).

Melendez's financially-tight situation means she can't afford an echocardiogram to check up on her heart's activity and ward off a future hospital emergency.

"I don't want to go back to the hospital again," she said. "I may never come out."

Although she's doing better now, Melendez still worries about her health and her ability to support herself.

"Medicaid expansion should be a right, not a privilege," she said. "That doesn't mean people don't have to work or contribute to society. They need to be healthy, which is good for the economy overall. A healthy work force is a profitable workforce."

Stephanie Tyndall, a nurse at Kinston Community Health Center in eastern North Carolina, helps provide treatment to low-income residents like Melendez who have little to no insurance coverage. Tyndall emphasizes that Medicaid is meant to help people get back on their feet, not to make them dependent on government funds.

"Society has lost sight of what Medicaid is supposed to do," she said. "It's not a means to live by. It's there to help you to get where you need to be."

Melendez now works part-time for a standardized testing company and hopes to work back toward full-time hours once her health improves. With her current Social Security and disability benefits, she makes about $15,000 annually.

"Annually. Can you believe it? Annually. I never thought I'd see the day."

Melendez does her best to eat well and stay active. But high blood pressure runs in her family, and she will probably be taking medicine to treat it for the rest of her life. She's managed to pay off around $30,000 of her medical bills, but she still has a long way to go.

"They say most people that are working are just one paycheck away from being homeless," Melendez said. "You know, you have an emergency, and just like that, it's gone. It takes all your life to make it, and it's gone in a blink."
Go Back