Start of Practice Ushers in New Season | Beaufort County Now | Fortified with the addition of 11 newcomers and anchored by the return of its leading scorer and rebounder from a year ago, the East Carolina men's basketball team will open practice for the 2019-20 campaign Saturday morning, less than 40 days from its season-opener November 5 against VMI. 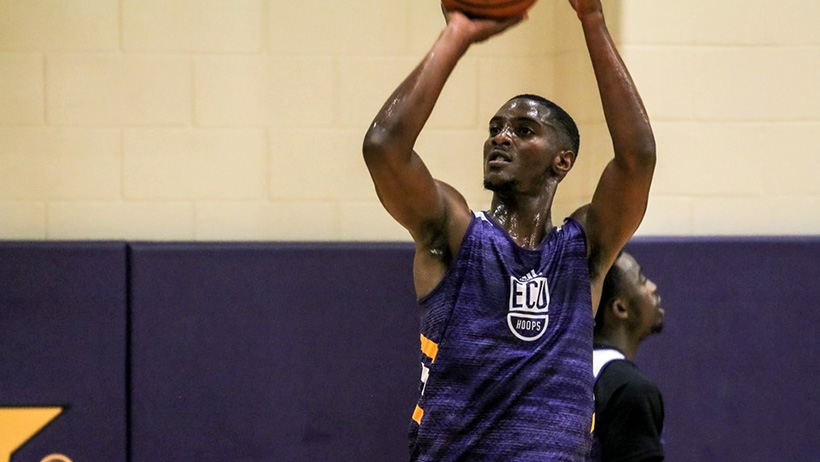 Fortified with the addition of 11 newcomers and anchored by the return of its leading scorer and rebounder from a year ago, the East Carolina men's basketball team will open practice for the 2019-20 campaign Saturday morning, less than 40 days from its season-opener November 5 against VMI.

The Pirates are entering their second season, sixth overall, under Coach Joe Dooley, who along with coaches Raphael Chillious and Steve Roccaforte, assembled a top 10 recruiting class that included four of the nation's top 50 junior college players.

Since the team arrived on campus earlier this summer, they have been honing their skills and developing chemistry both on and off the court.

"The summer workouts helped us," Dooley said. "I think that they are starting to get a feel for one another and that will continue to happen as the year evolves.

"From a defensive core, we've got an idea of what we're supposed to be doing and offensively we're starting to figure out a few things. We've had few guys nicked up, so we want to make sure we don't get too far ahead of those guys that are out so that they can't catch up. We've tried to put in some core stuff and build on it."

Sophomore Jayden Gardner, who led the Pirates in scoring (16.3 ppg) and rebounding (8.5 rpg) on his way to being unanimously voted on to The American all-freshman team, is the lone returning starter from last year and one of just two returning lettermen along with redshirt senior Seth LeDay (11.0 ppg, 5.8 rpg).

The duo is a part of a roster that features 10 players listed at 6-foot-5 or taller, including a trio of seven-footers: freshman Charles Coleman and junior college transfers Ludgy Debaut and Edra Luster.

Former Virginia Tech guard Tyrie Jackson and Little Rock, Ark., native Tremont Robinson-White are expected to compete for time at the point, but could see action in the back court together. Freshman Logan Curtis also give ECU another formidable ball handler.

The 2019-20 schedule includes 16 home games, a trip to the Island of the Bahamas Showcase and a game against Navy at the prestigious Veteran's Classic in Annapolis, Md.
Go Back