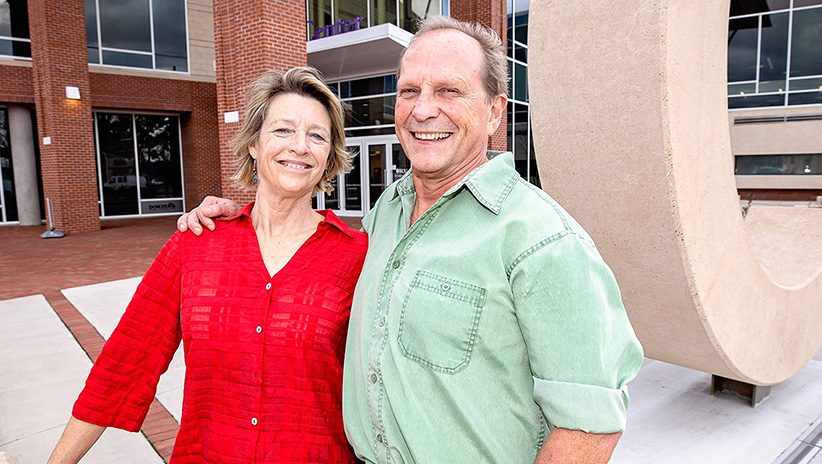 The Harrises’ love story started before they arrived at ECU as graduate students, but it brought them back to campus as professors 20 years after they graduated. | Photo: Cliff Hollis

Married East Carolina University professors never expected a rogue storm to shipwreck their boat along the coast of North Carolina 35 years ago, but that is exactly what happened and where their Pirate story begins.

Dr. Patrick Harris, teaching assistant professor of biology, and Dr. Lynn Harris, associate professor of history and maritime studies, have taught in the Thomas Harriot College of Arts and Sciences since 2009.

The Harrises are originally from South Africa. Lynn grew up in Cape Town and Patrick in Pretoria. They met in Cape Town while playing underwater hockey. After finishing their undergraduate and honors degrees from universities in South Africa, the Harrises decided to continue their education in the United States but were still contemplating which university to attend. 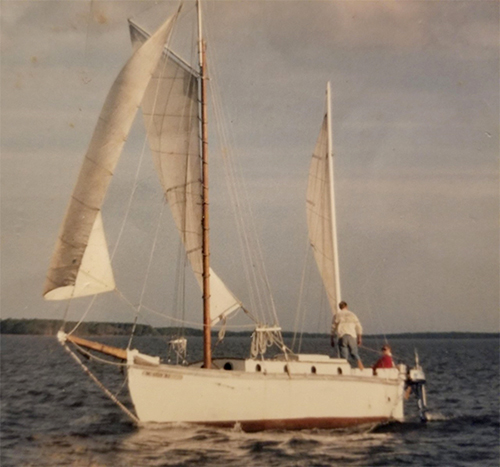 Initially, Lynn said they were not too scared about the storm, but that changed.

"We argued about putting up a small sail to take advantage of the storm wind. Bad decision! After the mast broke and we lost the radio - plus the vessel started taking on water - it started to become rather terrifying," she said. "I began packing water, emergency supplies and the first aid kit to help us if we ended up on the plastic raft or hanging on a piece of wood."

The following morning, with their boat still afloat, the Harrises used flares to attract a passing Navy vessel. The Navy helped the Harrises pinpoint their location, and since their vessel was equipped with a motor, they gave the Harrises gasoline to make it to shore.

After reaching a boatyard, Lynn and Patrick met "incredibly helpful, friendly and engaging" ECU faculty and students. They met and talked with now retired biology professor Dr. Carl Heckrotte and his wife Mary, who worked in the psychology department, and Brad Rogers and Gordon Watts from the maritime studies program, who talked about their search for the Lost Colony and other stories about ECU's graduate program activities and assistantships.

Meeting these individuals persuaded the Harrises, then and there, to apply for graduate school at ECU. 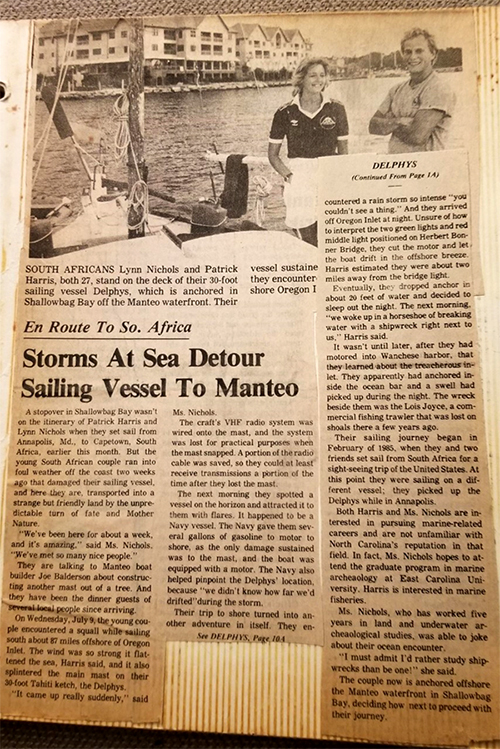 A newspaper article details Lynn and Patrick’s unexpected wreck along the North Carolina coast. | Photo: Contributed
"We borrowed a motorbike and rode to Greenville to meet with ECU graduate school program chairs and directors (then Dr. Bill Still for maritime studies, and Dr. Bob Christian for biology), who accepted us into our respective master's degree programs," said Patrick.

So, in 1986, Lynn became the first student in ECU's maritime studies graduate program, while Patrick became the first of Dr. Roger Rulifson's biology graduate students. A year later, Lynn and Patrick got married at the courthouse in Greenville.

"This little town was so friendly and welcoming," Lynn said of Greenville. "We were sad to leave. We made such good friends, and the faculty were so welcoming - inviting us to their homes for dinner - going above and beyond to help us with our research and finding grant funding. That is something we have tried to emulate as faculty."

The couple graduated with their master's degrees from ECU in 1989. Due to some political turmoil and unstable job markets in South Africa at the time, Lynn and Patrick moved to South Carolina, where they spent the next 20 years.

Patrick completed his doctoral degree from the University of South Carolina and then worked for the South Carolina Department of Natural Resources for 17 years.

Lynn began a job at the University of South Carolina in the Research Institute of Archaeology and Anthropology as an underwater archaeologist. She completed her doctoral degree, taking classes part time while employed at the university.

"It was not a conscious decision ever to immigrate," Patrick said. "We developed a network of close friends and started a family in the U.S., but we return regularly to South Africa to do research and spend time with our families who are still there." 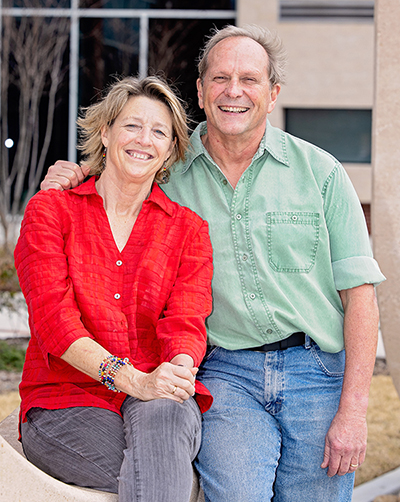 Lynn and Patrick Harris | Photo: Cliff Hollis
In 2009, the Harrises came full circle, this time returning to ECU as professors in their fields.

"I really enjoy teaching, especially now that I've been given the opportunity to teach upper level classes," said Patrick.

He is making an impact and a lasting impression on his students, so much so that one has asked for a letter of recommendation for physician assistant school, even though the student will not be applying for another two years.

Lynn reflected on how she appreciates the changes in Greenville.

"Nowadays, I really like the way Greenville is developing as a town - the greenway, walking trails, pub run, athletic activities. As a small town, it seems to be coming together as a community more than it ever has been," said Lynn. "The comparison from when we were here in the '80s to now is a big change."

The Harrises say that pursuing a liberal arts and sciences education can expose students to alternate ways of thinking and get them outside of their comfort zones.

"My advice to students is to have a Plan B and a Plan C, and maybe even a Plan D. Don't put all your eggs in one basket," Patrick said.

"I deal mainly with graduate students who are always in a rush to get through and get a job. Do it, but enjoy the journey," Lynn said. "Get really passionate about your research. Do internships. Go to conferences. Give papers. Even a really good term paper could be a journal article. Try and get as much as you can out of your studies and know our faculty are here to help you do that."