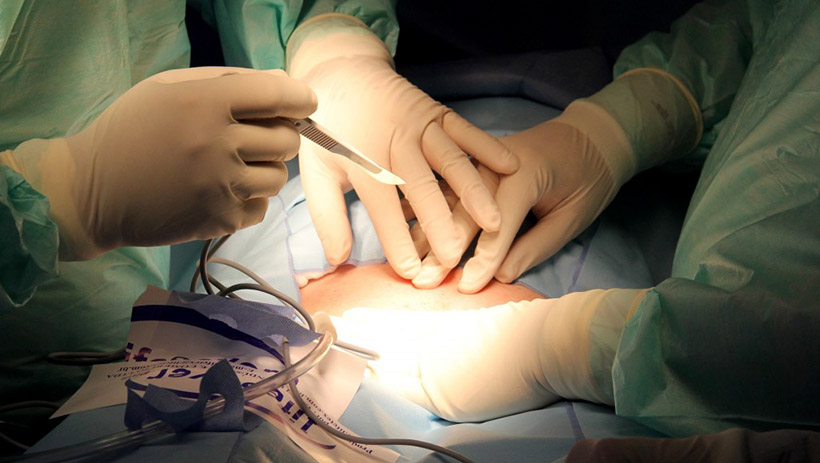 It remains unclear how much money will make it to North Carolina, but experts say the billions in the CARES Act won't be the end. Money earmarked for business relief will also flow into the health care sector, as medical practices struggle to keep their doors open.

The lion's share of the health care spending goes to hospitals, who will reap $100 billion for responding to the coronavirus. They will receive billions more in cancelled cuts to the rates paid by Medicare and Medicaid, which were once expected to save Medicare tens of billions of taxpayer dollars.

Hospitals are hard-pressed after the coronavirus response froze nonessential elective procedures. Hospitals across North Carolina are operating at 50% capacity. Even their emergency rooms are "eerily calm, like the calm before the storm," said Cody Hand, North Carolina Healthcare Association lobbyist.

"That's a big number. That's devastating for our revenue," Hand said. "A lot of our hospitals are worried about their bottom line. They still have to meet payroll and keep the light on, and that's hard to do when you've cancelled all your revenue-generating procedures."

Medical practices across the state cancelled elective procedures, and many specialists find themselves particularly exposed. Their revenue has all but vanished, but they are not involved in the COVID-19 response.

"You have doctors who are basically shuttered right now - the specialists who either can't do work because we've shut down elective procedures, or because patients are fearful to go into their offices," said Chip Baggett, N.C. Medical Society lobbyist. "They're trying to figure out some way to continue to employ their folks, and not lose well-trained staff that they've come to know and love."

Some of the relief will come from funding targeted at businesses. The CARES Act includes a $350 billion loan program that will offer small businesses forgivable and low-interest loans. Small businesses can also get a refundable payroll tax credit, and they can defer their portion of the Social Security payroll tax during the crisis.

"Just because it doesn't have 'health' in front of it doesn't mean that that money won't make it to the health care sector," said Steve Ellis, Taxpayers for Common Sense president. "It's a lot of cash, and the question will be whether it's enough or not. It clearly does not appear that this is going to be the last bite of the apple in terms of money going out."

The small business relief measures will be particularly important to dentists, who are struggling with high overhead costs and low revenue.

"They want to take care of their dental staff, continue to pay their mortgage, rent, and overhead, but they're worried about how they can continue to do that," said Lisa Ward, N.C. Dental Society associate executive director. "They're trying to use the provisions of the stimulus package to stay afloat."

But Baggett worries that it could be weeks before providers see the money, though he praised the bill.

"Some of these practices are making decisions right now about their employment. They need some kind of relief now, not in a month or longer," Baggett said. "We're just like all other small businesses out there. We need relief now, assurances now, to hold this thing together."

Baggett worries about the long-term impact the coronavirus will have on the state's health care system.

"I don't want anybody thinking that they're going to lose their doctor over this," Baggett said. "We're doing everything we can to make sure that doesn't happen."

"Our rural hospitals are really suffering," Hand said. "They were already at the brink of being able to survive, and with this, they are really wondering how tomorrow looks for them."

Some of the provisions will already shelter rural hospitals' revenue. The CARES cancelled Medicare and Medicaid rate cuts that had been planned for years.

Hospitals and providers will keep at least $3 billion from a temporary suspension of a 2% cut in Medicare fees - which the Office of Management and Budget expected to save Medicare $16.2 billion in fiscal 2021. More than 3,000 hospitals with outsized numbers of Medicaid or uninsured patients will now keep $8 billion, and, in North Carolina, an expected $113.3 million. Clinical laboratories and some medical equipment suppliers will also dodge some cuts.

The state also stands to save an estimated $180 million to $195 million on its Medicaid program. Previous legislation gave states a temporary 6.2% increase in the federal matching rate for the program. This will not apply to adults covered under Medicaid expansion.

"The blanket Medicaid increase certainly isn't an ideal mechanism to get the money to the states in a targeted way," said Nina Schaefer, Heritage Foundation senior research fellow. "Not putting a targeted approach in these bills can be problematic moving forward, and perhaps not the most efficient way of helping states or providers in the long-term."

The funding should target hospitals who are struggling because of the pandemic, says Schaefer.

"There will be some efforts to do blanket bills for hospitals across the board, but that doesn't do us much service as targeted approaches," Schaefer said. "The best thing that could be done is figuring out how to use real data, real claims, real costs to figure out how to allocate the funding."

Whether N.C. hospitals will get $3 billion remains unclear, but the law created several new oversight bodies to analyze how the $2 trillion is spent.

"They've ceded a lot of power to the executive in this package," Ellis said. "It's still not clear that that's going to dictate or redirect what the executive decides to do. It's a brave new world out there."
Go Back