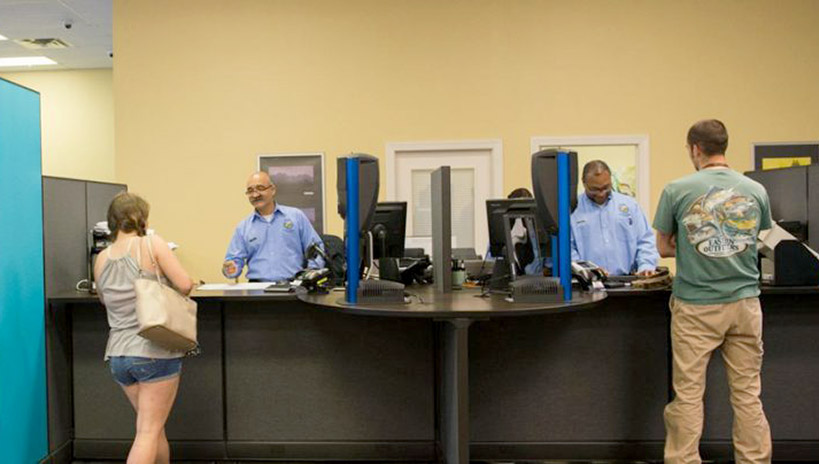 Photo: N.C. Divison of Motor Vehicles
N.C. House members took on a host of time-sensitive issues arising from the COVID-19 pandemic during a Wednesday, April 29, meeting of the House Pensions and Retirement Committee.

They also voted to more than triple their death benefits, despite worries that raising payments from $15,000 to $50,000 during the coronavirus outbreak would look bad.

The raise to lawmakers' death benefits in House Bill 1042 and the coronavirus response House Bill 1043 will go to the House Rules Committee.

"I do worry about the local governments taking on debt," said Joe Coletti, John Locke Foundation fiscal policy analyst. "The more ways you can borrow, the more you can borrow without gaining too much attention. ... As a general rule, it's a bad idea to have more ways to borrow money, especially when revenues are as they are."

If the bill becomes law, the DOT could spend more of its budget. The bill would lower the agency's cash floor from $282 million to $125 million, allowing the department to take an extra $157 million out of the bank.

The department was in financial trouble even before the outbreak tanked collections from the gas tax and other fees.

The department overspent by about $2 billion and suspended work on some 900 projects last summer. The department blamed storm damage and litigation from the Map Act, a repealed 1987 law that allowed the DOT to seize private land without immediately compensating landowners.

But a McKinsey and Co. report highlighted "governance challenges" as the largest source of overspending, saying that "culture of cash" accounted for $262 million in overspending. The legislature bailed out the department with $200 million last year.

Now, the department says it has another $300 million hole in its budget because of the coronavirus.

"[Lawmakers] have done a lot to bail out the DOT. The DOT had bad cash management, and it's not clear they've improved it," said Coletti. "But this is probably the least bad thing that the legislature has done. ... This provides a bit of flexibility with money that has been appropriated."

A credit agency has highlighted concerns that the department's overspending could threaten its credit rating, said State Treasurer Dale Folwell.

"They were writing checks they couldn't cash. They overspent their budget by billions of dollars. Part of running an operation that big is to keep money in reserves," Folwell said. "I'm concerned about everything and anything with the DOT related to money."

The bill also would allow people to wear masks in public for coronavirus protection. Wearing masks in public is illegal except for theater performances, rituals, holidays, motorcycle riding, and jobs requiring masks for protection. It could help people marry during the pandemic by authorizing virtual communication between the couple and registers of deeds.

The bill would extend telemedicine benefits to people who were involuntarily committed. Local governments could petition to dispose of yard waste in landfills, while notaries could use virtual technology.