The Thorny Issue of Slavery Reparations 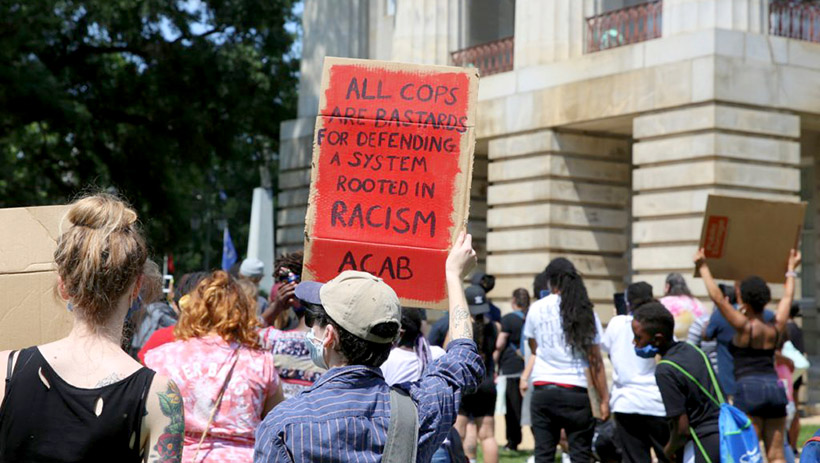 This summer's racial protests and violence have propelled the issue of slavery reparations under the national spotlight. It is a central feature of the list of demands forwarded by the Movement for Black Lives — a coalition of "Black Lives Matter" and other related groups. For the first time since Reconstruction, there are currently bills in the House and Senate calling for reparations. Prominent African Americans have worked to focus public attention on the issue. BET founder Robert Johnson suggests the payment be $14 trillion, roughly $350,000 for every black American alive today and two-thirds of the country's GDP.

Although the federal government has never formally apologized for slavery, the U.S. House of Representatives and Senate, nine of the 18 slaveholding states — including North Carolina — and many cities have. Reparations clearly go further and put a financial price on contrition, though. Unsurprisingly, there has been a great deal of resistance. Polls repeatedly show a clear majority of African Americans in favor of them, but support among whites is around 15% to 25%.

Much of the opposition to reparations rises from practical considerations. For what, precisely, is the money compensation? The most expansive plans propose payments to living blacks so they can occupy the economic position they would currently hold had slavery never existed. This approach tends to indemnify African Americans, not just for the period under slavery, but also for the harm caused by American society since emancipation. More modestly, some have suggested calculating the value of the labor provided by slaves. Others have proposed the financial value of the "40 acres and a mule" General William Tecumseh Sherman promised freed slaves at emancipation but that President Andrew Johnson annulled. That's believed to be worth anywhere from about $15,000 to $80,000 today.

Who would get the payments? There are an estimated 30 million descendants of slaves living in America today. Determining lineage and the extent of it is very difficult and expensive. But if reparations are to atone specifically for the economic harms of slavery — rather than take the form of penance — it would be fair to gauge the extent to which descendants have suffered. What about wealthy descendants? What about the class of professionals — academics, administrators, journalists, lawyers — who have made careers off the proposition blacks have suffered racism and discrimination? What about past and existing compensatory policies, like affirmative action? Influential recent essays written against reparations — such as David Frum's in the Atlantic and Kevin Williamson's in National Review — hinge on this point. Moreover, a sizable number of local governments — including just recently Asheville — universities, churches, and other institutions have paid some form restitution for their forebears' profits from slavery. Corporations like Facebook, Nike, and Apple have recently donated large sums to "social justice" groups. Do these payments count?

This question leads to another: Even if reparations are legitimate, should every American alive today have to pay for them? What about immigrants or descendants of immigrants who arrived after 1865? What about Americans who can trace their lineage to non-slave holding states? Government compensates the relatives of wronged citizens all the time. But reparations are different. The amount involved is large and the federal government is not really at fault; if this is about government culpability then proponents of reparations would be demanding slave-holding states, particularly members of the Confederacy, pay first. When Washington funds national defense or welfare programs, it does so for the good of all or because any citizen could plausibly be unfortunate enough to qualify for public assistance. There is a clear sense of both national and personal benefit and responsibility. Reparations work on the notion a determinable and fixed group of Americans owes another determinable and fixed group of Americans a lot of money for something that happened long before any of them were born.

The matter is therefore a thorny one. I think the best approach for those who believe reparations are just is through philanthropy, essentially the approach currently taken. If the federal government is to do this formally, then sidestepping intractable questions of who deserves to pay and benefit will be important to the program's legitimacy. On the matter of who should provide the funds, Congress could allow individuals and corporations who believe they have benefited from slavery to pay voluntary additional federal income tax into a separate account at the Treasury.

David Brooks provides recommendations on who should receive the payments. He suggests the money go to community groups and nonprofits investing in value by supporting black businesses and giving young African Americans the tools to enjoy successful, productive, and therefore independent lives. There is precedent for this. The West German government's reparations to Jews following World War II went to Israel and religious and ethnic organizations, not individuals.