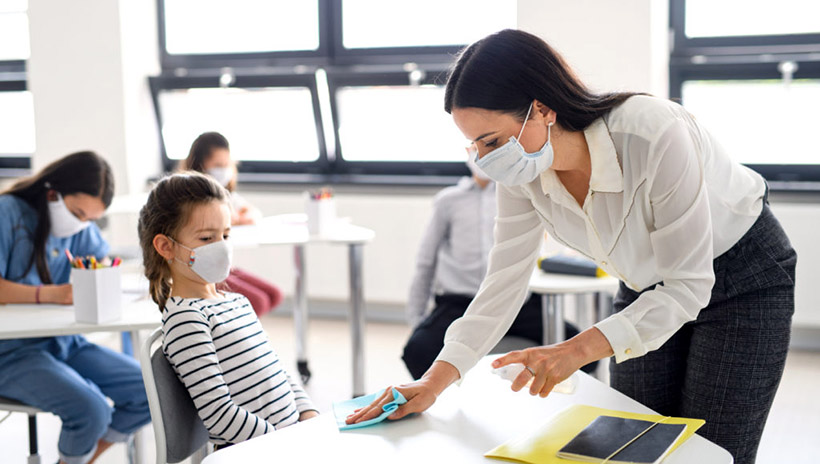 North Carolina's public schools and universities are asking the General Assembly for millions more to deal with COVID-19 challenges.

The House Select Committee on COVID-19 education working group met for the first time in months to hear updates on how the state's various education systems are handling the ongoing COVID-19 outbreak.

N.C. public schools and the higher education system all want more money to pay for COVID-19 related operations. The state has somewhere between $552.4 million and $903.9 million left from the federal CARES Act to spend on COVID-19 relief. More money could come from the federal government, but Congress hasn't agreed to anything. No one knows how much of that schools and universities would get.

The General Assembly will return next week to discuss spending whatever is available, said Rep. John Fraley, R-Iredell, one of the co-chairs of the working group.

COVID-19 has had a major impact on the public school system and its students, Eric Davis, the State Board of Education chair, told lawmakers.

The pandemic has affected children mentally, physically, and academically, he said.

About half of North Carolina's 115 school districts are offering full-time remote learning for the start of the 2020-21 school year. The rest are using a mix of in-person and remote learning.

While the school system has received millions in state and federal aid, more is needed to deal with COVID-19, Davis said.

The K-12 public education system is asking for an extra $122.4 million.

The money would pay for personal protective equipment, improving internet connectivity, and buses to transport meals and set up wifi hotspots to students in need, Davis said. The public school system has asked for federal waivers for child nutritional services.

A lot of state funding for schools depends on student enrollment. As students leave the school district for homeschooling or private schools, districts could get less money. Many N.C. school districts were financially fragile before COVID-19. Districts need the legislature to hold them harmless as enrollment has sagged, Davis said.

Rep. Pat Hurley, R-Randolph, said her county superintendent expects students to return to schools in January, so the county wants state funding to stay steady when students come back.

But students who choose alternative education may not return to district schools, said Terry Stoops, vice president of research and director of education studies at the John Locke Foundation.

"Students in schools of choice tend to be more satisfied with their school than those that attend a district school and, therefore, less likely to transfer," Stoops said.

The fall semester has begun for all University of North Carolina System schools, other than UNC-Charlotte, which will begin with remote learning in September.

The UNC system didn't specify an amount, but hinted it would need at least $100 million to make up for lost revenue.

The COVID-19 has hit UNC in unexpected ways, so the system needs flexibility with any new money, said Jennifer Haygood, UNC System senior vice president for finance and administration.

The N.C. Community College System is asking for $30.8 million for the fall semester and $45.8 million for the spring semester. The money would pay for online learning, academic programs, and PPE and other cleaning materials, said Elizabeth Grovenstein, vice president and chief financial officer at NCCCS.