Cooper Has Finger on Shutdown Button; Don’t Let Him Press It | Beaufort County Now | North Carolina has an opportunity. Meaning North Carolina as a whole, but also as a sum of its complex and diverse parts. | carolina journal, roy cooper, governor, shutdown, lockdown, coronavirus, covid-19, november 20, 2020

Cooper Has Finger on Shutdown Button; Don’t Let Him Press It

Published: Saturday, November 28th, 2020 @ 5:48 am
By: Carolina Journal   ( More Entries )
Publisher's Note: This post appears here courtesy of the Carolina Journal. The author of this post is John Trump. 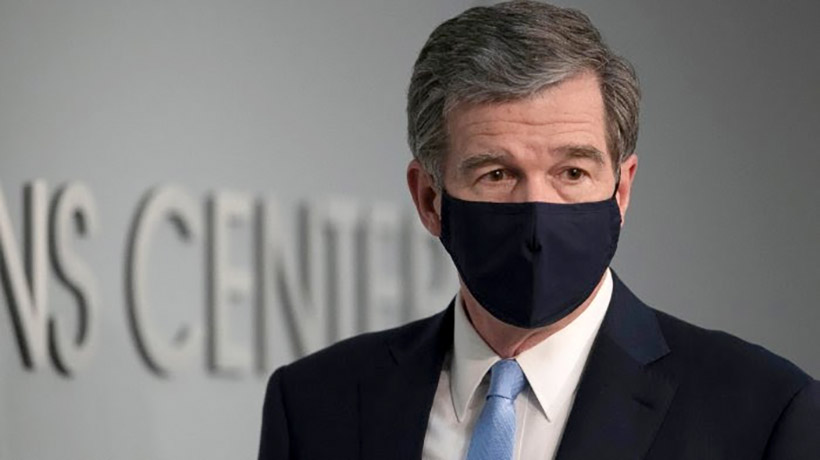 Gov. Roy Cooper has taken much from us, decisions made and edicts issued because of the COVID-19 pandemic. I've said this before.

But Cooper, by deciding against taking even more, in an odd sort of way has given us a chance to take care of ourselves. Meaning as individuals, because his decisions during this pandemic will have repercussions both profound and long-lasting.

Cooper may return North Carolina to March, with draconian lockdowns and closures. That would be a mistake, for myriad reasons, to our economy and to our general well-being.

The system pinpoints counties with the highest levels of viral spread and offers specific recommendations to bring numbers down. Counties are coded as red, orange, and yellow, with red classified as "critical." They're assigned respective colors according to the rate of cases — the number of new cases in 14 days per 100,000 people — the percentage of positive cases, and impacts to hospitals.

The metric is a gesture toward transparency, as well as promoting individual responsibility, but that's all. A tiny gesture.

The map, on the health department's website, is static. North Carolina's 100 counties are delineated by color, but nothing more. It's not interactive, and counties aren't labeled, so searching is a chore. Further, the map, like many aspects of this administration's response, lacks context because it's void of demographics, including congregate living facilities — prisons, nursing homes, farms. That's on another map, on another part of the website. As an aside, the state Wednesday, Nov. 18, reported 4,898 deaths related to COVID-19. Of those, 1,906 were attributed to nursing homes; 507 to residential care facilities.

Call this an opportunity, a chance, or a wake-up call. To counties, cities, and towns, whether they're red, blue, or deep purple.

Cooper, though his margin was better than in 2016, won another term by fewer than 250,000 votes. Not nearly the relative landslide pollsters predicted. Many in the electorate — about half — don't trust Cooper, and they don't care for his policies. Whatever he does now won't change their minds.

North Carolina is replete with competing beliefs and disparate ideologies, our people as different as the towns in which they live. Their beliefs are strong and unshakeable. In family, in God, in freedom and liberty.

This is their chance — our chance — to teach this administration about personal responsibility, about how communities and people can come together to take care of one another. Without the burdens of government lockdowns and pedantic lectures. Without color-coded charts and def-con-like maps. Without interference and intervention.

In Kentucky, Gov. Andy Beshear, a Democrat, this week announced new restrictions on people and businesses. Schools will close, and restaurants will close to indoor dining. Residents are told to work from home, and indoor gatherings will be limited to eight people. In Ohio, Gov. Mike DeWine, a Republican, enacted a curfew, mostly closing the state from 10 p.m. to 5 a.m.

People in the Cooper administration are having similar thoughts. About enacting extreme measures to slow the spread of the virus. About more fines for people who fail to comply with this order or that. Threats of criminal charges.

This is a chance to prioritize common sense over politics. To put the well-being of each other ahead of politics or politicians, of any stripe. Just to make a point.

Cooper, I'm convinced, has a finger close to the shutdown button. Hovering just above it, probably. We can't let him press it down.