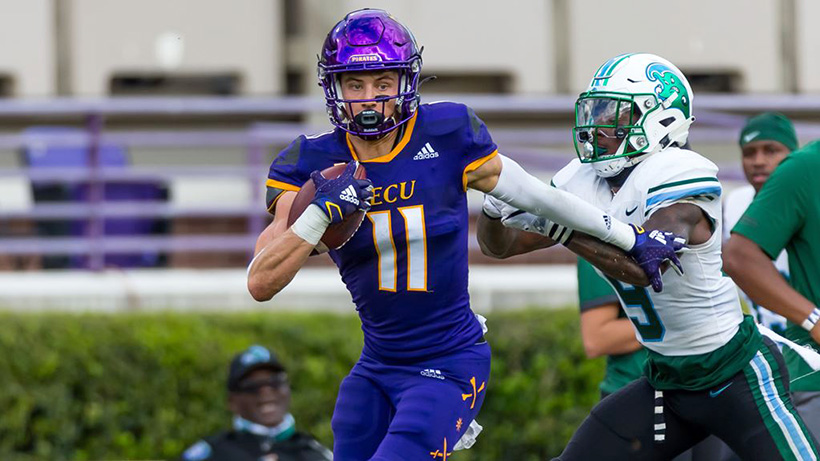 In addition to making at least one catch in his last 24-straight games dating back to 2018, Proehl will close out his ECU career with 130 receptions for 1,576 yards and nine touchdowns in 31 contests (22 starts). His catch total already stands 12th among all-time Pirate receivers in just three years of action.

Proehl ranked second on the unit with 47 receptions and tallied four TDs in 2020 while authoring two triple-digit yardage outings, which included a team single-game best 182-yard performance against Tulane on Nov. 7 at Dowdy-Ficklen Stadium. His last game was a six-catch, 152-yard, two-touchdown effort during the Pirates' 52-38 American Athletic Conference victory over SMU on Saturday.

The Charlotte Providence High School product will graduate from ECU with a bachelor's degree in communications via virtual commencement exercises Friday.

The 2021 NFL Draft is scheduled to begin April 29 and continue through May 1, and be televised by ESPN and the NFL Network.