Published: Sunday, December 27th, 2020 @ 10:26 am
By: Carolina Journal   ( More Entries )
Publisher's Note: This post appears here courtesy of the Carolina Journal. The author of this post is John Hood. 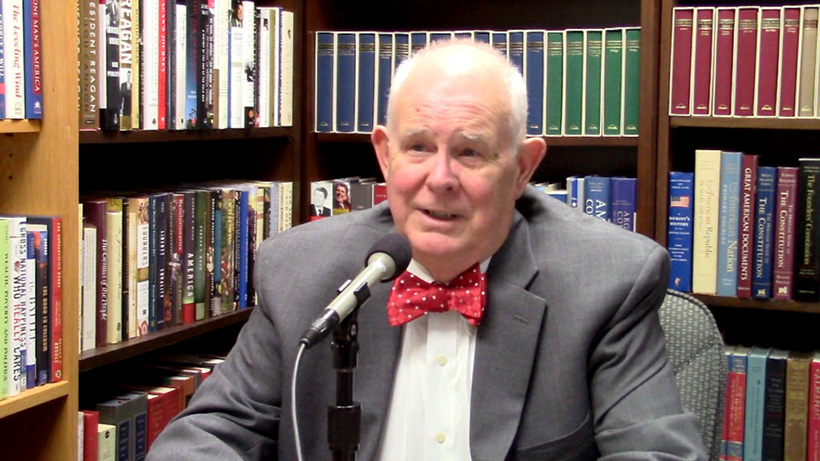 May I tell you a bit about the pioneering Campbells of eastern North Carolina?

The patriarch of the family, minister James Archibald Campbell, founded a school in Buies Creek in 1887 that we now know as Campbell University. In the early days, privation and bad luck sometimes forced "Jim Arch" to keep institution alive through sheer force of will.

When he died in 1934, his son Leslie Hartwell Campbell was the unanimous choice of its board to take over as leader. At 42, L.H. Campbell was at the time North Carolina's youngest college president. He continued the family's pioneering ways, expanding the campus in size and scope. It became a four-year institution, and the home of the first Paul Green Theater, named after the distinguished playwright and alumnus.

L.H. Campbell's son Hartwell was a pioneer of a different sort. In 1953, he launched the first television station in Eastern North Carolina, WNCT-TV in Greenville. A few years later, he was instrumental in forming the first network to broadcast ACC basketball games. Hart Campbell was also prominent in civic affairs, including service in the North Carolina House of Representatives.

My friend Tom Campbell, Hart's son, has continued the family tradition. He spent decades owning and operating radio and television stations, eventually being inducted into the North Carolina Broadcasters Hall of Fame. His service to his native state has included raising money for public television, serving on state boards, and working for former State Treasurer Harlan Boyles as his chief deputy.

Today, most readers would know Tom as the founder, producer, and moderator of "NC SPIN." Since its debut in 1998, the weekly program had supplied viewers and listeners with "balanced debate for the Old North State," as he memorably put it. Originating on a network of commercial TV stations, "NC SPIN" later added a network of radio affiliates. A couple of years ago, the program moved to public television, airing every Friday night and Sunday afternoon on UNC-TV.

I've been privileged to be part of "NC SPIN" since its inception. I've enjoyed watching it develop into a unique mix of serious analysis and quirky humor that has earned a strong and devoted audience across the state. "I watch you every Sunday" became the opening line for many a conversation I've had over the past 22 years while standing in a checkout line, walking through a crowd, or sitting down to dinner.

Often, that line was immediately followed by an argument. But it was the good kind of argument — a longtime viewer politely but passionately disagreeing with me about something I'd said on a recent show.

Actually, sometimes the viewer was upset about something another panelist had said. But I was recognized, and available. So I got the argument. It was delightful.

If you're a fan of the program, you've probably heard by now that "NC SPIN" is ending its run this month. After more than half a century in broadcasting, Tom Campbell has certainly earned a relaxing, fulfilling retirement. His family wants more of his time. I don't blame them. I know how they feel.

Although there was occasional drama about "NC SPIN" in its last few years on the air, there is no elaborate backstory or hidden truth here. The program had a very successful 2020 election cycle, and is routinely ranked by independent surveys as the most influential public-affairs show in North Carolina. Its diverse panel of journalists, former public officials, and civic leaders will continue to have opportunities to comment on North Carolina politics and public policy, individually and in new partnerships.

But Tom Campbell is retiring. It is only right that the name of the program he created retires with him.

Of my friend and colleague, I will add only these final words: Tom is one of the most thoughtful, creative, and decent people I have ever had the pleasure to meet. I have learned a great deal from him. So have generations of North Carolinians. Well done, sir. And thank you.

John Hood is chairman of the John Locke Foundation and author of the forthcoming novel Mountain Folk, a historical fantasy set during the American Revolution.
Go Back