Published: Sunday, January 24th, 2021 @ 11:36 am
By: Carolina Journal   ( More Entries )
Publisher's Note: This post appears here courtesy of the Carolina Journal. The author of this post is Andrew Dunn. 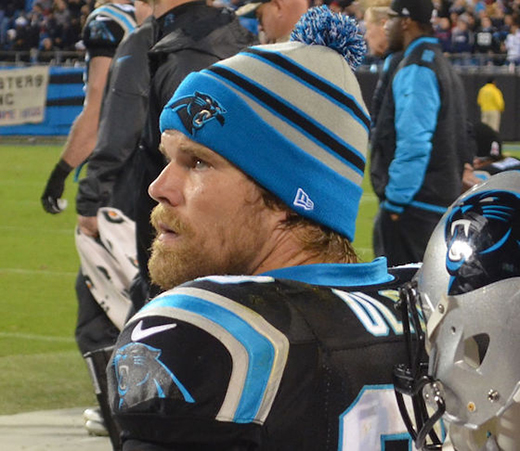 Greg Olsen, who spent nine seasons with the Panthers at tight end, sent a series of tweets this week urging Gov. Roy Cooper and other state political leaders to allow students back in the classroom. He cited a study from Duke and UNC-Chapel Hill doctors that found "extremely limited" COVID transmission in schools, as well as comments from Centers for Disease Control and Prevention director Dr. Robert Redfield that schools aren't major spreaders of the disease.

"Parents need to start being their children's best advocate. These public officials are doing damage to our kids they may never bounce back from," Olsen wrote. "Schools need to be open. Period ... Our community leaders need to wake up and make decisions that are in the best interest of ALL children. We are leaving thousands of children behind who need to be in school."

Cooper ordered schools to close in March as the coronavirus began spreading in the state, and students began attending classes online. Later in the summer, he loosened restrictions to allow elementary schools to bring students back in some circumstances.

But a large percentage of the state's school districts remain in fully remote learning. Some school districts, such as Charlotte-Mecklenburg Schools, briefly re-opened for part-time schooling before returning to completely digital instruction.

Some state leaders, including Senate leader Phil Berger, R-Rockingham, have pushed for schools to allow parents to opt-in to full-time instruction.

Olsen is currently playing for the Seattle Seahawks, but he maintains his home in Charlotte. He is also the founder of Receptions for Research, which helps families with children suffering from congenital heart disease, and has a long-standing partnership with Levine Children's Hospital in Charlotte.