TV networks are teaming with Biden to push gun control 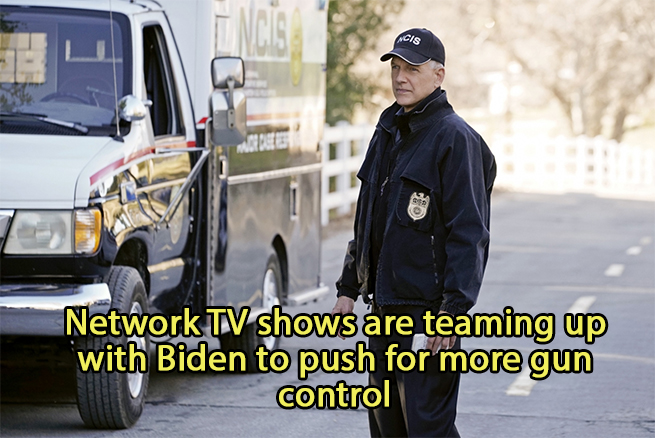 Last week, the Biden administration promised gun control groups that it will soon roll out a massive push for limits on firearm purchases and other measures. President Biden reiterated that promise on Sunday. And the television networks aren’t waiting to lay the groundwork for this effort.

CBS is in a full-court press for gun control on its evening entertainment television shows. The bad guys are always white supremacists who use machine guns — supposedly AR-15s — to commit mass public shootings. Criminals in Mexico supposedly get machine guns from the United States. A father’s desire to protect his family only leads to tragedy when his daughter gets into the gun safe and uses the weapon in a mass public shooting. And guns in the home pose a danger for children. Gun registration is necessary for solving crime.

NBC isn’t to be left out, showing a woman who tried but failed to use a gun to protect herself. Instead, her gun was taken from her and used to kill a police officer. The lesson is that owning a gun will only bring you grief.

And that’s just in the first six weeks of the year. Every show gives an inaccurate impression about firearms, thereby helping in this push for gun restrictions. It’s as though these shows were written by Michael Bloomberg’s gun control organizations. Indeed, the networks are working with these groups. A member of  Moms Demand Action recently wrote a Washington Post op-ed headlined: “Guns are white supremacy’s deadliest weapon. We must disarm hate.” So it isn’t too surprising that show after show portrays neo-Nazis using machine guns to commit mass public shootings. CBS’s “SWAT,” “FBI: Most Wanted,” “FBI,” and” Bull” all push this theme. They often refer explicitly to these guns as AR-15s. Others, such as “Magnum PI” and “NCIS LA,” constantly show criminals using machine guns.

In real life,  machine guns aren’t used in mass public shootings -- and in only two murders since the 1930s. AR-15s are not machine guns. They are semi-automatic rifles that fire the same bullets with the same power and rapidity as any small-caliber, semi-automatic hunting rifle.

Also, it’s rare for white supremacists to commit mass public shootings – and in 72% of these murderers the shooters have no obvious political views. By far the next largest group is Islamic extremists, at 10%. People identified as “right-wingers” only make up 3%, and another 3% are conservative or Republicans. The same numbers are liberal, Democrat, left-wing, or black militant. While 58% of mass public shooters are white (excluding Middle Easterners), that is less than their share of the population (64.4%).