ECU Drops 3-1 Decision at VCU | Beaufort County Now | On a windy day, the ECU soccer team did not have the bounces go its way as the Pirates fell at VCU 3-1 on Saturday afternoon. 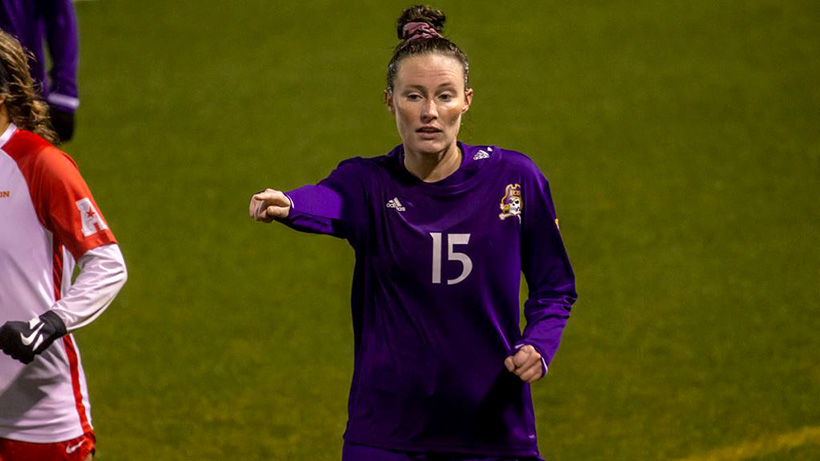 RICHMOND, VA. — On a windy day, the ECU soccer team did not have the bounces go its way as the Pirates fell at VCU 3-1 on Saturday afternoon.

"We are obviously disappointed with the outcome of the game, but it being our third game after a year-plus break and the last nonconference game we will play this season, we will have to find some positives to take away from it," said head coach Jason Hamilton.

"We went into the game planning on using a lot more players than we had in the previous two games so we are happy that we got some ladies out on the field who had not previously played and that we were able to try some new things with our lineup," Hamilton said.

Inside of ten minutes, the Rams were able to turn their pressure into a goal. A cross in the eighth minute took an unlucky bounce off a Pirate player and ended up in the back of the ECU goal to give VCU a 1-0 lead.

The Pirates tried to get that goal back as soon as possible. ECU took three shots over the following 10 minutes, including one each from Tori Riggs and Grace Doran that required the VCU goalkeeper, Brecht Haakma, to make saves.

Unfortunately for ECU, the Rams got a second goal after a Pirate foul in the box. That gave VCU a penalty kick and Emma Kershner converted the spot kick to double the Rams' lead.

"Defensively, we were sound again," Hamilton added. "I don't know too many coaches out there who would be disappointed in holding their opponent to six shots and four corners. The score and a few mistakes we made that led to goals do not reflect the defensive performance that we put out there. That is another positive to take away."

Finally, ECU got a break of its own. In the 71st minute, Morgan Dewey launched a free kick from nearly the halfway line deep into the VCU box. Multiple Pirates were close to getting a touch on Dewey's forward pass, but despite none of them actually getting a foot or head on it, the pressure helped allow the pass to take a bounce and end up in the goal for Dewey's first tally of the year.

The deficit suddenly cut in half, the Pirates looked to tie the game. VCU had other ideas though. On a Rams' counter attack, Anna Bagley collected an ECU clearance and got into the right side of the Pirate box. Bagley took a shot across her body and slipped the ball just inside the far post for VCU's third goal of the day.

ECU had one final chance to get into the game in the 86th minute. Pressure on the VCU defense helped allow Catherine Holbrook to intercept a Rams' pass and race in on goal. However, she flashed her shot just over the bar and VCU ran out the clock from there.

"One thing we talk a lot about is regardless of talent, the team that outworks their opponent will have the best opportunity to win the game," finished Hamilton. "With the conditions being windy and cold and the surface a little rough, VCU definitely adjusted to those better than we did and outworked us in a game that had to be more direct by both teams."

ECU will have a week to regroup before returning to conference action. The Pirates will next be at Temple for a Sunday afternoon matinee on Feb. 28. That game will kickoff at 1 p.m.