Built and paid for | Beaufort County Now | Recently President Obama, speaking in Roanoke, Va., commented, "If you got a business, you didn't build that. Somebody else made that happen." | President Barack Obama, Your Didn't Build That, Fire Station No. 1, Roanoke, Virginia, Communist, Socialist

Built and paid for

Login to Send a Private Message to Warren Smith
Publisher's Note: This article originally appeared in the Beaufort Observer.

Recently President Obama, speaking in Roanoke, Va., commented, "If you got a business, you didn't build that. Somebody else made that happen." Within a week Mr. Obama and his campaign advisors were attempting to back away from what had become, in retrospect, a serious gaff. The president's problem actually began a sentence or two earlier when he said, "If you are successful somebody along the line gave you some help. There was a great teacher somewhere in your life...somebody invested in roads and bridges."

On the surface the 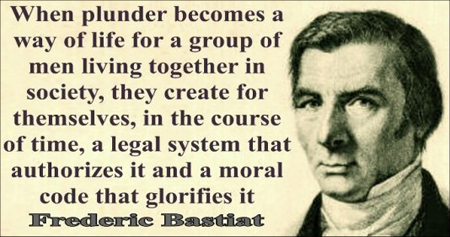 statement seems innocuous and unarguable to many Americans, but it is actually deeply flawed. No one "gave" anything to the entrepreneurs and small business owners Mr. Obama was addressing. Teachers were, in fact, paid for their efforts. Businesses and individuals paid the taxes levied on their incomes to fund the schools, roads and bridges the president alluded to. There were no favors exchanged. Every one of the diverse services and materials these businesses relied upon in building their success was voluntarily exchanged for money, fully and freely paid out by private property owners operating in a free market. Payrolls were met. Services were bought. Products were sold. Whenever private indebtedness was incurred to employees, suppliers or investors it was satisfied. All debts were paid. All accounts were balanced.

How could the president and so many others have failed to appreciate this?

The failure is due to their having come to accept the "nanny state" as being the context of their economic lives. The wealthy lobby for tax preferences and expect politicians to approve bailouts and financial redemption. The middle class asks for mortgage subsidies and low interest student loans. The poor ask to be made middle class. Senior citizens want it all. More people are being included in America's political shadow economy, where favors are the currency exchanged for votes and political support. As social transactions become more dominated by political favoritism and personal acquaintance with bureaucratic benefactors, they become less similar to the commercial quid pro quo that made America the economic leader of the world.

Americans are paying less and less of their own way. All too often they live by depending "on the kindness of strangers." This has created a sense of being obliged by receiving favors to extend new favors whenever we are asked to acquiesce in widening the web of dependency. A culture of community organizers, entitlement junkies and victim's rights advocates has changed the way Americans interpret work, saving, self-reliance and success. We do not stand on our own so much as lean on others.

In 1776 Adam Smith wrote: "It is not from benevolence of the butcher, the brewer, or the baker that we expect our dinner, but from their regard to their own interest."

Our economy has generated enormous wealth and prosperity through the last two hundred years not by passing warm and fuzzy favors among close friends, but rather through the division of labor practiced by millions of men and women buying and selling diverse talents and ideas in a free market which allows money prices to signal where, among both friends and strangers, we should buy and sell our time, our talents and our property, but some how we have come to a point where even our nation's president imagines benevolence and dependence are the basis of our success.