Published: Wednesday, March 24th, 2021 @ 12:39 am
By: Carolina Journal   ( More Entries )
Publisher's Note: This post appears here courtesy of the Carolina Journal. The author of this post is Andrew Dunn. 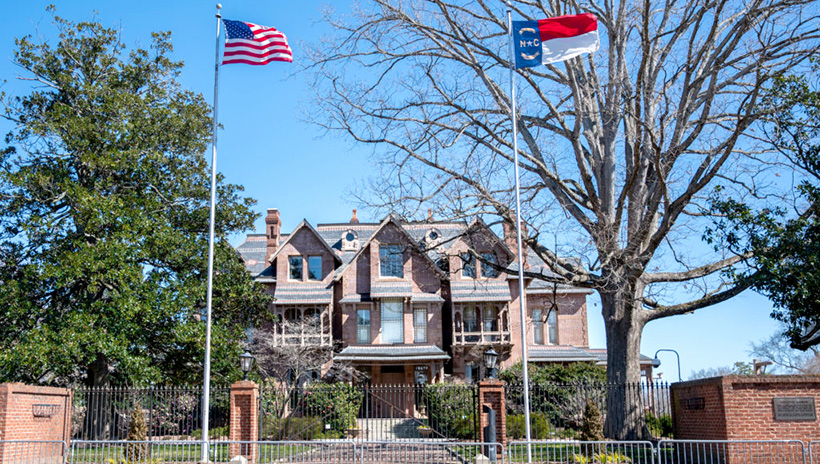 Two Moore County elected officials have launched a grassroots movement against the ongoing COVID-related executive orders in North Carolina — including the mask mandate.

Lydia Boesch and Mitch Lancaster call their organization Freedom Matters NC, with the goal to encourage people to push back against Gov. Roy Cooper's orders and "reclaim the freedoms that have been curtailed since the onset of COVID-19," according to a vision statement they published in the Southern Pines Pilot.

Boesch serves on the Pinehurst Village Council, while Lancaster is a Town Council member for Southern Pines. Both are Republicans, but they describe the group as nonpartisan.

The group mobilized publicly in March, distributing fliers to Moore County businesses encouraging them to ignore the executive orders requiring masks and social distancing and to post notices that they're doing so. They also describe lockdown orders as unconstitutional.

"Each supporter of Freedom Matters NC is involved for different reasons," Boesch and Lancaster wrote. "Those reasons include a concern over children not in school, the drastic increase in youth loneliness and depression, the inability to see aging parents, the harmful impacts on small businesses, the fact that only one man (Roy Cooper) dictates these mandates, the increase in domestic violence, and more."

A week later, the group petitioned the Pinehurst Village Council, asking the board to declare the town a "sanctuary village" and suspend mask mandates, social-distancing requirements and curfews. In an act of civil disobedience, the group members did not wear masks at the indoor meeting, despite the mayor's requests that they do so.

Their efforts have stirred controversy in Moore County. The Pilot's editorial board wrote an op/ed decrying the movement and claiming they were spreading lies about the efficacy of masks. They also criticized some members of the group for using the word "uprising" in their communications.

The two council members pushed back in a letter to the editor.

"Frankly, we believe it's irresponsible to blindly follow a governor's edicts without question and without analysis of their harms," they wrote.

A new bill that would rewrite the state's Emergency Management Act advanced through a state House Judiciary committee this week. It now sits in the House Rules Committee.