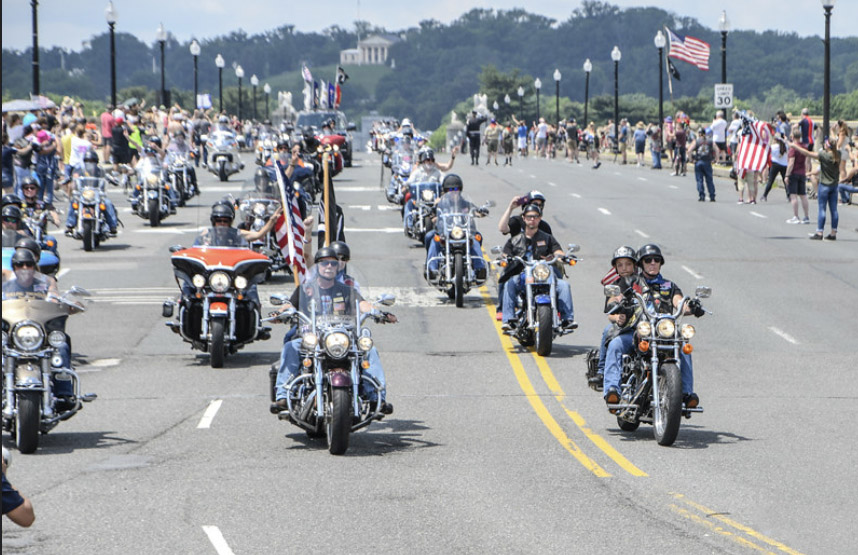 Veterans and their advocates, including a Republican congressman, reacted with anger over the Biden administration’s decision to rescind a parking lot permit for a veterans group to host a popular Memorial Day event in Washington, D.C.

AMVETS hosts the “Rolling to Remember” motorcycle rally to honor prisoners of war and those missing in action and to raise awareness about the veteran suicide crisis, the organization’s website says.

The Pentagon’s special events department originally approved the permit to use the building’s parking lot but cited coronavirus concerns as grounds to take it back.

Republican Florida Rep. Brian Mast, a combat veteran who lost both legs to an insurgent bomb while fighting in the Army in Afghanistan, told Fox News that he is furious over the move.

“We are blessed beyond words to be citizens of the greatest country on Earth and only live free thanks to the men and women who made the ultimate sacrifice. But sadly right now, in Joe Biden’s America, it is easier to cross the border illegally than it is to get a permit to pay our respects to our nation’s fallen heroes,” he continued.

Despite the backlash, the Pentagon stood firm on the permit and explained its reasoning in a statement.

“Unfortunately, the department has disapproved AMVETS permit request,” the Department of Defense said, according to WJLA-TV. “The department took into careful consideration all aspects of AMVETS request, to include the current Health Protection Condition status on the Pentagon Reservation; substantial community transmission of COVID-19 in Arlington County, Virginia; number of Americans fully vaccinated across the nation; nature of this event with its decreased ability to maintain physical distance; and large crowds in one location for an extended period of time …

“This event draws national attention and participation; therefore the risk of exposure from participants from other communities extends well beyond the National Capital Region.

“If COVID-19 conditions permit, the department would gladly consider supporting a future event request from AMVETS, potentially as soon as this Labor Day weekend.

“The department looks forward to supporting future events with AMVETS, and as always, we appreciate AMVETS’ support of our veterans, their families, and their communities, including promoting better awareness of veterans’ issues, as well as AMVETS continued support for our missing-in-action service members.”

The event started in 1988 as “Operation Rolling Thunder,” according to a 2005 report on its history by U.S. Veterans Dispatch.

In 2019, “Rolling Thunder” founder Artie Muller announced it was getting too expensive and complicated to logistically control and that year would be its last, according to a Washington Post report from the time.

AMVETS, a nonpartisan veterans service organization, took over the event in 2020 and renamed it “Rolling to Remember,” WUSA-TV reported.

The ride was scaled back last year because of the pandemic, but the tradition continued for its 33rd year, AMVETS reported.

While the event coordinators are now trying to make arrangements with Robert F. Kennedy Memorial Stadium in D.C., this was still a major slap in the face to veterans looking forward to the event.

The Biden administration is only fueling political divisions in the United States by not respecting veterans who sacrificed immensely for this country, and it must reconsider its decision.