Published: Tuesday, July 6th, 2021 @ 11:37 am
By: Carolina Journal   ( More Entries )
Publisher's Note: This post appears here courtesy of the Carolina Journal. The author of this post is Jeff Moore. 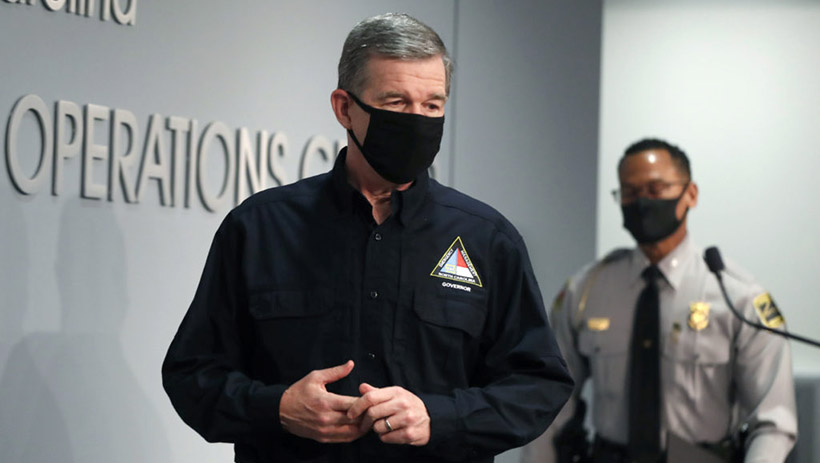 Included in the N.C. Senate budget bill is the core of proposed Senate reforms to place limitations on the governor's emergency authority, namely firmer language requiring approval of the Council of State — a group of 10 statewide elected officers, including the lieutenant governor, auditor, and attorney general — for emergency executive orders.

Formerly reserved for the occasional hurricane or severe winter weather (by N.C. standards), over the last 15 months executive orders declaring states of emergency have been leveraged by the governor to restrict people's movements, limit gatherings, shut down businesses, set curfews, close schools, mandate masks, and prohibit standing too close to another person.

What was undoubtedly a small hypothetical to lawmakers drafting the N.C. Emergency Management Act years ago became an unavoidable reality over the last year of pandemic panic. The governor has leveraged the language of the act to indefinitely and unilaterally issue majorly disruptive edicts regardless of opposition from the Council of State. Lawmakers, representing affected constituents, appeared powerless to stop the abuse.

In response, the House and Senate each advanced legislation aimed squarely at limiting gubernatorial powers during states of emergency by adding specific requirements to dilute that unilateral authority. While the bills passed their respective chambers, neither made it to the governor's desk, where they would almost certainly be vetoed.

However, the reforms passed by the Senate earlier this year can now be found in the Senate Bill 105, the budget bill. The reform hinges on requiring concurrence from the Council of State, but also places time limits on such orders and eventually requires legislative approval as well.

Under the proposed change, the governor has 10 days from issuing an emergency executive order to get the concurrence of the majority of the Council of State, without which it would automatically expire. If the Council of State does approve an emergency declaration, it may continue for a maximum of 45 days. Any emergency declaration extending beyond 45 days would require approval from majorities in the N.C. General Assembly.

A primary sponsor of the prior Senate bill, Sen. Bill Rabon, R-Brunswick, argued at the time that emergency powers with no time limit are antithetical to representative democracy itself.

"North Carolina is one of only 15 states with no time limit on an emergency declaration," Rabon said. "No single person should have unchecked authority to wield emergency powers for an indefinite period of time. It's inconsistent with the basic idea of representative democracy."

Similarly strong sentiments were echoed in the N.C. House leadership this spring. House Majority Leader Rep. John Bell, R-Wayne, has consistently called for stronger accountability going forward so as to avoid the unforeseen abuses that now appear so obvious.

"We can all agree that COVID-19 has required emergency action," Bell said in a statement in March. "However, the current law granting these emergency powers was simply not written with today's challenges in mind. [T]he governor has exercised absolute power by dictating what businesses can open, how schools can operate, and where and when people can gather — without following statutory mandates to consult with the Council of State."

The intended reforms in the Senate budget will reinforce said mandates and much more, making concurrence between the House and Senate on the inclusion of such language likely.

As for final passage into law, the question of Gov. Roy Cooper's political capital, and whether he has enough to veto yet another budget that doesn't suit his policy goals, remains to be answered. Some political observers have interpreted this and other politically controversial provisions of the Senate budget bill as virtually guaranteeing a veto. Others speculate that this issue, in particular, may animate Democrats to think in wider balance-of-powers terms, and the inevitability that it won't always be a Democrat in the governor's mansion, and that may be enough to override said veto.

Ultimately, that question won't be answered until lawmakers finish a budget and send it to the governor's desk to find out.
Go Back