Pitt County Schools going woke, to the tune of a half million dollars | Beaufort County Now | Now this should produce students who can read, write and cipher

Pitt County Schools going woke, to the tune of a half million dollars 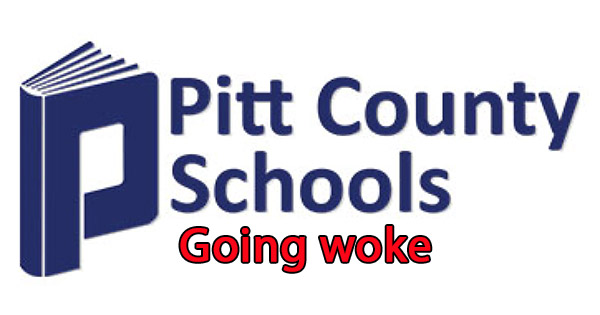 Earlier this year the United States Congress passed the ‘American Rescue Plan,’ a gargantuan and profligate spending package sold as COVID relief and that included billions for schools. The money is allotted among the states, and then from the state level down to the county school districts, where locals allocate the money to relevant and eligible uses.

What are the chances that some of this money gets used for non-relief purposes? 100%

What are the chances that those eligible purposes include advancing the front in the Woke Culture War we’re currently enduring? 100%

EXHIBIT A: Pitt County Schools, over half a million dollars, and two new ‘Equity Directors.’

The American Rescue Plan (ARP) Elementary and Secondary Schools Emergency Relief (ESSER III) Fund Fund provides nearly $122 billion to states to help safely reopen and sustain the safe operation of schools and address the impacts of the coronavirus disease 2019 (“COVID-19”) pandemic on the Nation’s students by addressing students’ academic, social, emotional, and mental health needs. Of this amount, NC received $3.6 billion. The NC State Plan outlines how the the state will implement the grant program and track its outcomes.”

Pitt County Schools invites you to review the plan and provide comments no later than July 22, 2021 5:00 p.m”

Well, a parent reviewed the plan, and noticed something: the plan calls for using over $500,000 of this money to hire two Equity Co-Directors to: “[…] provide training and lead programming around diversity, equity, and inclusion. Increase the capacity of district staff and create districts’ equity teams to include teachers and other school staff and students, families, and the community at large. The impact of hiring these co-directors should be a direct result of building staff capacity at all schools, which will translate to building relationships with all students and providing culturally relevant pedagogy for all students.”

The equity and inclusion movement, to be sure, is part and parcel of the Woke Cultural Revolution being pushed by the Left in our public schools.

Pitt County Schools wants to take half a million bucks of taxpayer money to hire two Woke Culture Warriors? But Critical Race Theory in out schools is just an illusion? We’d bet that Pitt County parents would love to comment on such a use of that money, and they can do so right here.

Recently, the push back against CRT in public schools has become pronounced, and branded according to partisan politics. Many parents, across the spectrum, have taken a stand to root out Woke concepts from being taught in school as fact. The current refrain from the Left? ‘tHaT’s NoT CRT, dUmMy! iT’s JuSt dIScUsSiNg rAcE! StOp SpReAdInG cOnSpiRaCy ThEoRiEs!’

It’s a weak defense; at least for anyone with half a brain and eyes in their head.

One need look no further than how many schools have an ‘Office of Equity and Diversity,’ or ‘Cultural Responsive Teaching Centers,’ or ‘Diversity, Equity, and Inclusion’ initiatives to see how pervasive the Woke Dogma really is through out public education. Parents and communities have noticed the core tenets of Critical Race Theory in school instruction materials and teacher trainings, but they are ridiculed as reactionaries and conspiracy theorists because, according to proponents, schools aren’t really teaching the academic theory in full, at a college level.

It’s gaslighting of the highest order, of course. It might even warrant abandoning the specific CRT label, to focus fire instead on the entire universe of post-modern Marxist ideologies that underpin the advent of Woke Cultural Revolution. The Left can argue semantics all they want, but the core ideas being communicated to kids about their race, their status, their guilt, and their expectations is anathema to the principles underlying the American idea, and they are preached in public schools across the country.

The Left knows this — why else would they term it the “fundamental transformation of the United States of America”? — but they also need to control the narrative. Being critical of Woke instruction is therefore unacceptable, because the course of indoctrination requires conformity or else. There is no half-way here; the transformation must be complete.

These ideologies, focused on race, but rooted in Marxist collectivism, are sold as honest attempts at honest education. They have “good intentions,” and opposing those good intentions makes you a a denier, complicit in the systemic oppression of minorities, and an insensitive White Supremacists at the very least.