SCOTUS rules illegal immigrants must be retained by the government, not turned loose | Beaufort County Now | Decision could have far reaching implications

SCOTUS rules illegal immigrants must be retained by the government, not turned loose 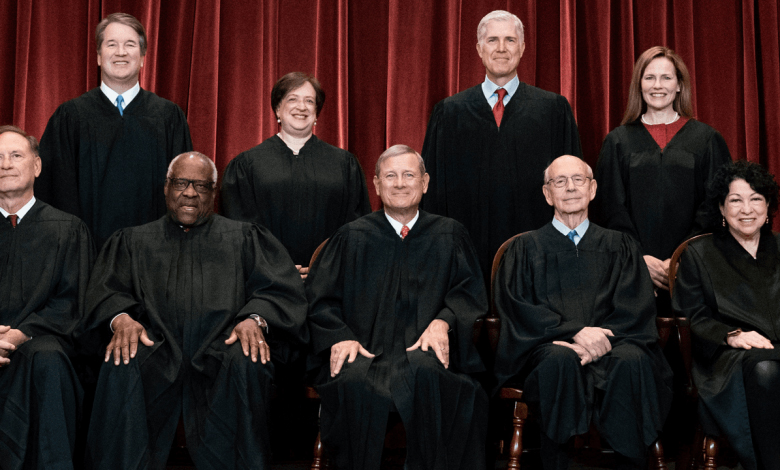 Last week, the Supreme Court struck down Biden’s border policy, forcing federal agencies to reinstitute the Trump-era “Stay in Mexico” policy for illegal immigrants who cross the border into the United States.

The decision came amid record-breaking numbers of illegal border crossings since Joe Biden stepped into the Oval Office this past January and may work to stem the migrant surge.

Conservative commentator Dinesh D’Souza weighed in on the Supreme Court’s ruling against the Biden administration, stating that the reversal of the Trump policy, also known as the Migrant Protection Protocol.

He points out how a Trump-appointed judge agreed with the Texas and Missouri lawsuit against the Biden administration, prompting the administration to rush to the Supreme Court and have the matter litigated.

“And the Supreme Court said, A: You’re not getting the injunction and B: you’re not likely to prevail when it is litigated,” notes D’Souza.

“It’s kind of interesting to read these legal opinions,” says D’Souza. “This is a… it’s really a masterpiece of clear reasoning. I want to give you a sense of what this reasoning is like.”

“The United States code is really clear about the matter and basically said that if somebody comes to the border and wants to be admitted, it says that the alien ‘shall be detained to determine if they shouldn’t be removed from the United States. They should be then asked to produce valid documentation if they don’t have valid documentation, or if they misrepresent their ideas,’” he said.

“It says that the illegal must be, if you’re going to allow them in, the government must detain them,” states D’Souza. “And in a sense, keep them under government supervision. Now, needless to say this was not done. And not only was it not done, no reason was given for the violation of the law for the flagrant ignoring of the U.S. code.”

“The Biden administration, the judge says has ‘not offered a single justification for suspending enrollments in the program during the period of review,’” he continued. “So there’s supposed to be a review. They don’t really review it. They just go temporary suspension, permanent suspension.”

“Now it’s one thing to say that Biden wants to reverse what Trump did, but what Trump did was consonant with the law,” he adds. “And so in trying to overrule Trump, what Biden was doing is getting away from the law. The point that judge makes, which I think is really interesting is that in most cases, many, many cases, these illegals don’t have claims of asylum that have any merit at all, they are trained and coached by left-wing lawyers to say, ‘oh, I’m being persecuted in my country.’ They don’t even know what that means. They’re not being persecuted, not to deny that they aren’t hungry, not to deny that. Poor, but that is not a legitimate basis for claiming asylum.”

“The left wing immigration attorneys know this,” he says. “And so they advise these illegals to say the right words about asylum, knowing that when their actual case comes up, but they’re not even planning to show up for that case. So the whole thing is a scam racket that the Biden people have been running “