Parents rally to support Lt. Gov. Mark Robinson | Beaufort County Now | The Lt. Gov. does not back down 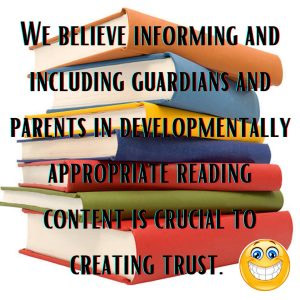 A brewing controversy is getting a full head of steam in North Carolina after Republican Lt. Gov. Mark Robinson spoke at a pastor’s conference and said that indoctrinating school children is filthy.  His statements happen when parents in groups in at least two different counties in North Carolina, Wake and Orange, discovered that public school media centers have obscene materials easily accessible to children.

“We need everyone to show up to support the parents of Orange County, we will be exposing the filthy books they have put In front of our children and the mask mandates and the vaccine mandates they have pushed on our teachers and staff but the books are the main thing , these are books teaching kid show to do inappropriate things to each other in sexual ways it’s disturbing and disgusting,” Organizer and Mom, Tonya McFalls, told me about a rally she plans to have on Monday in Hillsborough, before a school board meeting.

WHAT ARE THEY RALLYING TO SUPPORT?  LT. GOV MARK ROBINSON

Below is a video of Robinson, released on Facebook. He talks about the controversial statements and shows explicit photos of books in the school district, proving his Point that indoctrination is filthy.

Robinson started the first Task Force to fight indoctrination in the North Carolina schools and influence public policy about the curriculum in schools.  In the video, Robinson discusses materials that were submitted to his task force by a parent of a North Carolina student, which clearly shows what the average person would consider pornography.

“I am asking for anyone who agrees with me to share this video and to say that enough is enough,” Robinson in the video. Supporting Robinson’s call to action is the inspiration of the McFalls event on Monday at 5PM

These activists are simply a group of people who came together for this purpose and want to speak about their support of Robinson and these books before a scheduled school board meeting on Monday, Oct. 11, 2021, at 3700 NC  86 South, at the A.L. Stanback Middle School Auditorium.

I reported earlier on Saturday that a parent in Wake County had attended a school board meeting on Tuesday, Oct. 5, and spoke about a book his son found called Lawn Boy, and he reminded the Wake County School Board that giving children pornography was a felony in North Carolina.

McFall’s group is concerned over the same books and what the content will do to their children’s developing minds.  The Orange County activist/parents are joined by Wake County parent/activists, who share a similar point of view on the materials.

From my article about Wake a father told the school board there:

“I contend that it is absolutely intolerable, for any adult, let alone the adults that we trust to teach our children either to knowingly to through their ignorance permit the dissemination of objectively obscene materials to children, and it appears that this is what is occurring in some of the Wake County Schools, “Pastor Chad Slotta, told the school board. He wanted an audit as well.

Key Point: “The process by which books are chosen for our schools is at best broken and at the worst, corrupt,” Slotta told the school board,  and as Slotta pointed out, might be a class 1 Felony.

Here is Robinson's video response to the controversy: