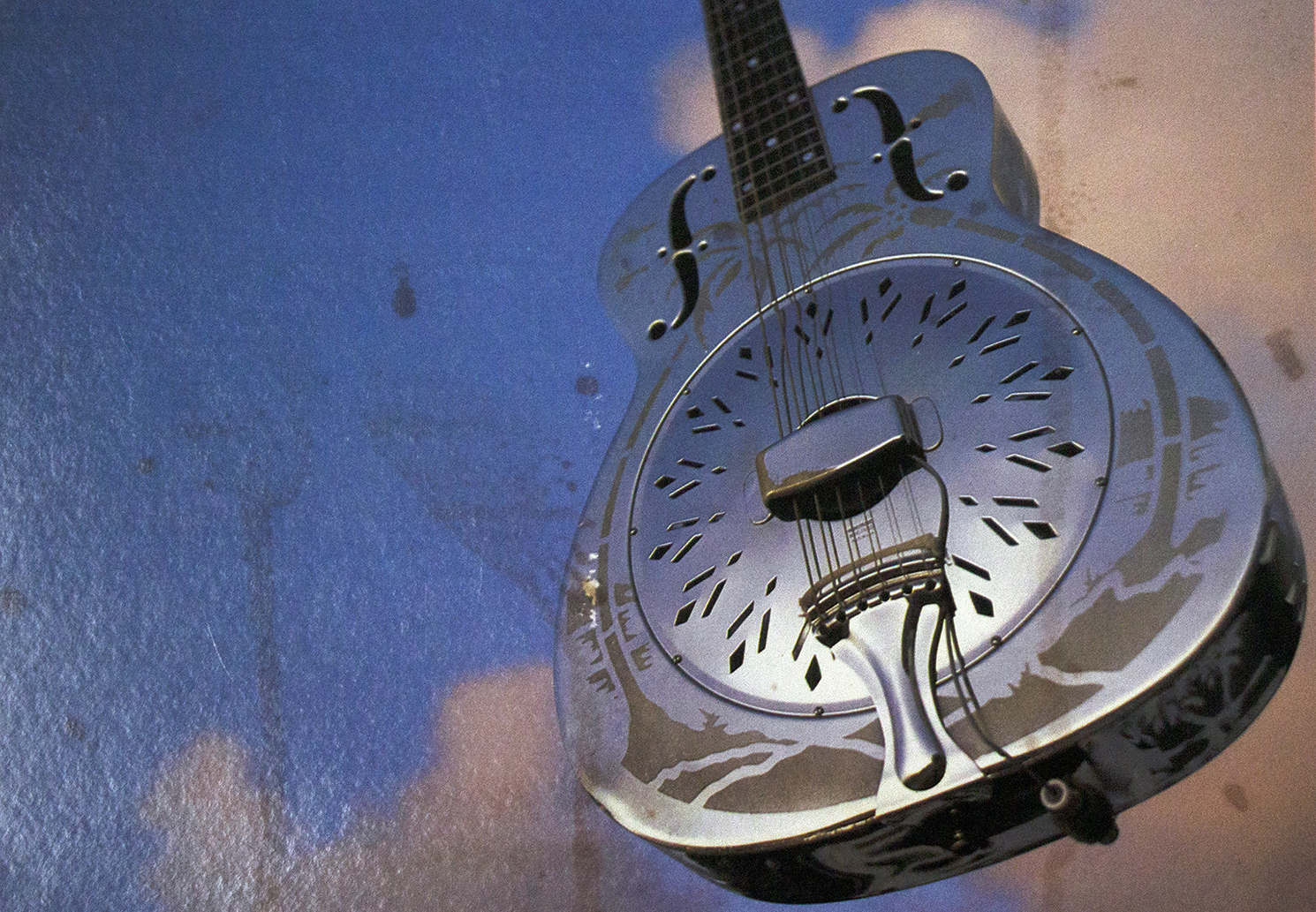 This is the fifth installment of a new series regarding music I care about enough to begin the struggle to wander down a poor path toward the playing of that subject song; a list of which can be found here.

I have always enjoyed music; however, I did not come from a musical family, but I understand that familial paradigm quite well; some families do not promote the musical genre within their familial environs for many reasons, not least of which they were never themselves exposed to wonderful music in their impressionable years of maturation. Simply, many folks of hard working families, in years of America's past, have struggled mightily to better their lot and did not, or could not discover the valuable time to have a proper introduction to the meaning of melody as a source of happiness. This is a reality of individuality, of otherwise purpose; it is neither wrong or right, it is just what some folks know, or don't know. Regardless, I did not want that limiting of expression for myself, or my young family, and that was my choice for them, as well as for me.

As I was too busy working and playing father as a far younger man, I never could find the motivational impetus to learn an instrument myself; however, I did avail to my children that opportunity, with one child taking advantage of that opportunity, my son learning the piano; at first by lessons, and then on his own. My part beyond the encouragement was to pay for the lessons, plus we provided two pianos - one stationary, one electric and portable when he moved away. I did, however, expose my children to the rich music of my generation - mostly on long trips when they could not escape - and that did take, with most of my children developing a more refined taste to what is real music, incomparable in scope and everlasting in quality.

Now I am older, and remarkably having learned the rudimentary skills to play the guitar myself, beginning as a self-taught aficionado (6 years now), and remaining self taught on the pawn-shop-classic, which has a fine tone, and just waiting for its master to better learn to make those melodic tones: in a finer range; a consistently sharper style; and far more frequently in purposeful arrangement of fluidity. It is my extending wish that I will have the distinct pleasure of teaching a child, or grandchild to play well enough to enjoy the process; not waiting until they become Seniors amongst us, such as I did.

Dire Straits, with Mark Knopfler now a well qualified Senior on so many levels amongst us and then their creative leader, was one fine group of outstanding musicians that did create 6 outstanding albums that have well stood the test of time. After disbanding the band to pursue other creative interests as a solo artist mastering a variety of musical genres, the musical genius, Knopfler, always comes back to the creative instincts of his golden days in the sunny accolades of the near perfect melodies of Dire Straits. "Brothers in Arms," just one of many great creations during their musically extra fertile moments of making melody that became finely interwoven within those of us that were incredibly fatigued by the blaring myopia of Disco, just terrible pop swill that begged for a good killing, and mercifully did receive that fate.

Fortunately, the creative wonder of Dire Straits that helped save us from Disco, and then Mark Knopfler as a solo artist /composer continued that melodic stream of consciousness, and today music lovers have much to enjoy, in this specific case the classic melody - "Brothers in Arms" - truly within the rarefied spectrum of the perfect song.


I made this image of my own album cover of Mark Knopfler's famous Resonator (a Dobro /Guitar hybrid), entitled "Brothers in Arms"; the album cover well exhibiting the ravages of time spent in my dark attic. Now, since our musical world is predominately digital; however, the stains of these dark hours of so many years wrested from my conscious time does not bely any disinterest in this great song, and, metaphorically, in the quality of the vinyl disc itself, which remains pristine: Below. photo by Stan Deatherage Click image to expand.

This perfect song was written in 1982 during the Falkland War, a well reported dustup between Great Britain and Argentina over the sovereign rights to the Falkland Islands, a beautiful archipelago located in the South Atlantic. Great Britain prevailed, keeping the Falklands within the Empire, and secondarily, this perfect song, "Brothers in Arms", was created, but was not recorded until 1985 as the titular melody on the album "Brothers in Arms" as the final song to close out that magnificent collection of songs. In musical events hence, if Dire Straits should ever come back together as a band of great renown, or Mark Knopfler performing solo as he is often to do, this melody often closes out those shows.

"Brothers in Arms" is at its core an antiwar song, but is infused with so much understated complexity that the melody has been claimed by many causes, and can occasionally be found as the musical reason to communicate a variety of messages in many films and videos implying a specific purpose as is the projected by creative ambitions of that visual production.

"Brothers in Arms" Performed in a Progression of Iterations, all Perfect in Harmonic Message Here Below

As is often the case with great art made by our generation's finest musical artists, each iteration performed as the artist advances in age provides a deeper, and often equally profound performance.