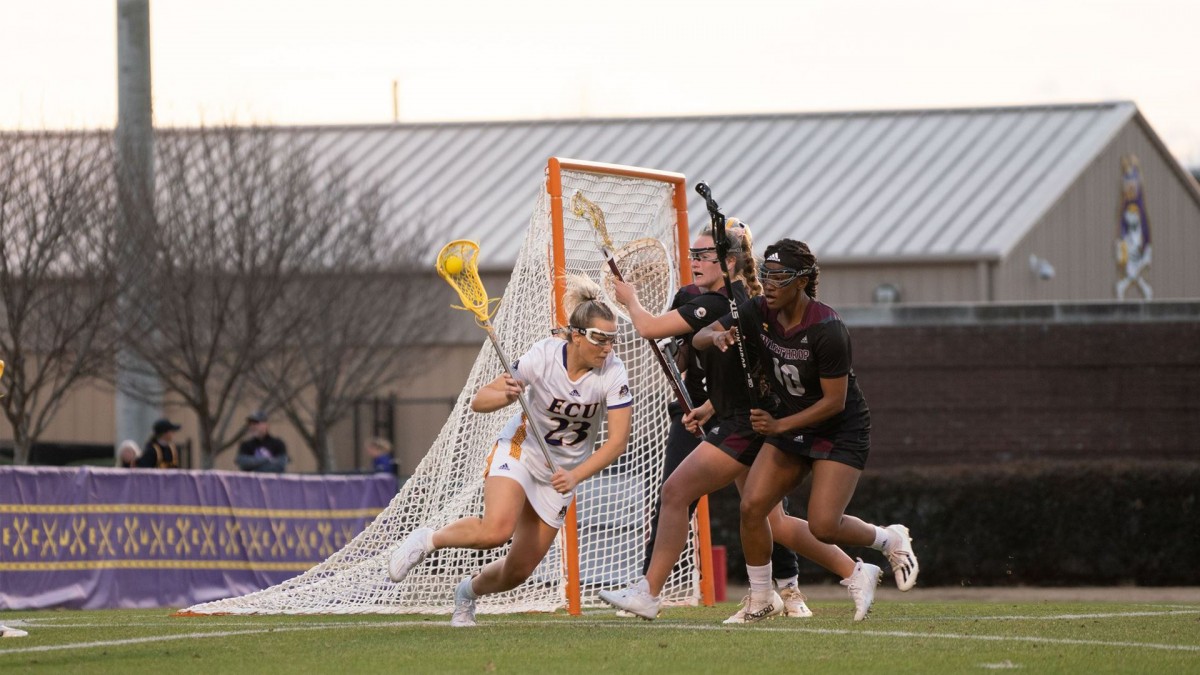 The Pirates improve to 7-5 in advance of their American Athletic Conference opener next weekend. The Tribe falls to 4-6.

Leah Bestany netted a season-high five goals and added an assist to end up with six points. Megan Tryniski also produced a hat trick while Frances Kimel chipped in with two goals.

ECU and William & Mary traded blows throughout the first period. A pair of goals by Tryniski and one from Sophia Lociero helped the Pirates stay even with the Tribe at three. Brynn Knight tallied four saves in the frame.

Through the first five minutes of the second period, both teams scored two goals to keep the game tied. Bestany scored two while LeGar found Kimel inside for a score. Payton Barr also capitalized on the free-position shot to spur East Carolina to an 8-5 lead going into the half.

The third period was all ECU as the Pirates scored six goals and put pressure on William & Mary defense. The Pirates did not allow a goal in the period as Bestany found the goal three more times.

With the game in hand in the fourth quarter, the Pirates still managed two more goals - both on free-position attempts. Meanwhile, the defense only allowed one goal on one shot all period.

The Pirates held a 30-21 advantage in shots despite the Tribe owning a 15-13 advantage in ground balls. ECU converted four of seven free-position shots while William and Mary came up empty on their two attempts.
Go Back