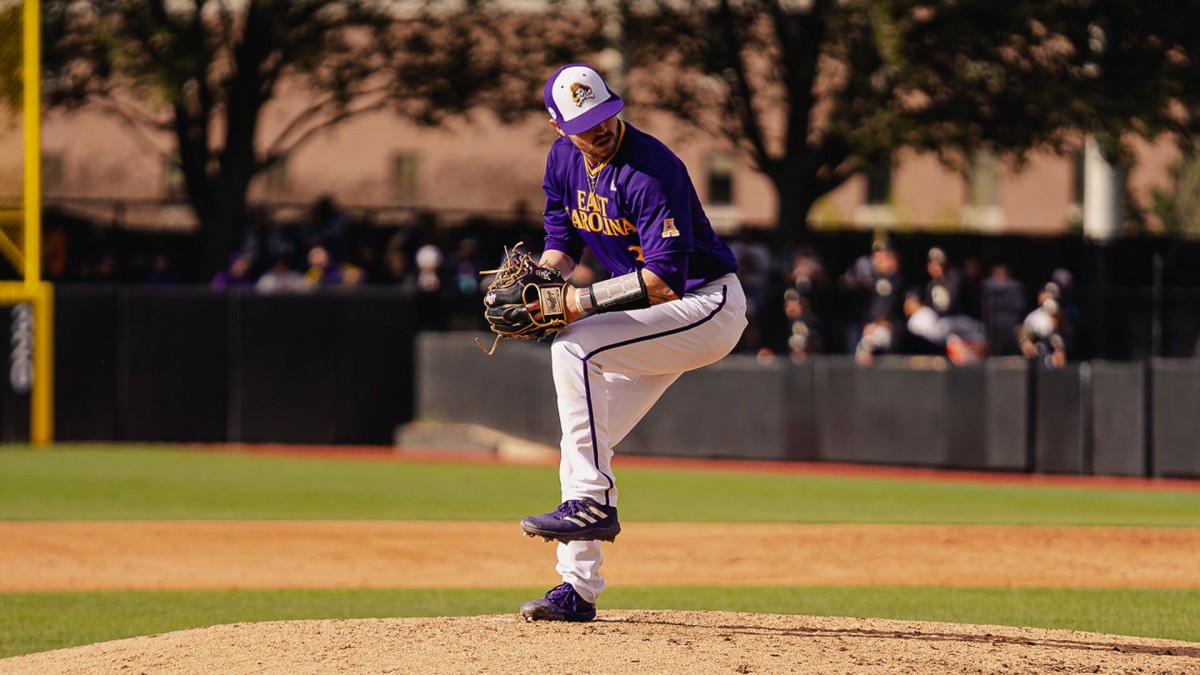 GREENVILLE, N.C.     Ryder Giles made his second start of the week tossing a career-high four innings of shutout ball, while the East Carolina offense registered nine hits in a 7-5 series clinching win over VCU Saturday afternoon at Lewis Field inside Clark-LeClair Stadium. With the win the Pirates improved to 14-10 on the season, while the Rams fell to 11-10.

ECU raced out to an early 5-0 lead after scoring five runs in the third frame. Ryan McCrystal got things going with a single through the right side and was immediately lifted for a pinch runner (Joey Rezek). Joey Berini reached on a fielder's choice and Bryson Worrell loaded the bases with a bunt single. Lane Hoover plated the first two runs with a slap single to right and Jacob Jenkins-Cowart pushed across another (Worrell) with a sac fly to left. Josh Moylan's two-RBI single through the right side plated Hoover and Alec Makarewicz accounting for the final two runs.

Leading 5-0, ECU tacked on two more in the fourth extending its lead to 7-0. Justin Wilcoxen led off with a single then took third when Berini reached on an error during his sac bunt attempt. Worrell drove in Wilcoxen on a grounder to short where Connor Hujsack air-mailed the throw into the Rams' dugout allowing Berini to also cross home.

Hujsak's third home run of the season, a solo shot to left field, put the Rams on the board making it a 7-1 game.

The Rams scored three in the ninth cutting the lead to two, 7-5. Casey Gibbs singled to start the stanza but was erased when AJ Mathis reached on a fielder's choice. Michael Haydak followed with an single to right center and Tyler Locklear cleared the bases with his eighth home run of the year, a shot to left field.

Hoover, Moylan and Worrell each had two hits in the contest, while Makarewicz, McCrystal and Wilcoxen added one a piece. Hoover and Moylan both plated a pair of runs and Berini scored twice.

ECU and VCU will conclude the three-game weekend series on Sunday, March 27 with at 1 p.m. (ET) schedule first pitch and will be streamed on ESPN+.
Go Back