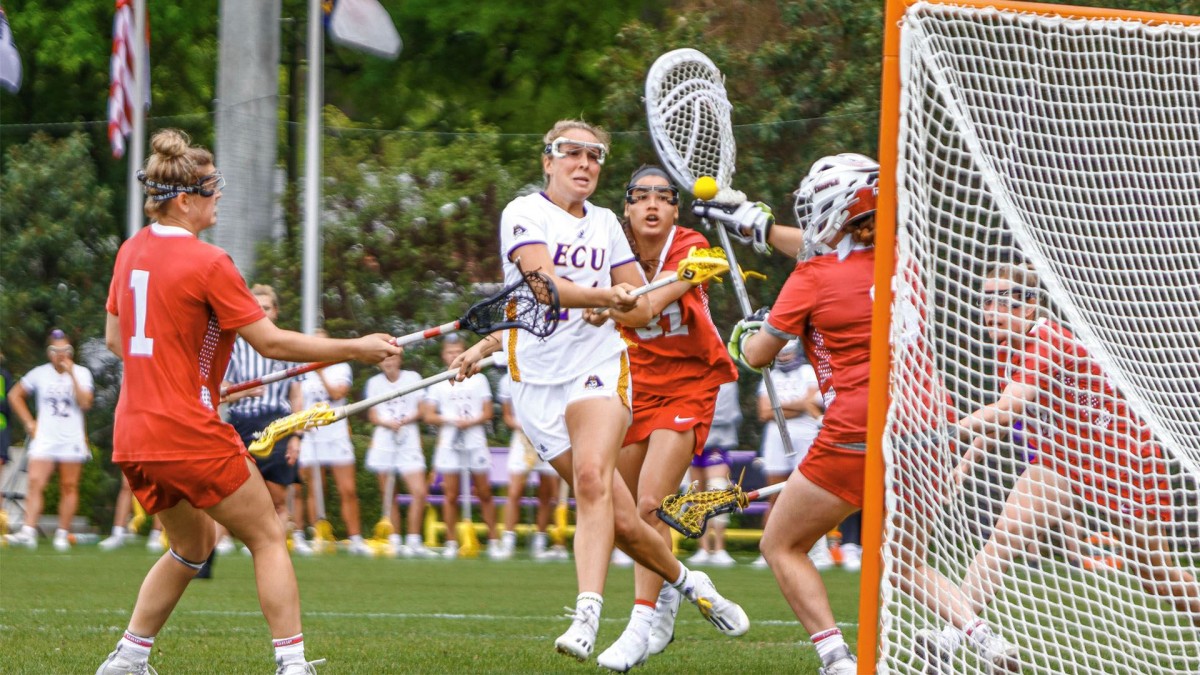 Despite a career high fifteen saves from ECU goalkeeper Brynn Knight, struggles at the draw circle cost the East Carolina lacrosse team as the Pirates fell to Temple 15-10 on Saturday afternoon.

The Pirates jumped out to an early lead thanks to a rocket start from Leah Bestany. The freshmen attacker scored the games first two goals, and four of the first six, staking ECU to a 6-0 lead midway through the first quarter. The conference leading Owls battled back, scoring the final three goals of the first quarter.

After the high octane first quarter that included nine goals, both teams' defenses started to settle in the second frame. The Pirate backline was buoyed by stellar play from Knight. Knight had eight saves in the second quarter, including multiple stops that prevented the Owls from cutting the deficit to a single goal. On the offensive end, goals from Megan Tryniski and Frances Kimel helped ECU take an 8-5 lead into halftime.

The offensive pressure from Temple began to take its toll on the Pirates in the third quarter. The Owls who held a 10-1 advantage in draw controls over the second and third quarters, gave its leading scorer, Quinn Nicolai, multiple opportunities to attack the Pirate goal and she took advantage. Nicolai went on a personal 3-0 run in the first ten minutes of the quarter to tie the game at eight. The Pirates briefly took the lead back when Tryniski scored on a goal from Kimel, but a Temple goal with less than a minute left had the game squared up going into the fourth.

The momentum that Temple had gained in the third, carried over to the fourth quarter, going on a 3-0 run in the first few minutes. Bestany was able to get a goal back on a free position shot halfway through, but the Pirate offense was dormant for most of the period. The Owls went on to score three more goals and put the game out of reach.

Temple outshot East Carolina 38-24 in the contest and went 21-8 in draw controls. Temple also controlled the advantage in free-position shots. The Pirates had the advantage over the Owls with fifteen total saves and had two fewer turnovers.
Go Back