UPDATE: Ukraine continues to pound Russia's military assets around Snake Island, with the latest vessel destroyed being a special white-painted Raptor class patrol boat that Putin has used as a parade boat at naval functions. The craft was obliterated by a laser guided bomb dropped from one of Ukraine's Turkish drones on May 8.  Russia began the war with 8 Raptors and 5 have now been destroyed by Ukraine.

Russia's capture of Snake Island in the Black Sea near the mouth of the Danube River had given them a huge strategic advantage, one that Ukraine has now neutralized with a series of attacks on the island, There is speculation that Ukraine may land troops there to recapture it.

Russia had installed air defense systems on the island that covered much of Ukraine's Black Sea coast, which would have covered a Russian amphibious landing on the most southern part of the coast near Romania.  That would have allowed Russian troops to go through Moldova and flank the key port of Odesa from the west.

Ukraine began its assault on Snake Island with an attack by its Turkish drones that knocked out the island's air defenses.  Then it hit and badly damaged a Russian frigate steaming near the island that was the most modern ship in the Black Sea fleet with a Neptune anti-ship missile.  The drones returned and destroyed two Russian Raptor fast attack patrol boats stationed at Snake Island.  Then two jet fighter-bombers of the Ukrainian Air Force obliterated all the buildings on the island in an air strike.  When Russia tried to send a new air defense system on a landing ship, Ukraine's drones destroyed it and the ship.

Ukraine has neutralized the Russian threat to its southern coast below Odesa, and if they go further and recapture the island, they will have a strong position against Russia's Black Sea fleet.  The fleet's base at Sevastopol would be in range of Ukraine's Neptune anti-ship missiles as well as the more advanted British Brimstone anti-ship missiles they have just acquired from Snake Island. 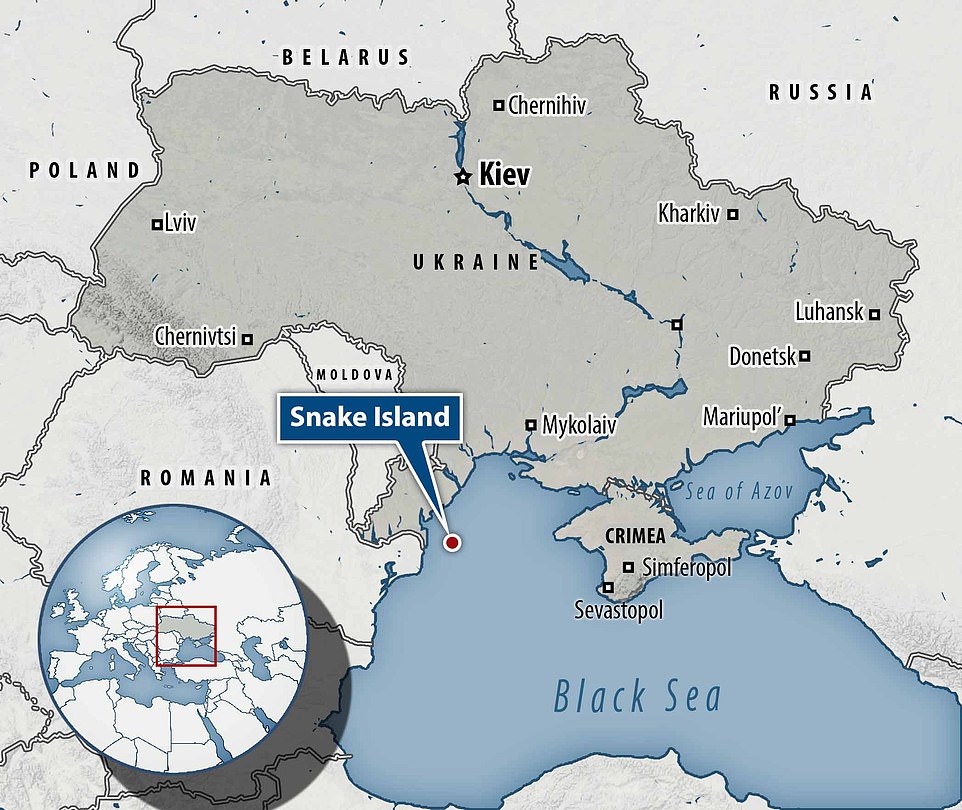