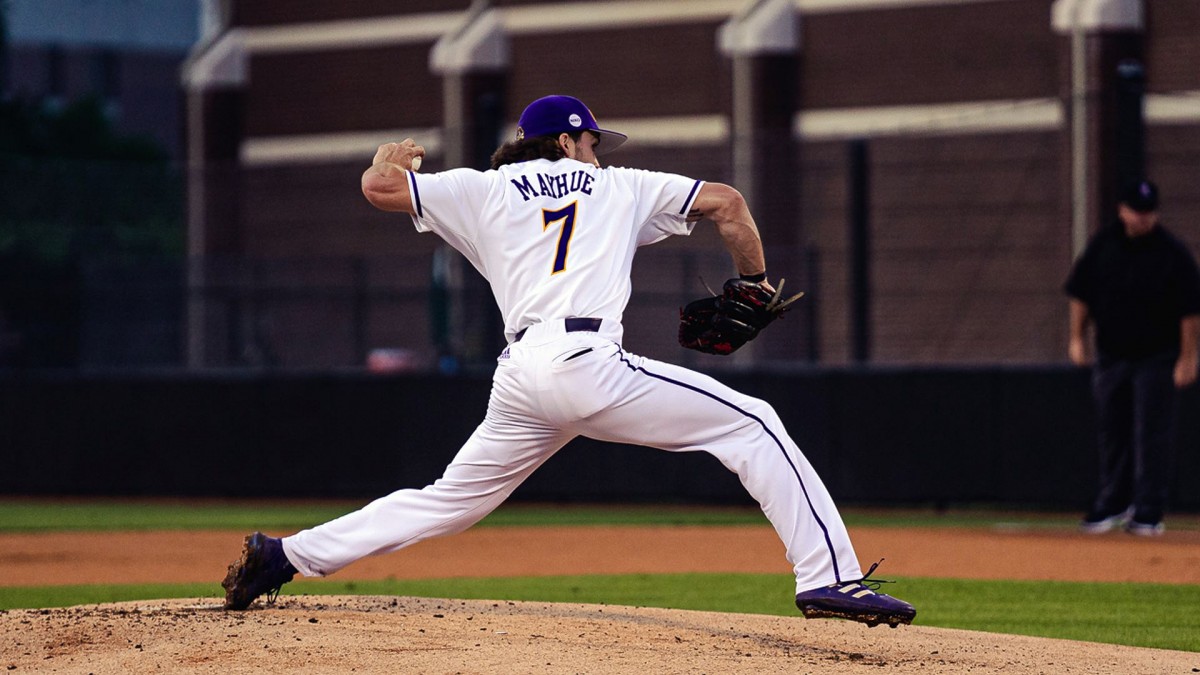 GREENVILLE, N.C.     Zach Agnos collected three hits and drive in a pair of runs, while Bryson Worrell plated a pair helping No. 25 East Carolina to a 7-2 American Athletic Conference series opening win over South Florida Friday night at Lewis Field inside Clark-LeClair Stadium. With the victory, the Pirates extended their win streak to a season-high eight games and improved to 32-18 overall and 15-4 in league play, while the Bulls dropped to 26-23 and 6-13.

ECU's offense plated at least one run in six of their eight innings including one each in the first five frames and never looked back. Agnos led the club with three hits including a two-run homer in the seventh, while Lane Hoover added two hits and Worrell drove in a pair. In all, the Pirates tallied eight hits getting at least one from five different players.

Ethan Brown (3-2) took the loss after he was touched for five runs (all earned) on five hits with a pair of walks and two strikeouts in six innings. Devin Hemenway allowed a pair of runs (earned) on three this with a strikeout in one inning, while Caleb Pundsack tossed a clean eighth stanza.

East Carolina jumped out to an early 1-0 lead in the first thanks to a two-out RBI double by Jacob Jenkins-Cowart. Hoover laced a double down the left field line with one out and took third on Worrell's ground ball to short. Jenkins-Cowart took a first pitch offering from Brown to left field plating Hoover.

Josh Moylan's solo blast (fourth of the season) to left-center staked the Pirates to a 2-0 lead after two innings of play.

The Bulls pulled within one, 2-1, in the third inning on Nick Gonzalez single to right-center coupled with a Pirate error. Bobby Boser walked with one out, moved to third on Gonzalez' hit and darted home when the ball slipped out of Worrell's hand in the outfield.

ECU manufactured a run in the home half of the third pushing its lead back to two, 3-1. Agnos led off with a double to right-center extending his on-base streak to a career and team-high 24 games. Hoover pushed him over to third on a sac bunt and Worrell's sac fly to right.

The Pirates continued to add to their lead with single runs in the fourth (wild pitch scoring Jacob Starling) and one in the fifth (Worrell sac fly plating Agnos). After Agnos' home run in the seventh made it a 7-1 ball game, USF pushed across a run in the ninth on Jarrett Eaton's fielder's choice capping the scoring at 7-2.

ECU and South Florida will continue the three-game weekend series on Saturday, May 14 at 4 p.m. (ET) and will be streamed on ESPN+.
Go Back