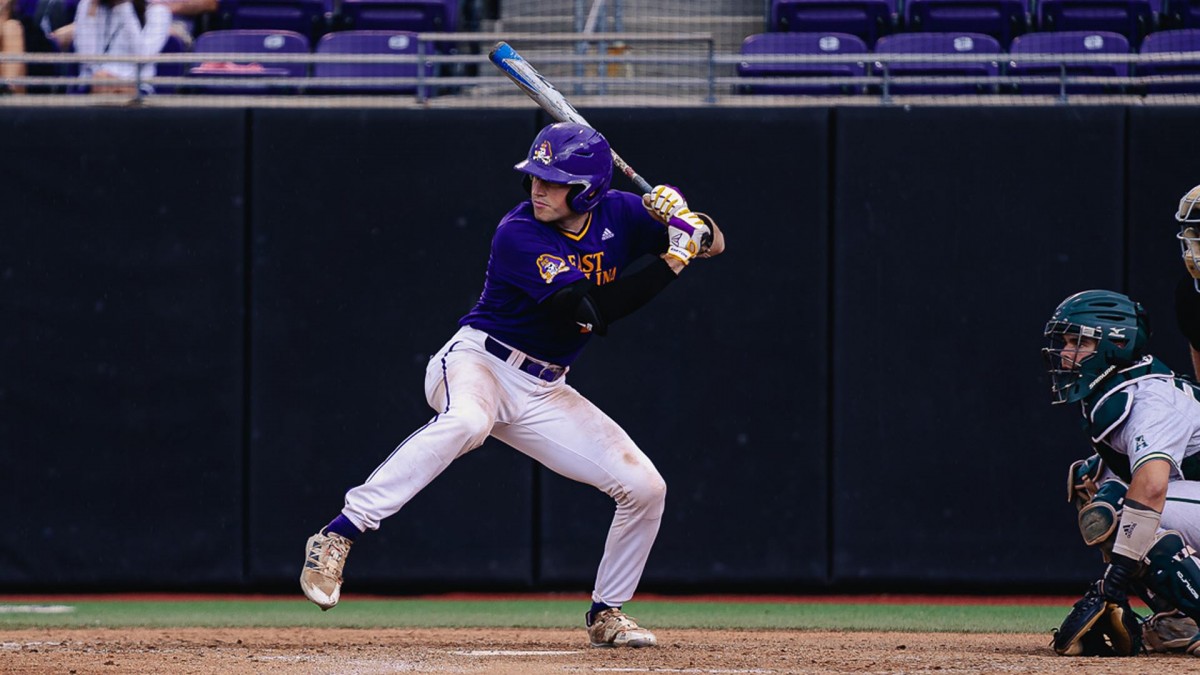 GREENVILLE, N.C.     No. 25 East Carolina scored 11 unanswered runs from the third inning on earning an 11-3 American Athletic Conference series clinching win over South Florida Saturday afternoon at Lewis Field inside Clark-LeClair Stadium. With the victory, the Pirates extended their win streak to nine games and improved to 33-18 overall and 16-4 in league play, while the Bulls dropped to 26-24 and 6-14.

With the game knotted at three all going to the bottom of the sixth, ECU scored eight runs on eight hits taking a commanding 11-3 lead. Ben Newton reached after being hit by a pitch to get the frame going. Alec Makarewicz followed with a double putting runners on second and third for Jacob Starling, who reached on an infield single to load the bases. After a balk by Hunter Mink that scored Newton, Joey Berini delivered a two-RBI single to left plating Makarewicz and Starling. Zach Agnos kept the hitting going with a dingle through the right side pushing Berini to third before Lane Hoover followed with an RBI base hit to right. Jacob Jenkins-Cowart, who reached base four times in the contest, laced his lone hit through the right side scoring Agnos.

Following a Bulls pitching change, Hoover (third) and Jenkins-Cowart (second) both moved up 90 feet on a Jack Cebert wild pitch and Bryson Worrell pushed the two Pirates across on his RBI single through the right side. Newton capped the frame with another RBI single and his third hit of the afternoon, pushing across Worrell with a shot to right field.

Mink (3-2) suffered the loss after he was tagged for seven runs (all earned) on six hits with a walk and two strikeouts in one inning of relief. Starter Brad Lord gave up three runs (all earned) on five hits with two free passes and five punch outs over four innings. Cebert (2.0 IP, 2 Hs, 1 R, 1K) and Tyler Dietz (1.0 IP, 1 K) also threw out of the bullpen.

South Florida pushed across three runs in the first taking an early 3-0 lead. Nick Gonzalez singled through the left side with one way and two batters later moved to third on Drew Brutcher's double to right-center. Ben Rozenblum plated the first two runs on his double down the left field line and Marcus Brodil's RBI base knock up the middle accounted for the Bulls' final run of the game.

Worrell finally got the Pirates on the board in the third after belting his 11th home run of the season pulling the club within one, 3-2. Jenkins-Cowart dew the second of his three walks with two away and scored on Worrell's blast to right field.

ECU tied the game at three-all in the third on Berini's pinch-hit sac fly to left field. Newton singled to start the frame, moved to second on Makarewicz single and third on Starling's sac bunt before crossing home during Berini's at-bat.

Offensively, the Pirates banged out 13 hits getting multiple from Hoover (two), Makarewicz (two), Newton (three) and Worrell (two), Berini drove in a career-best three runs while Worrell plated four on the day. Agnos (single in sixth) and Hoover (triple in first) extended their on-base streaks to 25 an 19 games respectively.

The Pirates will look for another weekend sweep when they return to the diamond Sunday, May 15 at 12:30 p.m. (ET) and will be streamed on ESPN+.
Go Back